Ugandan Transgender Web Series 'The Pearl Of Africa' Ep. 5 Asks "Have You Had To Convince People You’re A Woman?" 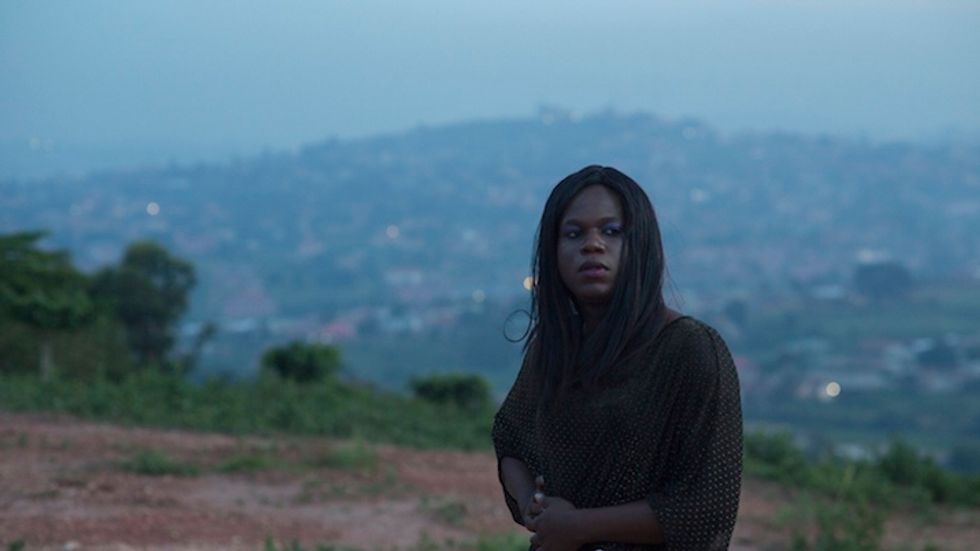 Ugandan transgender activist Cleopatra Kambugu, whose public transition and ongoing LGBTQI activism serve as the basis for Swedish filmmaker Jonny von Wallström‘s forthcoming documentary feature, The Pearl of Africa, discusses her stance within the fight for gay civil rights in the latest clip from the project. In this episode, Cleo uses the African-American civil rights movement of the sixties as an example of the struggle that gay activists can learn from and look to for inspiration. She also shares her belief that most of the homophobia she encounters stems from a place of ignorance and confusion-- a direct result of  the unwillingness of most Africans to openly engage in dialogues concerning gender and sexuality. "We are people who don't really talk about sexuality," she says. "And issues to deal with gender, are for the lack of a better word, almost rigid." It is also revealed that Cleo has been invited to a secret meeting with members of the Ugandan parliament. With only two more installments from the groundbreaking documentary left to air, we hope to see more of the activist work that Cleo engages in as she fights for LGBTQI equality . Stay tuned for our continuing coverage and watch the fifth episode of The Pearl of Africa below. For more, follow the project on Facebook and Twitter.

>>>Watch Episode 4 of The Pearl Of Africa