Ugandan Transgender Web Series 'The Pearl of Africa' Addresses The Exile Of LGBTQI Africans In Ep. 6 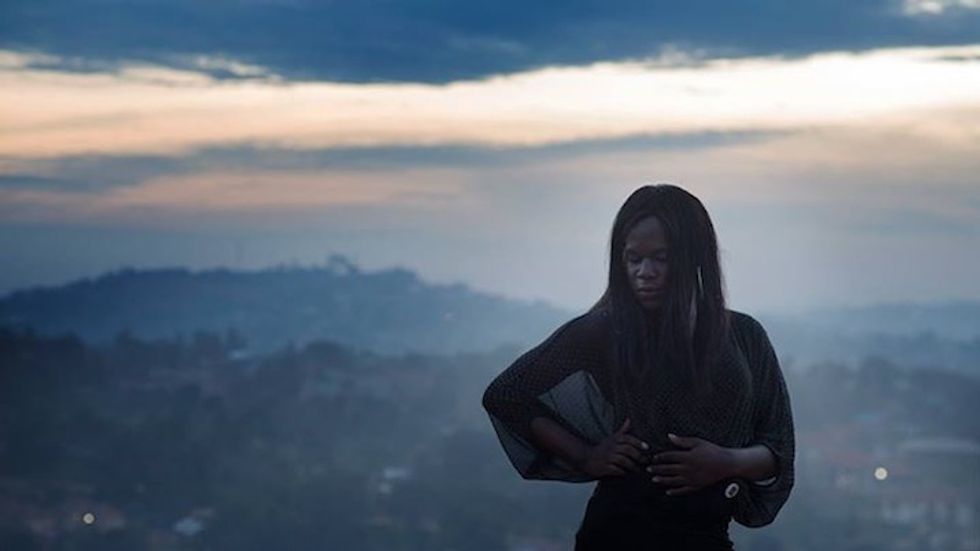 The Pearl of Africa, the web series on Ugandan transgender activist Cleopatra Kambugu, addresses the exile of LGBTQI Africans in episode 6.

The Pearl of Africa is a forthcoming documentary feature from Swedish director Jonny von Wallström which focuses on Ugandan transgender activist Cleopatra Kambugu and her life in Kampala after she makes the decision to transition openly. The documentary, which has been rolled out in short preview webisodes over the last few weeks recently released its sixth installment. As the penultimate episode of the seven-part webseries opens, it shows Cleo preparing for a trip which takes her from Entebbe International Airport to Nairobi where she fled after being publicly outed in a Ugandan tabloid. Cleo's forced exile marked a period of indefinite solitude as she was cut off from family, friends and the life she had cultivated for herself back home since coming out. "It was sad," she says of her time in Kenya. "I boarded the plane alone. I had left my boyfriend. It felt final."

The film, which began in an effort to create an impact and raise awareness about the lives of LGBTQI Africans, has also been gaining traction through a crowdfunding campaign meant to raise funds for Cleo's physical transition. With only ten days left to raise just under $4000, Cleo is very close to funding her sex-reassignment surgery in Thailand, which will be documented in the full length future.  Learn more about the campaign via the project's Indiegogo page. Stay tuned for our coverage of the series epilogue and watch the sixth episode of The Pearl of Africa below. For more, follow the project on Facebook and Twitter.

>>>Watch Episode 4 of The Pearl Of Africa

>>> Watch Episode 5 of The Pearl Of Africa