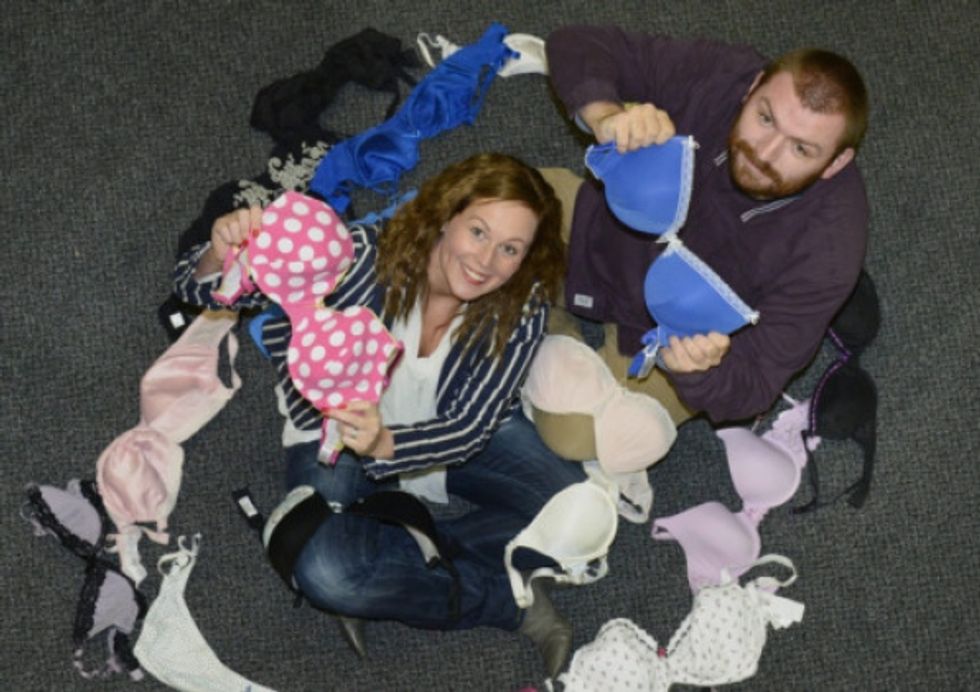 Reassessing a social enterprise project that aims to re-sell donated garments in Tanzania.

So according to Wikipedia, since the 14th century women in the West have used a variety of garments to cover, restrain, or modify the appearance of breasts. We'll take their word for it.

Fast forward to the 21st century, and now women in the West (Australia, Great Britain) want to give their bras away to help impoverished women in Africa.

Fast forward to today and two British students are heading to Tanzania for a social enterprise project to re-sell donated garments. No shade for social enterprise, but looking at the pictures of Scott Row and Emma Woodhall (below), we feel like this needs another side eye.

When Oxfam launched a similar initiative this past April there was uproar, but the debate showed that there's not a consensus on whether this type of development work is appropriate. We think for us it is not. Again social enterprise plays an important role in economic development, but there's something very crude about used personal garments. It probably has to do with the privacy we associate with body parts such as the breasts, and that combined with the dynamics of how the West engages with Africa. We're all for recycling and coming up with creative ways to encourage economic activity- but we think this particular project needs a bit more innovation, and to pause on the bras.