The Side Eye: Reliving The Colonial Past 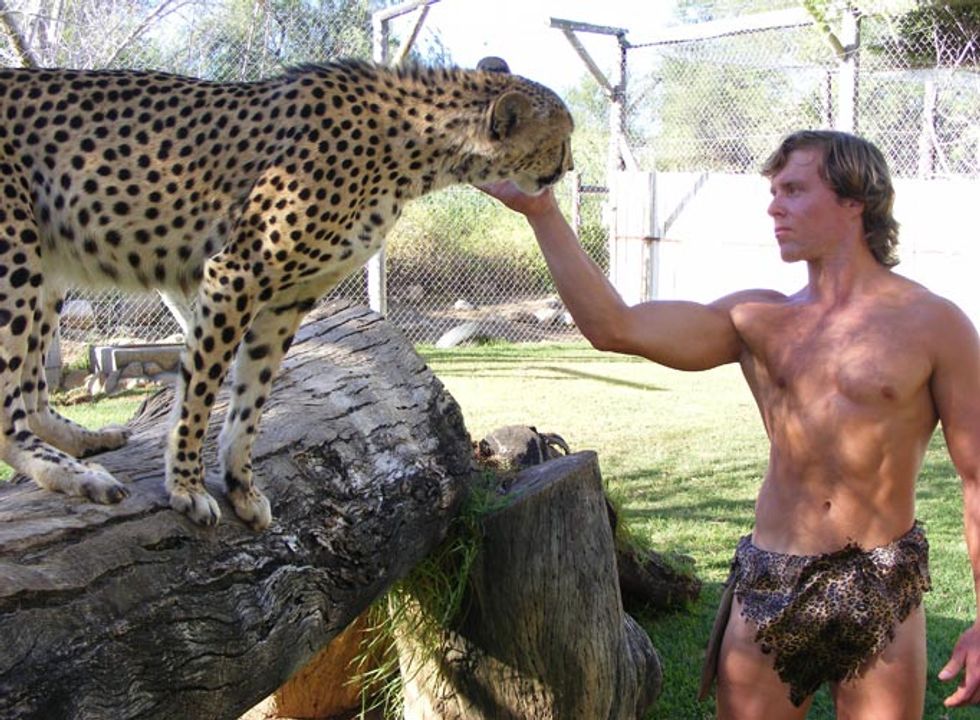 Big thanks to the blog Africa is a Country for tuning us into these two side eye stories of folks rehashing colonial fantasies. The first is a temporary hotel in London modeled after Joseph Conrad's boat in his novel "Heart of Darkness." You know, the novel that has eternally coined The Congo as the 'dark heart of Africa' in the popular imagination - "Dr. Livingstone, I presume," and all that. The story on Blackbookmag.com says the design was one of 500 submitted for a contest by Living Architecture... which raises the question: really? There wasn't one other design in 500 with a more progressive politics than effing 1903?

The second story is about a dude, DeWet Du Toit, in the Western Cape in South Africa who lives out his fantasy in a loin cloth, claiming to be the real life Tarzan. He cares for wild animals, and judging from the picture, has a few black servants, we mean 'employees.' These romanticizations of a colonial past are so whack! They definitely speak to a gross desire still present in the world for 'adventure' in the 'exotic' lands of Africa.Read the full story here.