5 Things We Learned from 'The Stoop' Podcast About Making It As a New African Musician In the U.S. 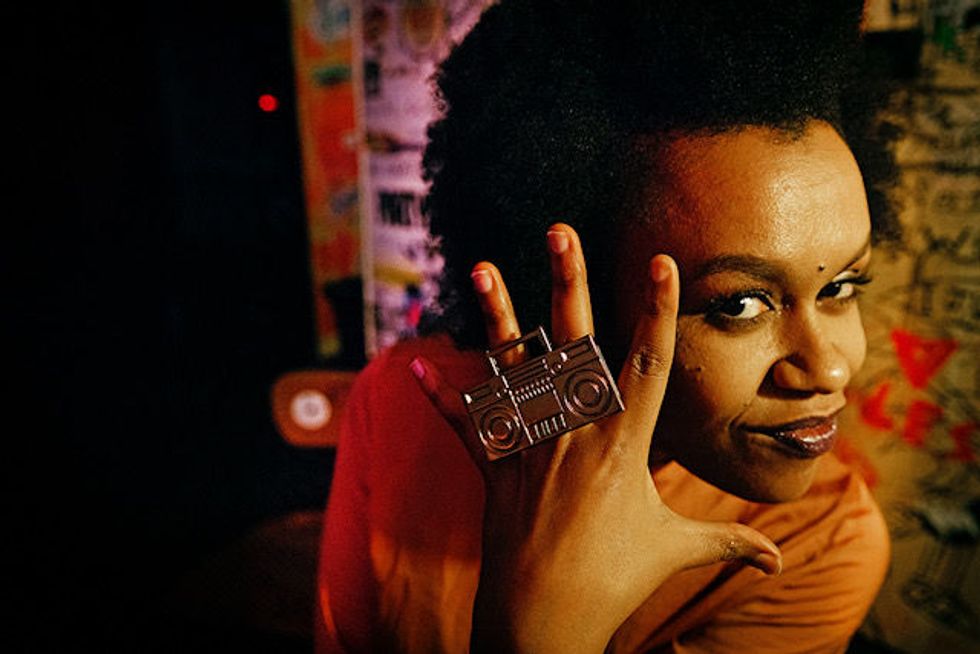 The latest episode of 'The Stoop' dives into the experiences of first-generation African musicians in the U.S.

The latest episode of The Stooppodcast, called Music from the Hyphen Line, is all about the real struggles of being a musician with the dual identities of African and American. The episode focuses on musicians, but the words ring true to anyone who knows what it's like to be a part of two worlds.

The guests, musicians Alsarah (from Alsarah and the Nubatones), Oddisee and Meklit Hadero spoke about their journeys living on the "hyphen line" - that is, the space where two identities collide and have no choice but to co-exist.

Each musician's story is a blueprint for success, especially for African immigrants who want to make it as musicians outside of their home countries. Here are our favorite highlights.

1. Get used to being a part of two distinct cultures

Alsarah spoke candidly to podcast hosts/co-creators Hana Baba and Leila Day about what she called a "love-hate" relationship with her home country, Sudan.

"I get rejected a lot by Sudanese people and I reject Sudan in return. It's like we love to hate each other," she singer said. She joked about feeling "too African for Americans and too American for Africans," a feeling shared by many African immigrants and first generation people.

Alsarah said that even though people sometimes try to make her feel ashamed for being different, she always remembers that, "the only thing shameful is shame itself."

2. Speak to your parents in a language they understand

Sudanese-American rapper Oddissee dropped the wisdom when he spoke about the fact that people growing up in the west are interested in careers that sometimes don't even exist the country where their parents are from.

"I got my parents to understand by speaking to them in their language...I spoke money and they got it," Oddissee said.

Try to understand the world that your parents and family are coming from, be honest about your career goals and work to show your parents that you can be successful.

3. Remember the power of music to make people feel seen

Ethiopian-American songstress Meklit Hadero got us in our feelings when she spoke about how lonely being a part of two worlds can feel. She recalled being called "African booty scratcher" when she first moved to the U.S. from Ethiopia, and not knowing what the slur meant.

When her family moved to a town in Florida from multi-cultural Brooklyn, it was her first time being in a world where people were only "black or white." That's when she realized that music has the power to make people feel seen, she said.

Even if you're between two worlds, there's power in the hyphen.

4. Don't change who you are just to fit in

It can be tempting to shorten your name to make it easier to pronounce or try to change your accent to sound more American, especially when you want to make it internationally.

But Oddissee stressed the importance of being comfortable enough with yourself so that other people fall in line. Don't abandon your culture. If you aren't comfortable with who you are, no one else will be, the rapper who's worked with artists as diverse as Apollo Brown and DJ Jazzy Jeff, said.

Be proud of who you are and let that pride in your culture influence your music and your style.

5. Beware: Your parents may still not get it

No matter what you do or try, there's always a possibility that your parents and/or community just won't get it. Alsarah spoke about people in Sudan who still look at her as if she is crazy, even after the gaining recognition across the globe with her mesmerizing and catchy music, which has overt references to her childhood in Sudan (many of her songs are in Arabic).

Accept this reality with respect for the sacrifices your parents have made. Keep striving for success, and even if they never "get it," you are sure to make them proud.

You can listen to the latests episodes of The Stoop below and via iTunes, and their site. For more about the podcast, revisit our interview with the shows hosts on how they're opening a space for open and honest dialogue between Africans and African-Americans.