The Ted Talk Questionnaire: Yasin Kakande on Using TED to Expose the Abuse of Migrant Workers 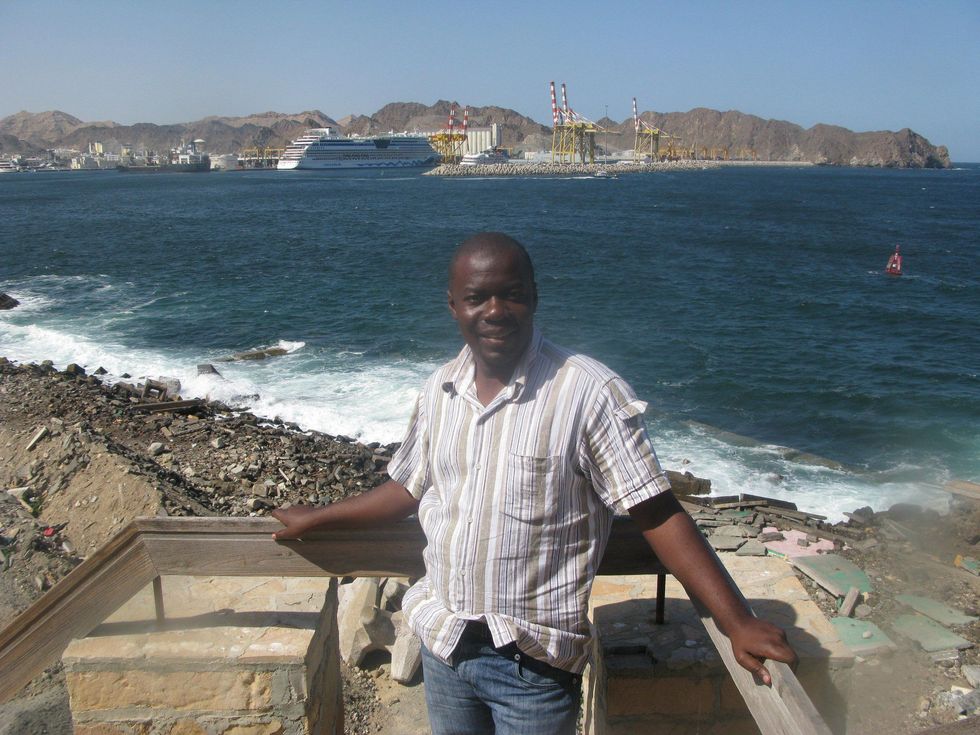 This August, Arusha, Tanzania will be the setting of TEDGlobal 2017 Conference where 21 innovators will come to spread worthy ideas. 10 are from Africa. As part of our focus on African Futures, this month we wrote to this year’s African Fellows to ask them questions about themselves and their work. TED recently announced that applications to be a 2018 TED Fellow are now open.

Find out more information about the program and how to apply, here.

Our sixth interview is with  Ugandan investigative journalist Yasin Kakande. He’s told  us about his experience uncovering human rights abuse of migrant workers in the Middle East.

How did you first find out you were selected?

I learned from an email that I had been selected. It popped up on my phone and from the headline it needed my reaction accepting the offer. I was going to a library but I could not wait to get there and use a computer to send my response, instead I pulled my car on the side of the road and using my phone I accepted the offer. I had been expecting they would take me as throughout the interviews, I had managed to sell my case to the TED team about being a witness of gruesome migrant worker abuses in the Middle East and how my efforts to put these abuses into a book had led to my losing a job and deported from my base in Dubai. Despite all odds being against me, I was determined to continue trying to put the case of poor migrant workers to the Middle East in light and I was considering TED as my next attempt. I thought I had good chances but still the news that I had been chosen was a big surprise and a “dream come true”.

Was it difficult coming up with the concept of your talk/project?

Not at all, when I first made a decision to apply for TED I had a message I wanted to communicate to a global audience. TED provides one of the best platforms to spread ideas throughout the world.

What made you passionate about your subject?

As a journalist in Dubai, I was following the thousands of Asian and Africans migrating to the Gulf region, in order to make a living for their families. Unfortunately for many the migration journey is full of deceptions, abuse and isolation. I wanted to challenge the perception of migrant workers as commodities, both in their home and their host countries. I believe that by feeding the broken information cycle to migrant workers, making recruitment more transparent and fair, and changing the perceptions of migrant workers among their Arab employers, these people can experience a migration journey with honest pay for honest work.

What do you anticipate the world’s response will be?

There has been a global conspiracy to cover up atrocities committed by the Middle East dictators largely because oil corrupts. The gulf petro dollar has strengthened, emboldening the acquiescence of the American and European politicians, media and think tanks. Most western universities and policy institutes receive impressively generous funding from the Gulf monarchies and, in exchange, the tone of academic discourse constrains the focus on human rights abuses. My books that sought to expose this corruption suffered from this politics as well. I think my speech at TED will help the world wake up to the realities other less fortunate people have had to go through to earn a living in the Gulf Arab region.

To the next generation of intellectuals reading about you and inspired by you what would you say?

I would encourage everyone to always speak up against all injustices whether they are committed against them or against other people. Most victims of injustices like those committed against poor migrant workers in the Middle East do not have a platform or even knowledge of speaking up and this undertaking would overwhelm them immediately. It is very unfortunate if someone witnesses these injustices and also keeps silent, that is like uniting with the exploiters. But the only difference between you and those abused is simply luck. Whenever a voice like mine is silenced the perpetrators of abuse get a false sense of power over all voices and feel even less of a rush to address the issues of human rights.

Personally what does it mean to you to be selected as TED fellow?

Being selected as a TED fellow is a privilege and also a responsibility on my side. TED is a wonderful global platform that ideas like mine of universality of human rights would spread easily. I have recently been turned down on many platforms because my work was considered too critical of the Gulf Arab sheikhs that are the main funders of most platforms, media and academic institutions today.

Where do you hope to go from here?

I am hoping to continue with my activism calling out and identifying migrant and human rights abuses whenever it happens. Encouraging people to speak out and seek advice and an empathetic listener whenever they encounter abuses. I have been doing this without a platform and now hope the TED platform will make my work better.

Check out the rest of our interviews with this year’s TED Fellows here.