The Music Of William Onyeabor Live On The Tonight Show 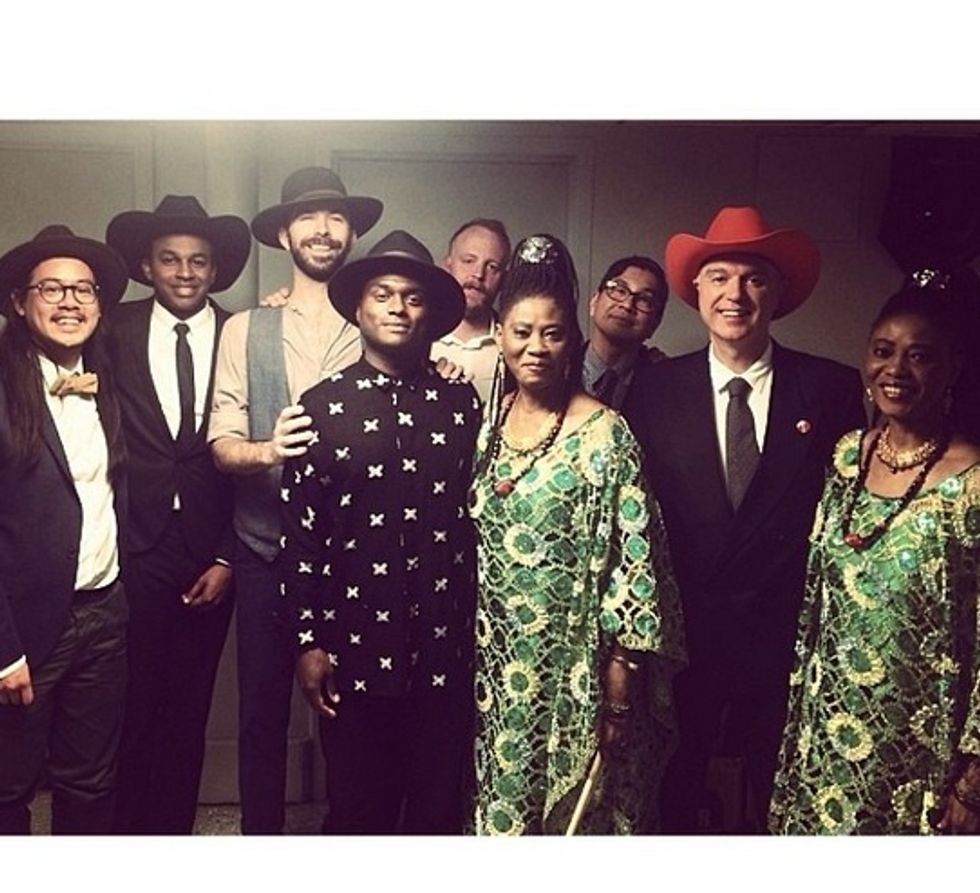 Three decades after the fact, the music of William Onyeabor has officially reached late night television audiences. Last night the Atomic Bomb band hit The Tonight Show to perform their rendition of Onyeabor's funky-synth anthem "Fantastic Man." Decked in Onyeabor's signature cowboy hat look, the live tribute supergroup ensemble brought the sort of bubbly spirit we've grown to expect from Who Is William Onyeabor mania. Luaka Bop founder and Talking Heads frontman David Byrne led the non-egotistical ego trip along with the Lijadu Sisters on the mics up front, musical director Sinkane and a bouncy Money Mark on keys, and LCD Soundsystem's Pat Mahoney on drums. The Tonight Show performance comes in the lead-up to the stateside premiere of ATOMIC BOMB! The Music Of William Onyeabor, a two-night live spectacle in tribute to the music of the Nigerian synth-funk "mystery man." If you're in NYC, catch the Atomic Bomb band at BAM this weekend as a part of Red Bull Music Academy New York or head to Luaka Bop for details on the San Francisco (5/6) and L.A. (5/8) shows.