Gonçalo Mabunda: The Way of the Gun 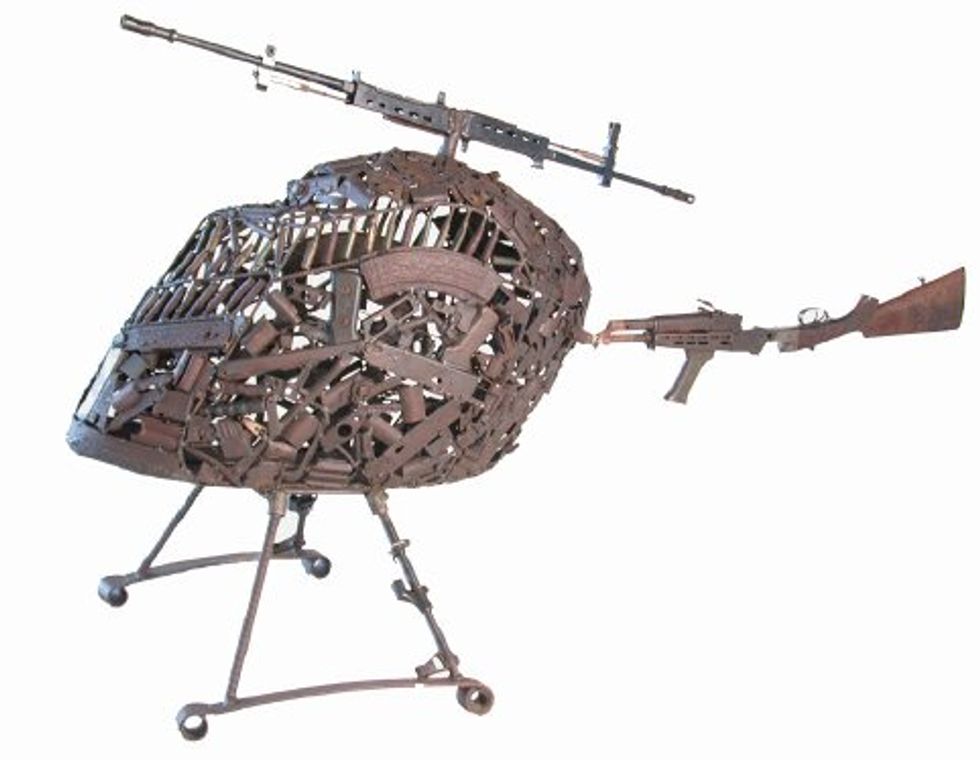 Gonçalo Mabunda is stockpiling an arsenal. The Mozambican artist collects guns—discarded, buried and rusted, left over from his country’s 17-year civil war, which ended in 1992—and assembles them into striking sculptures. Mabunda repurposes the deactivated weapons to build furniture, human figures, even musical instruments as commentary on politics, corruption and power.

A full-time artist since 1997, the 35-year-old Mabunda has exhibited his work in museums and galleries throughout Africa, Asia, Europe and North America—and his star has been rising steadily for the past decade. In 2008, the Maputo-based artist created the award statues for Bill Clinton’s Global Citizen Awards ceremony. And this year, his “Hope Throne” serves as one of the centerpieces of New York’s Museum of Arts and Design’s upcoming Global Africa Project showcase.