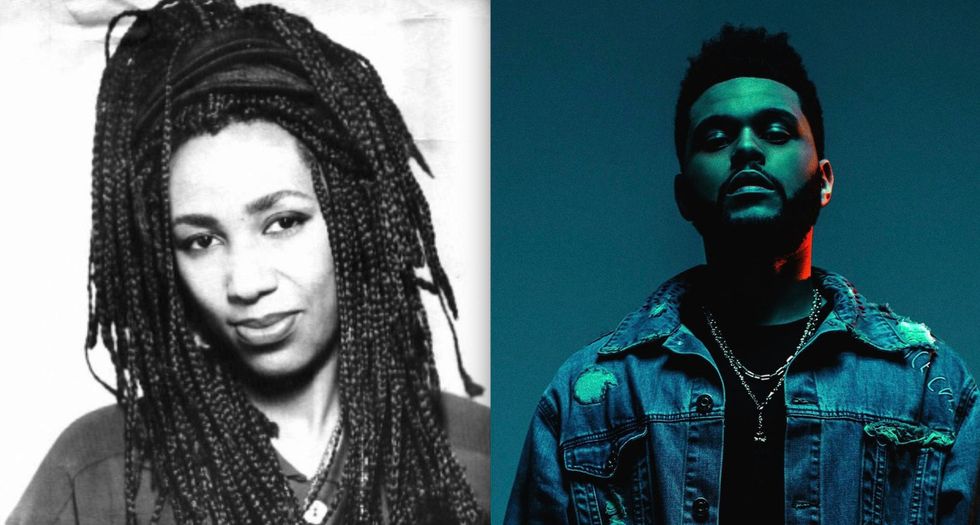 In September, Abel Tesfaye promised fans Ethiopian influences on his forthcoming Starboy album, coming out November 25 on Republic. Speaking with VMAN, The Weeknd revealed Amharic will “definitely be key” on the new record.

We now know that at least one of those influences can be heard on his second Starboy single. As The Wall Street Journal’s Alan Lightpoints out, the legendary Ethiopian singer Aster Aweke is sampled for a brief moment towards the end of “False Alarm."

In an interview with Light, Tesfaye called Aweke “the Whitney Houston of Ethiopia.” He’s previously referred to her (in the interview with VMAN) as one of his “subconscious inspirations" alongside fellow Ethiopians he grew up listening to like Tilahun Gessesse and Mahmoud Ahmed.

The singer also touched on the plight of refugees around the world during his conversation with the WSJ. “What is happening is very real,” he said, “and we’re at a time when you can’t hide it. It’s being shown on cellphones, shown to people’s faces, and they still try to ignore it. I don’t think we should be waiting for a presidential election to change things—we need to change now. Mayors, governors, however we can figure it out, but it’s something that has to change really fast or it’s going to get much worse before it gets better.”

And although Tesfaye has publicly and financially supported Black Lives Matter in recent months, he reiterated that he’s not quite ready to address social issues head on in his music: “Of course you get angry about what’s happening, and maybe you hear that in a record like ‘False Alarm,’ where I’m screaming and it could be what I just heard on the news. But I don’t know how to make political music—not yet, anyway. People like Kendrick Lamar and J. Cole, that’s a talent, it’s an art that I wish I could do.”

Listen to Aweke sampled on “False Alarm” (beginning at the 3:18 mark) above. Here's hoping for a proper collaboration in the future.