Abel On Abel: Ethiopia’s Absence On The Weeknd’s 'Starboy' & Other Thoughts 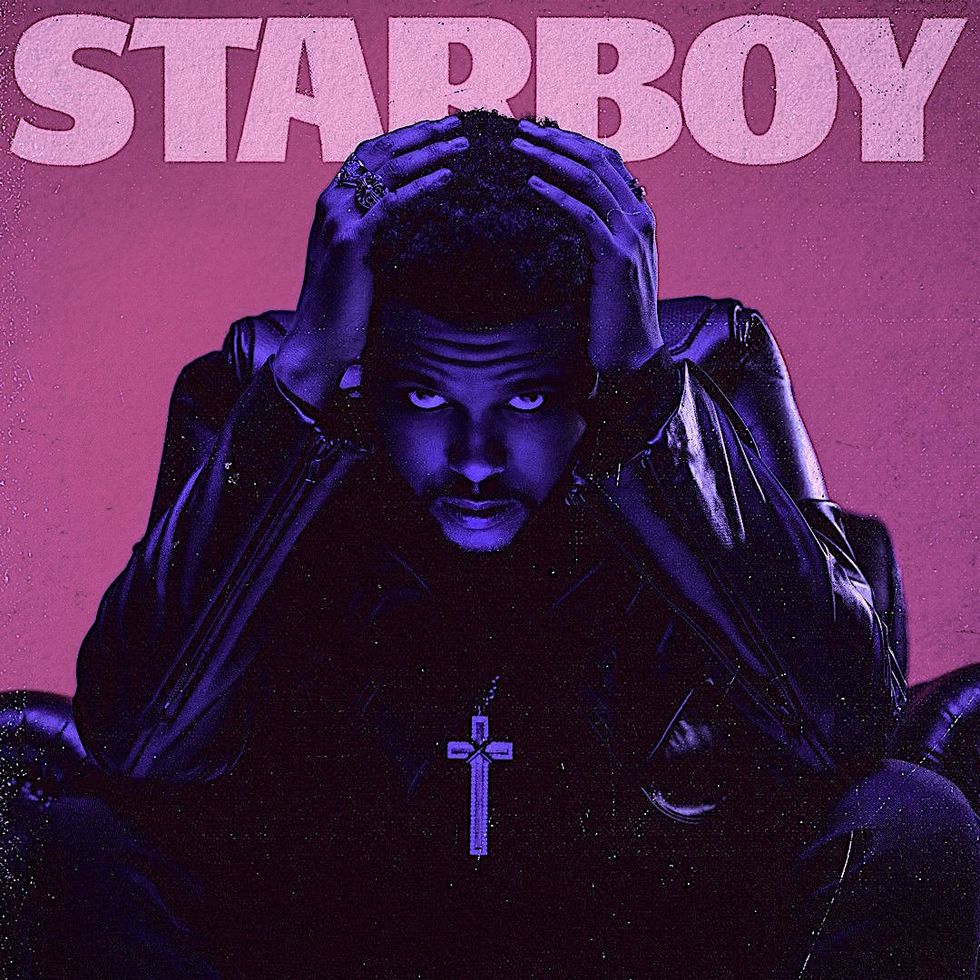 Abel Tesfaye remarked that Amharic would “definitely be key" on his next Weeknd record. It’s not.

I used to not fuck with Abel. You probably thinking “oh snap, ain’t that your name too bruh.” Your eyes might be doing a double take to that little grey square on the left hand of the screen. “Damn, it is, haha. Like The Weeknd.”

Yes, reader, because my name is also Abel, like The Weeknd. (If you reading this Abel, won’t you be a meskeen and let me hold a few G’s yanay wondem?)

When House of Balloons first came out I gave it a quick listen—it sounded weird, different, I quickly dismissed my lightskin Canadian counterpart. I was busy listening to Frank Ocean’s Nostalgia Ultra and a bit jelly. Plus he Canadian, haha wtf, shit sounds like an R&B snowman on molly, I might have thought. My opinion was to quickly change.

A bad break-up. The on-and-off kind, the type of relationship that fucks you up, piece by piece, but you both keep going back to it in moments of delusion, thinking, maybe, if you do this or they do that, it’s salvageable, but it ain’t, but you still do.

I’m at a party, multiple liquors are consumed, vodka then whiskey, sounds good, aye bruh, throw some gin in my beer, haha, idgaf, call the ex, nah, nah, alright fuck it, aye, we haven’t talked in a minute but can you come get me, what, naw, I ain’t drunk, really, you think i’m fucking drunk, vomit, stumbling, my spins got the spins, homies have to pick me up, put me in the car, my boy takes me to his apartment, and bruh, don’t call your ex, puts me on the couch, throws a blanket over me, I wake up, hungover but still drunk, walk to the bus stop, my eyes hurting from how bright the sun is, headphones in my ear, I put on my light skin doppleganger, him singing about partying and fucked up relationships and being fucked up in that beautiful voice and I stood there waiting for that bus that was supposed to be there twenty minutes ago and I got it. Shit sounded amazing. Ya boy was moved to postmodern tears and shit.

Multiple years and albums later, Abel Tesfaye released his third studio album, Starboy. The album’s title, upon its announcement, drew comparisons to the Nigerian musician Wizkid, who's been using the name for himself and his label. In a since deleted tweet, Wizkid wrote, “Lol fraud nigga!”

18 tracks and over an hour long Starboy deals, primarily with love, women, relationships, drugs, fame, over-the-top consumption, alcohol, and lots of cocaine. The album opens with the title track, a sinister, almost evil, sound. The first words sung on the album are, “I'm tryna put you in the worst mood, ah.” And, by god, that is exactly what Tesfaye or “Starboy” is attempting to do to the women he encounters, perhaps this is where Abel and I are similar. The Abel Curse, Abel and I call it, the patriarchy others might say.

The song’s narrative, as most on the album are, boil down to a wealthy and glorified fuck boy who offers what he assumes are deep lyrics about relationships that instead come across as empty and often offensive ramblings sung over overproduced beats.

Tesfaye says that “Starboy” is a fictional character, one partially based on himself. He is the bad boy, the guy who sleeps around, but is looking for love, but is also not looking for love, maybe she’s the one, nah, it’s a “False Alarm,” you can’t trust these hoes, is a heavy drinker, has a preoccupation with dick sizes and expensive cars, but this so called Starboy is ultimately overdone and boring. There is little complexity within the dizzying back and forth, a tired and frankly misogynistic trope, one that Tesfaye has done seven too many times.

“True Colors” sees Tesfaye crooning in a Michael Jackson-esque voice over a '90s R&B-influenced beat that Aaliyah or Usher might have sang on. If you listen closely you can hear Travis Scott in the background fucked up off multiple drugs, lightly mumbling to the beat of codeine masquerading as harmonizing through multiple layers of autotune. More tracks.

By this point I’m confident this album was made for white girls doing travel abroad in Europe, I can very clearly imagine the dim lighting punctuated with strobe lights, off-beat dancing, creepy Parisian dudes lurking in the background. The album goes on, you’ve all heard it by now. Shit’s breaking Spotify records.

In an interview with VMAN, Tesfaye remarked that Amharic would “definitely be key on this next record.”

It’s as influenced by Amharic as any other project by The Weeknd. There’s the non-Western vocal inflections, the unique and often shatteringly beautiful melodies he creates. The Weeknd’s voice, or how he uses it, is a combination of Ethiopian/Eriterain Tizitas and Michael Jackson, an unusual mix that not only works but is captivating, different, and uniquely all his own.

There is a short sample at the end of “False Alarm” where the sped up voice of legendary Ethiopian singer Aster Aweke can be heard. Ultimately, like much of the album, it feels cheap, random, an empty gesture that won’t satisfy Ethiopian fans desperately looking for our culture to be represented in our prodigal pop son’s music.

Everyone’s proximity to their culture, particularly those that are first generation will be different. I ain’t saying Starboy should have been called Injera: Yanay Ager Sow and sung in only Amharic. Just an observation. The album again, feels like it was made more for sorority white girls getting wasted on Kappa Pheba Thebes Athens night than Genet or Mulugeta. I mean, a Nas or Damian Marley album probably has more Ethiopian references, but that’s OK.

In my objectively subjective expert opinion it’s the moments that deviate from Tesfaye’s usual blueprint that succeed. Though, these moments are brief in the hour they act as a respite from the tired and now formulaic drug-addled sad, demonic, trap sound that Tesfaye first Jager bomb blew up on.

People will love this project. It will sell and be streamed. The Weeknd is a truly talented and interesting artist, one that established his career by helping forge and popularize a new sound, undeniably propelling music forward with his icy vocals, hazy and painful drug induced lyrics and dark, fluttering beats. It feels that the time for experimentation and progression is long overdue, though not too late. It’s a similarity Tesfaye shares with his fellow Canadian Drake and his latest album Views.

In perhaps a self fulfilling prophecy on the song “Remainder,” the fourth track, Tesfaye, sings “All these R&B niggas be so lame/ Got a sweet Asian chick she go low mane.” What more acute example is there of a lame R&B nigga decrying lame R&B niggas and then following it up with a stereotypical line about Asian women.

All in all, Starboy is a solid 7 and a half lines of coke out of ten on “a table cut from ebony.”

This all wasn’t to throw shade, Abel. OK, maybe a bit but in your recent interview with Zane Lowe you expressed a deep concern for what your fans thought and that was why you continued to make music similar to that of Trilogy. Although my opinion, despite being that of an unrivaled expert in the field of The Weekndology, is in the minority, I ask you to explore, experiment, fuck-up, come up with some crazy shit, something that’s different, as you once did. More Amharic and Ethiopian references would be chill too, but no biggie.