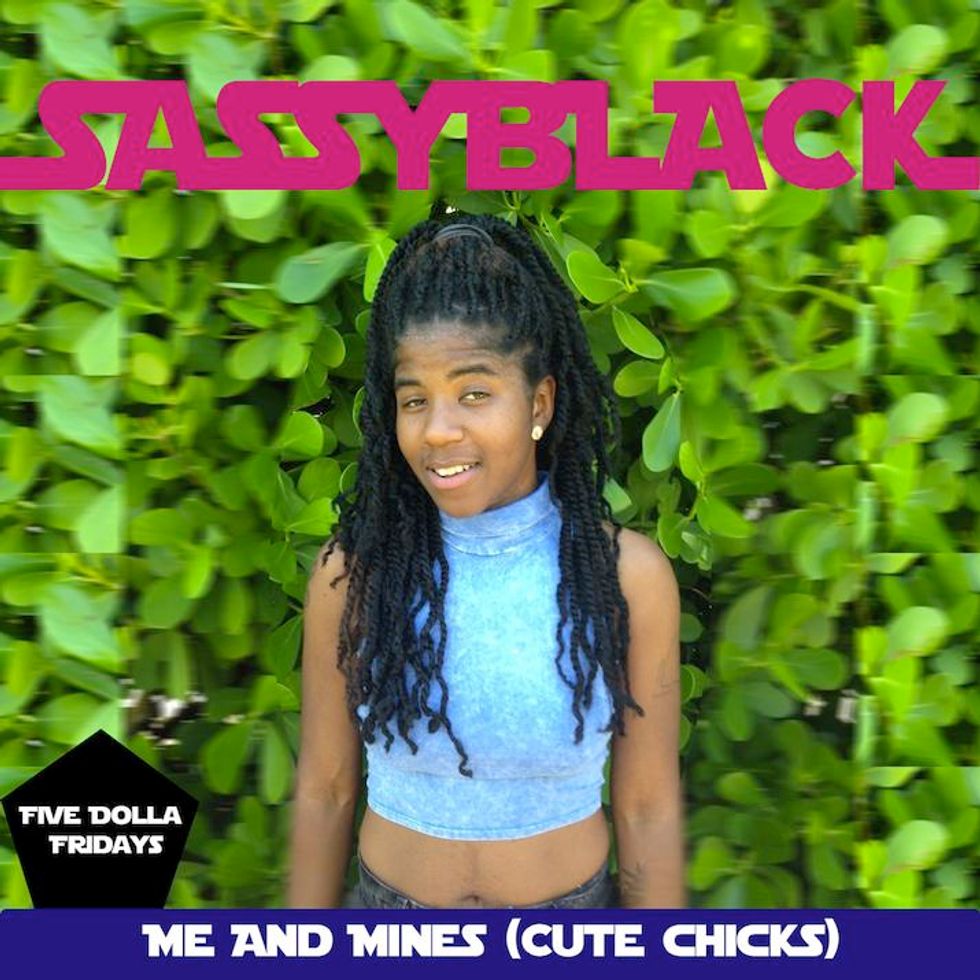 Shortly before heading on tour with THEESatisfaction in support of their forthcoming sophomore album EarthEE, singer CAT releases her first ever solo mixtape Me And Mines (Cute Chicks). Under her Sassyblack moniker, the Seattle-based artist delivers a small dose of mellow electro-soul that showcase her softly husky voice sloping over stuttering drums and winding electronics.

On "Things You Say,"the second track on the self-produced Garageband release (which was recorded in just a week), CAT seems to frame any empty romance in specifically regal terms, calmly lambasting a patriarch and matriarch who are out of sorts in their luxury. The next and perhaps most moving song, "WhatDoYouWantFromMe," sees CAT trapped by a lover who conceals emotions, leaving her searching for meaning over soft keys and meandering effects. There's also the upbeat title track on which the part-time writer presents a dance anthem for her crew of women, as well as the frenetic "Get Out My Face (Steady Are You Ready)" where she demands private space over background elastics.

Ending with the fast-paced "Purpose," Me and Mines (Cute Chicks) is an affirming and multi-mood effort from the THEESatisfaction vocalist. In support of the record, Sassyblack is performing at Seattle's Moksha this Friday, February 13, and the Northwest African American Museum (where the EarthEE listening party is also happening) on February 20. THEESatisfaction has just announced that they will be playing a few shows in support of Sleater-Kinney. The full dates can be seen on the band's Sub Pop page. Me and Mines (Cute Chicks) is available for download and purchase at Sassyblack's bandcamp.