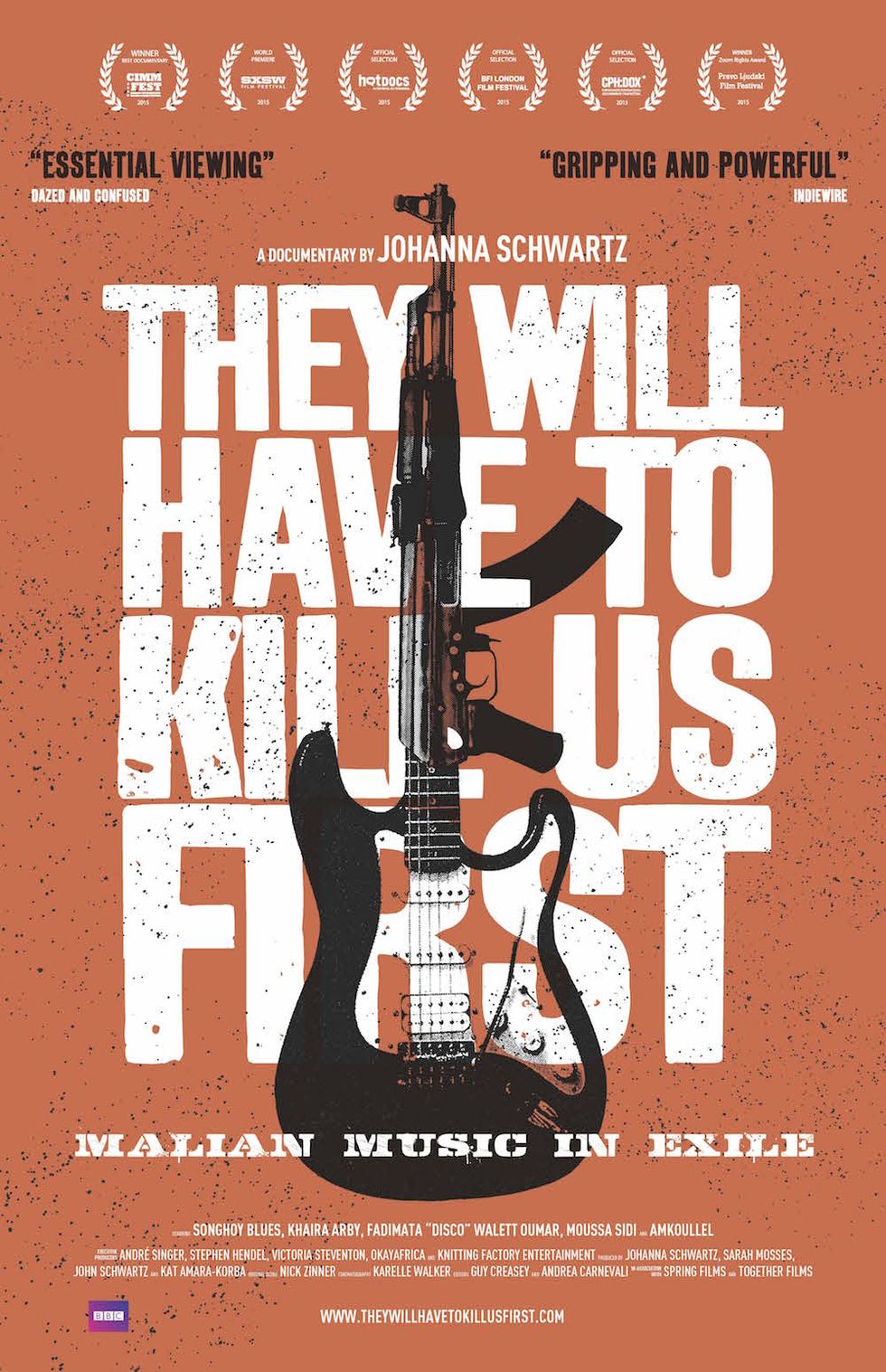 Okayafrica is an executive producer of the Malian music documentary 'They Will Have To Kill Us First,' opening in theaters March 4.

Songhoy Blues. Courtesy of They Will Have To Kill Us First

ICYMI, Okayafrica is an executive producer on They Will Have To Kill Us First: Malian Music In Exile. Opening in theaters March 4, the Johanna Schwartz-directed feature-length documentary follows a group of musicians in Mali–recent breakout stars Songhoy Blues along with musicians Khaira Arby, Moussa Sidi and Fadimata “Disco” Walet Oumar–in the wake of the 2012 jihadist takeover and subsequent banning of music.

The film is being released this March and April in the U.S. by BBC Worldwide North America. It officially debuts in theaters on March 4 (the day after Music Freedom Day) at New York City's Village East Cinema, before heading to L.A. and other markets on April 1.

A soundtrack for the film is also out March 4 on Knitting Factory Records. Composed by Nick Zinner of the Yeah Yeah Yeahs, the OST features contributions by Songhoy Blues, the late Malian legend Ali Farka Touré and his son Vieux Farka Touré, Toumani Diabaté, Bombino and more.

For more information on the film, head here.

Get your tickets to see They Will Have To Kill Us First, in theaters March 4 at Village East Cinema in NYC.