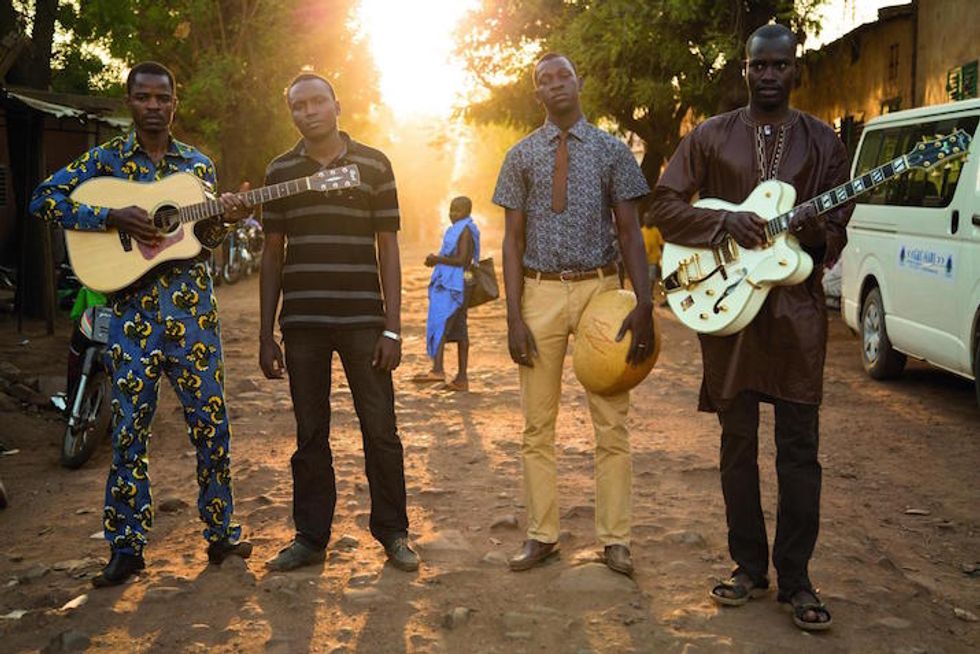 Malian music documentary 'They Will Have to Kill Us First' makes its online debut.

If you’ve been following our site over the past year, you may be familiar with They Will Have to Kill Us First. Perhaps you were even lucky enough to catch it in theaters.

Johanna Schwartz’s masterpiece of a documentary is finally available to watch online.

They Will Have to Kill Us First, which Okayafrica is an executive producer, documents the aftermath of the 2012 Islamic extremist takeover of northern Mali that saw musicians forced into hiding after all music was swiftly banned. Rather than laying down their instruments, Mali’s musicians fought back, standing up for their freedoms and using music as a weapon against the ongoing violence that has ravaged their homeland.

The musicians we meet in the film risk their lives to keep Mali’s musical tradition in tact. There’s the four young men who make up Songhoy Blues, the sensational ‘desert punk and blues’ band that made history last year as the first African band signed to Atlantic Records since 1972. The beloved “Nightingale of the North” Khaira Arby is a living legend who worked tirelessly to put on the first public concert in her hometown, Timbuktu, since the ban on music. Fadimata ‘Disco’ Walet Oumar is a renowned singer who advocates for the Tuareg women of refugee camps in Burkina Faso. We also see the heartwrenching story of Tuareg guitarist Moussa Sidi and his return home from exile.

Rent or buy They Will Have to Kill Us First over at Amazon. The film is also available to purchase on DVD in the U.S. as of this week.