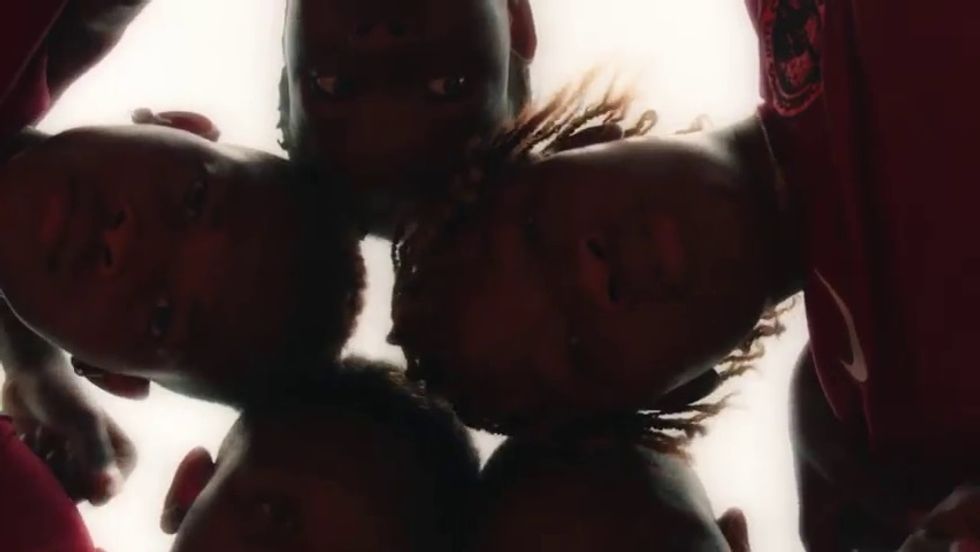 Still from 'A Game for All"

"A Game for All," directed by Amarachi Nwosu, reminds us of how much women have contributed to the game of soccer.

A Game for All is a new Nike short that recognizes the contributions that women have made to soccer in Nigeria.

Directed by Nigerian-American filmmaker Amarachi Nwosu—one of OkayAfrica's 100 Women honorees—and shot in Lagos, the short clip follows several young female players as they practice, build community, and prove that the sport is as much there's as it is anyone else's.

"They could talk to you about their struggles, but they'd rather show you how they overcame," says Nwosu, who appears in the film as a radio host and narrator.

The film is a part of a Nike's initiative, highlighting emerging female directors by having them capture what soccer looks like in their respective communities.

"So glad I was able to represent Nigeria and be apart of pushing the narrative of women's soccer globally and the power of making the game inclusive for all," wrote the filmmaker on Instagram.

Many female soccer players in Nigeria and throughout the continent continue to fight for equal pay and recognition, and A Game fo All is a reminder that the acknowledgment of the contributions of women to the beloved sport is long overdue.

Check out the short below via Nike's Instagram page.