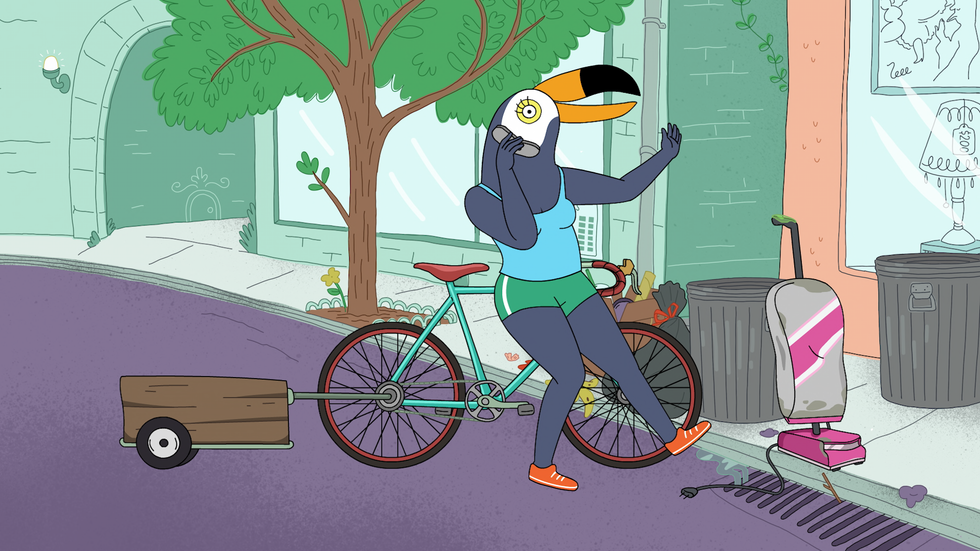 This first look clip gives a glimpse of Tiffany Haddish's hilarious character in a new series from the makers of "BoJack Horseman."

UPDATE 03/20/2019—Tuca & Bertie will be one of eight series making its world premiere at the Tribeca Film Festival's "Tribeca TV" program on May 1. A conversation with co-stars Tiffany Haddish, Ali Wong and creator Lisa Hanawalt will follow. For more information, visit Tribeca's website.

Learn more about the series in our original story below:

The makers of Netflix'sBojack Horseman have turned Tiffany Haddish into a fly, sassy toucan in a new animated comedy that's sure to be bingeworthy.

Tuca & Bertie follows the friendship between two, 30-something bird women who live in the same apartment building—Tuca, a free spirit toucan and Bertie, an anxious, daydreaming songbird voiced by comedian Ali Wong.

"I saw her in Girls' Trip and fell in love with her—it was the funniest movie I'd seen in years," creator Lisa Hanawalt says of Haddish in Netflix's first look video. "I watched it and was like, 'Oh my God, she's such a Tuca.'"

You'll be able to catch Haddish flex her voice-over antics onTuca & Bertie's 10-episodepremiere on May 3.

Check out the full clip below, where Haddish dishes on how she came to know of this opportunity, the dynamic with her co-star as well as working with the creator of the show.

Tuca & Bertie was animated at ShadowMachine, with production led by The Tornante Company. Haddish and Hanawalt are executive producers alongside Raphael Bob-Waksberg, Noel Bright and Steven A. Cohen.