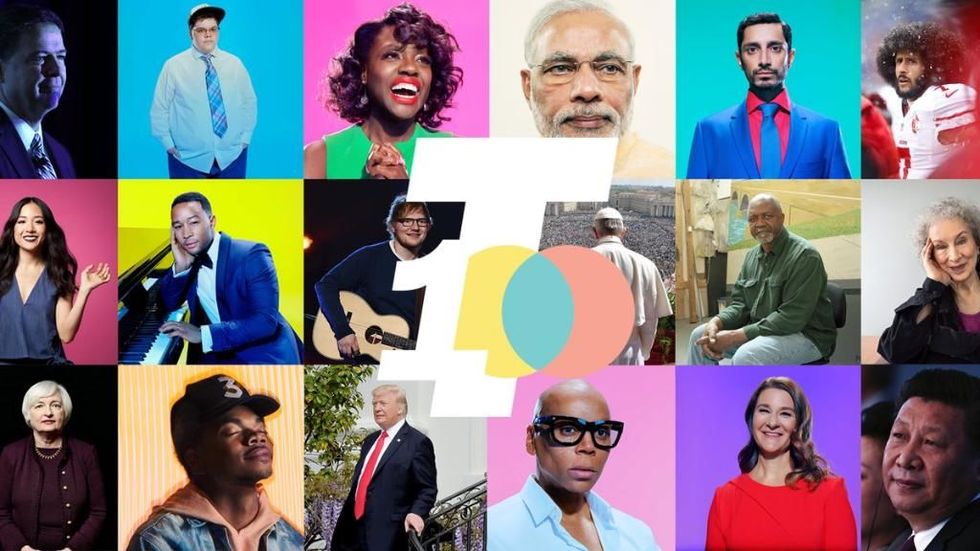 TIME revealed its '100 Most Influential People' of 2017 list, which features an eclectic group of global influencers.

As usual, the list includes an eclectic group of global influencers ranging from politicians to artists, athletes, musicians and more.

The group includes some of our favorite people such as the Tanzanian-born architect David Adjaye, who designed The National Museum of African American History and Culture, as well as Mauritanian politician and abolitionist leader, Biram Dah Abeid. Gambian lawyer and chief prosecutor of the International Criminal Court, Fatou Bensouda, is also featured.

A number of game-changing black film directors such as Barry Jenkins, Ava Duvernay and Jordan Peele are also on this year's list.

The list also includes some folks that we're less fond of, but who have, nonetheless, been influential in the past year. Donald Trump, his daughter Ivanka Trump and her husband Jared Kushner are amongst the more controversial figures in the group.

“In divisive times, it’s tempting to nestle in a comfort zone, surrounded by people who look like us, think like us, pray like us, vote like us,” writes  Nancy Gibbs, TIME's editor and Chief. "Yet many of the men and women on this year’s list are calling us out, using the technologies that connect us to expand how we see the world.”

The story behind TIME 100 Most Influential People's covers https://t.co/1L1xVGxgzrpic.twitter.com/OE4Jp5wQSk