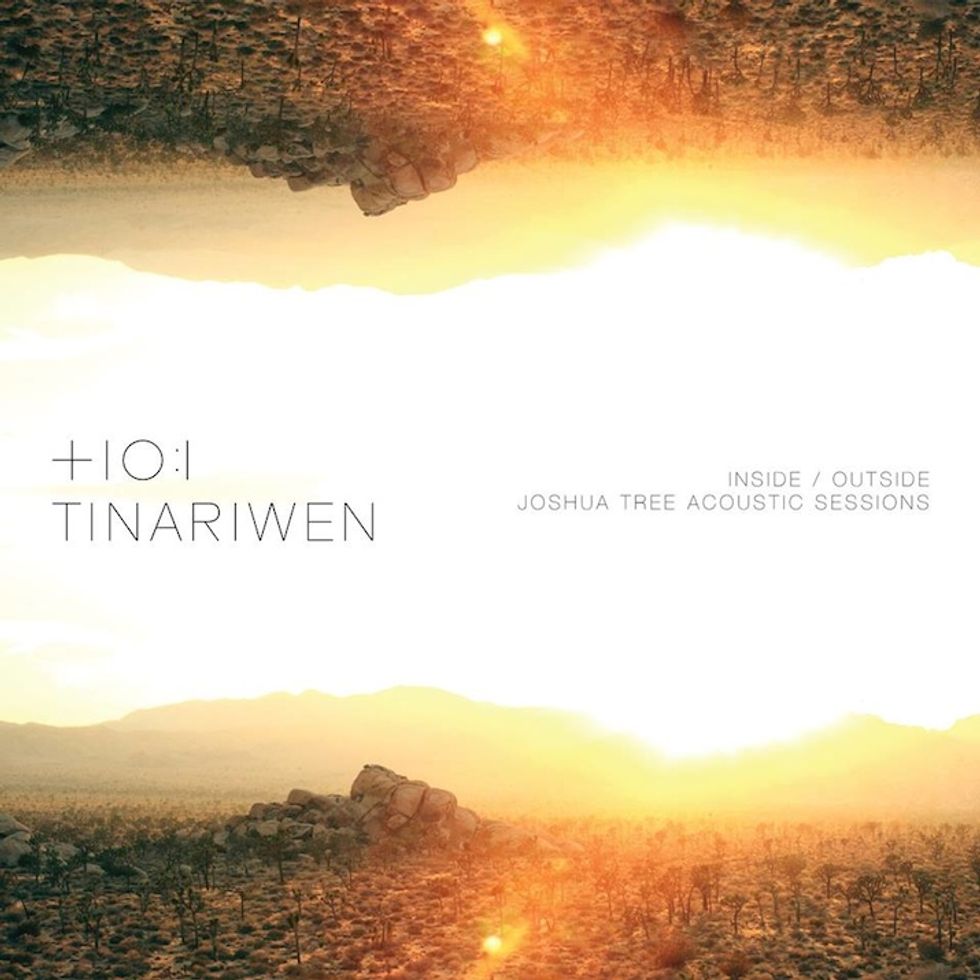 With songs built around smooth guitars and comforting voices, Northern Malian desert blues group Tinariwen display something welcoming, almost familial, in their music. It's no surprise then that the band held their own communal campfire jam sessions outside their studio in California's Joshua Tree desert while recording last year's Emaar. A sense of warmth and kinship is found in the result of those late night performances, which inspired the 5-track Inside / Outside: Joshua Tree Acoustic Sessions EP. Not only is the EP technically impressive with fast guitar picks and slaps, it furthers Tinariwen's distinction as a band that's, at once, both soothing and commanding. Right from the album opener "Adounia ti- Chidjret," lead guitarist/singer Ibrahim Ag Alhabib eases listeners in with his deep timbre as his bandmates join him in a circle of curling guitars and soft drums. On "Imidiwan sadjdat Tislim," the tone is slightly more tense as Tinariwen's guitar strokes become even quicker, but Alhabib's soulful voice steers the song away from despair. "Inar Tissanam," the release's most poignant track, has Alhabib singing at his most impassioned with a certain hurt and yearning in his voice. The EP closes with "Tiwayyen," a blend of soaring strings and frenetic percussion that evoke a sense of urgency but offer solace in the process. Listen to a full stream of Inside / Outside: Joshua Tree Acoustic Sessions below and watch out for a digital release on October 7 from Anti-.