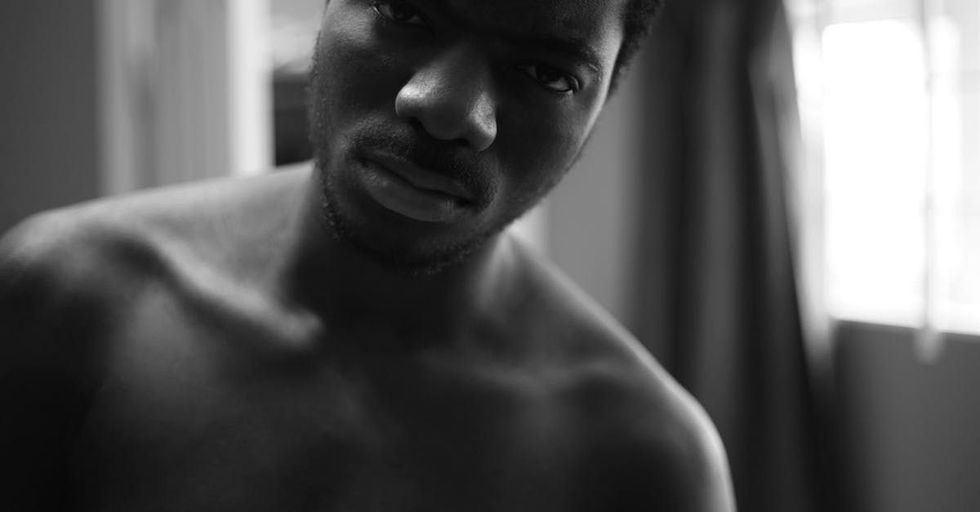 Here are some helpful tips for dealing with mental illness in a relationship.

As Valentine’s spurred endless photos of red roses, hearts, and wedding rings, us single people spent the day reminiscing about the ups and downs of relationships past.

I remember dating a beautiful Afro-Caribbean brother. He had a neatly cut beard and dreamy eyes. In the beginning, the hearty laughter, the glances, the endless possibilities meant romantic bliss. This didn’t last. Rapid mood swings and episodes of stoic calm took over and it soon became clear that he was suffering from something bigger than both of us—depression. Dating a person with mental health challenges can be daunting. It can make you feel helpless because you want the person to get better.

Here are five truths I came to, while dating someone facing mental health challenges:

After two years of dating this man, the most vital lesson I learned is that neither of us were to blame. My ex-boyfriend would go through episodes of uncharted emotions—his waves of enthusiasm one hour would turn to being a brute the next. It left me frustrated and ready to end our relationship. My emotional reactions did not help. In fact, they did the opposite by hurting him and causing him to sink deeper into the abyss.

I was overzealous in my efforts to help my partner cope with his symptoms of disinterest in his everyday activities and restlessness. I tried financial support, sex, motivational talks, prayer, comfort food, healing oils and crystals—none of this kept him happy. A moment of relief swept through my heart when his closest friend called me one day. “He has mad issues,” he said to me after recounting his own stories of my exe’s unusual behavior. For the first time in our relationship, I felt supported in my intuition that my partner’s mental health was declining. However, his friend, like myself was unsure how to help him. Watching him become consumed by his thoughts, lost in his anger, and unable to control his mind was eye opening.

“You need to get help,” I told him during one of his stoic episodes. We were sitting in silence for nearly two hours. He was lying down on his bed, with his eyes fixed on the ceiling only blinking a few times. He would later agree to apply for medical insurance—the first step in receiving the professional help he desperately needed and deserved. I was relieved because he agreed to get help. This feeling quickly left me because for weeks, I noticed the signed application on his dresser had not moved. This was the last straw for me!

At first I felt guilty for not trying harder to find him help as I am not a professional. Although, the decision was hard to make, I knew it was time to go. There were too many failed attempts to get my partner professional help and he was unwilling to get the help for himself. Within myself, I started to notice that I was embodying his whirlwind of emotions. I became irate when he was irate, anxious when he was anxious. I loved him, but I had to grew to love myself more. My mental health was also at stake and I could no longer have anxiety attacks worrying about him. The deal was sealed; I was done.

Many of us are too quick to judge our partners for their unusual behavior. I have witnessed men call their girlfriends “crazy” and women call their boyfriends “fuckboys” and so forth. Yet, I have not witnessed enough people willing to admit that their lovers may have serious mental health issues and may need professional help. Spend the same energy you use to bash your exes on social media and offer them a helping hand.

My friends and family berated me with comments like, “He’s not the one” or “why are you with him? He’s not treating you right.” None of them understood that I was not foolishly dating a “madman,” but I was in love with someone struggling with mental health challenges. I admit I was dangerously in love, perhaps as I found myself living through his unpredictable emotions.

Through this tumultuous relationship, I did learn that love cannot (no matter how hard we contemplate it), be conceptualized or understood. Love defies logic. Think of a parent standing in front of a bullet for their child? Isn’t that essentially considered crazy? Who would literally end their own lives for another? Only an insane person, some may say. Society’s concept of love or how we’re supposed to love will often leave one questioning who's worthy of love? The answer is everyone is worthy.