Tito Puente Jr on the African Origins of Latin Jazz 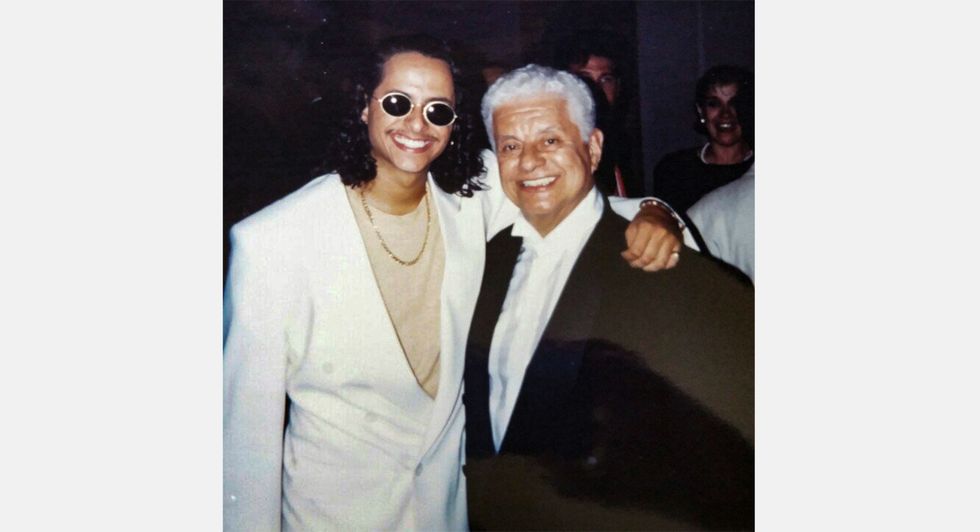 Tito Puente Jr is keeping the legacy of his father alive. He spoke to Okayafrica about the African roots of Latin Jazz and Spanish Harlem.

El Barrio Latin Jazz Festival happens every year in Harlem to celebrate the birthplace of Latin Jazz Music and to commemorate its king, the late Tito Puente. Last month in Harlem’s Marcus Garvey Park, thousands of people from different backgrounds, danced Salsa to the sounds of Puente’s son Tito Puente Jr who is carrying on his father’s musical legacy. We went to talk to the master percussionist about his father and Latin Jazz music’s connection to the African diaspora.

“Mister Ernesto Antonio Tito Puente himself was raised right here, this is where Latin Jazz came together,” Tito Puente Junior told Okayafrica after concert. “I want the people who came here tonight and the people around the world to remember who Tito Puente Santa Cruz was. And thank everybody to remember Tito Puente, It’s been 16 years that my father passed away, but tonight we celebrate his life”.

Puente Sr. was raised in New York City’s Spanish Harlem, and he is often credited as “The Latin Jazz Music Pope.” Puente played popular Afro-Cuban rhythms, bringing together Afro-Cuban and Caribbean sounds. Puente youngest son, Tito Puente Jr has continued his father’s legacy by presenting many of same songs in his performances and recordings.

Puente Jr insists that even if his father is the son of Puerto Ricans, that a large part of his music is from Africa.

“My father played in Africa many times,” said Puente Jr. “You know, this music is from Africa, it is called Afro-Cubano music. We call it Salsa. My father used to call it “Salsa Tomato Goya… But the Music is Afro-Cubano Music and it is worldwide known as that, and it is good that African people recognize Tito Puente—he’s an honorary African.”

In order to extend his father’s legacy Puente Jr envisions opening schools in Africa and elsewhere in an effort to better promote Latin Jazz to the world.

“The music is very important,” said Puente. “The drum, the conga, the timbales, all the great sounds of the Afro-Cuban percussion, that’s the roots of all this music—they come from Africa." So we want to make sure that all the kids from Johannesburg, South Africa to North Africa—all over the continent that music be taught at school and at home.

“The world is so small on internet, think about it. What if Tito Puente had recorded and learned on the internet. I am going to Senegal in January next year, I am so excited it will be my first trip over there. My father took me to Johannesburg when I was a little boy we performed with Santa Cruz, it was wonderful.”

At the end of the concert, the friends of the late Pope of Latin Jazz joined his son onstage to play the drums and song for Tito Puente memory. The king of El Barrio, and his Afro-Cuban rhythms lives on in a new generation.