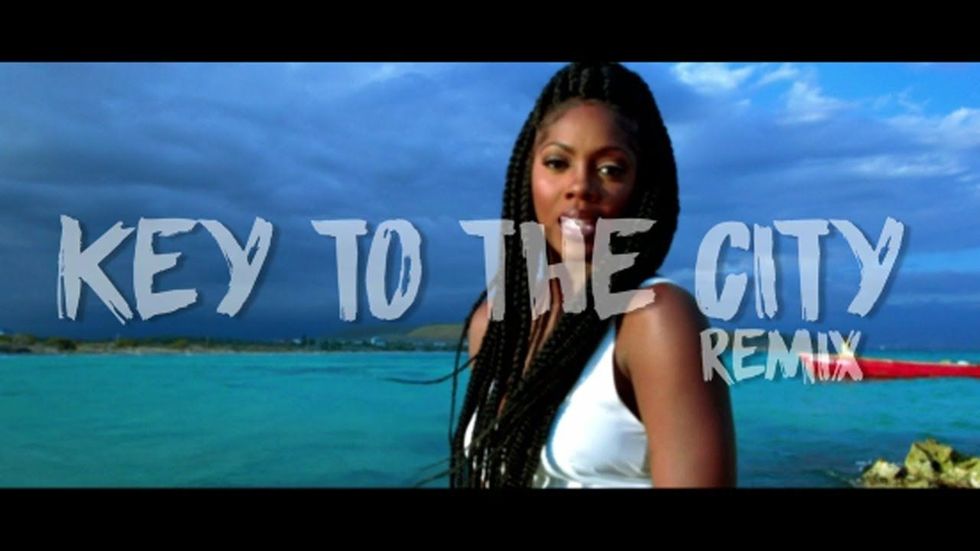 Tiwa Savage's remix single, which features dancehall star Busy Signal, comes off the soundtrack to the film 'A Trip to Jamaica.'

Tiwa Savage touches down in Jamaica in the new music video for “Key to the City.”

The remix single, which features dancehall star Busy Signal, comes off the soundtrack to A Trip to Jamaica, the “Nollywood-meets-Hollywood” comedy from Ayo Makun, co-starring Funke Akindele.

The Moe Musa-directed music video for “Key to the City” follows Tiwa Savage and Busy Signal through the Caribbean island’s beaches and streets as they relieve their stresses.

The Mavins Records singer has had a huge year so far, which has seen her sign a deal with Jay Z‘s Roc Nation and kill it as the only female performer at the One Africa Music Fest. She most recently shared the boss anthem “Bad,” a collaboration with Wizkid.

It should come as no surprise that Tiwa’s got top-tier collabos for days.

Watch her and Busy Signal’s “Key to the City” video above.