The Black Indie Artist You Need to Listen to This Month: Tobi Sunmola 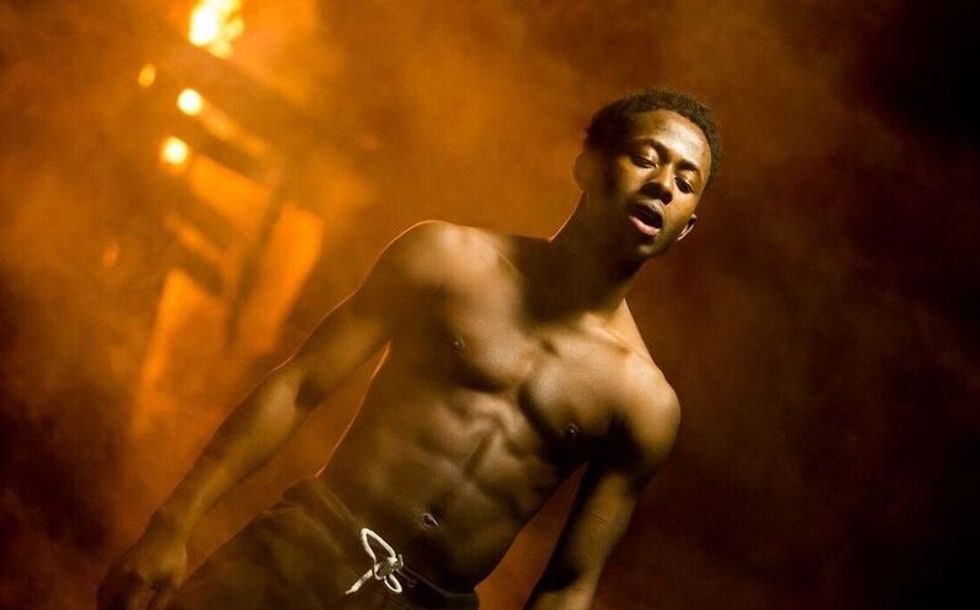 "The more you venture into your dreams, the more it becomes your reality."

Nigerian-British musician and spoken word artist Tobi Sunmola rarely has the time to reflect on how far he has come, because he's so busy thinking about the next steps. And it makes sense: he has had one hell of a ride. He went from performing at Youth Clubs to headlining the Iluvlive tour in the UK, as well as the MOBO Unsung tour in Manchester. And he's ending the year by releasing his new EP, City of Dreams, today.

In this new release, Tobi reflects on his frustration after graduating from university, failing to make it as a musician and having to get a job as a web developer. Back then, as he explains, "a lot of things happened, I lost my grandma and it made me realize how short life is, and how much I had to deal with as a black man in this country. And how people working in this industry say they want something different but all you hear in the radio is the same type of music. This is me and I'm different."

His previous EP, Childhood Culture, allowed listeners to step into his world and watch a young man grow up, discover himself and reflect on his upbringing.

Tobi started at the age of 14 in Nigeria, making rap infused with afrobeats at first, but didn't take it seriously until he moved to the UK. Back then, he used to skip his after school lessons to make tracks. One of his cousins was a producer, and he used to watch him eagerly while he started writing his own bars.

The move to the UK when he was 16 was intense, but a necessary one for his art. The culture in Manchester is bigger, wider and more diverse, contrary to the one in Nigeria, where non-mainstream (i.e non-afrobeats or hip-hop artists) have difficulties getting their own scene. There, he frequently collaborates with artists such as LiTek, Two4Kay and Henry Jacob.

His song "Wild Wild East" is a love letter to his new home of Openshaw, an area in the east side of Manchester whose architecture, atmosphere and culture have inspired Tobi and kept him open minded. In the song, his longing to go back home and be with his loved ones is palpable "You leave your house everyday to go to the wild, scary world-this industry. And the goal is to do what you love, come back home to be with your family. To do it for them."

But it wasn't always easy to combine both cultures: Nigerian and British. "When I first moved there, I was doing grime and a side of me was lost because I wasn't trying to bring that African side of me. But after a couple of releases I decided to put myself into my work, show my audience who I really was. I had to go back to who I truly was and take confidence in the fact that I'm Nigerian, born there, and also British. But first and foremost Nigerian," he adds.

However, it is often a fact that migrant parents, having sacrificed a lot to move to Western countries, would rather see their children have stable, well-payed job rather that being artists struggling to make ends meet. This is true for Tobi's family. Having studied computer games development, his family would rather see him continuing in that field. However, they supported him and gave him the encouragement and blessings needed for him to create his path as a musician.

A lot of Tobi's music is inspired by the music he listened as a kid: Marvin Gaye, Ja Rule, Kanye West, Tracy Chapman, and church music. He decided further down the line to go back to his roots with Nigerian prodigies such as Fela and Femi Kuti to understand how they revolutionized music.

This new EP is about his love for his city, Manchester, and also by the movie Inception. Tobi will go far, and he's ready for it. Everything he's doing now is what he would have been dying to do a few years ago.