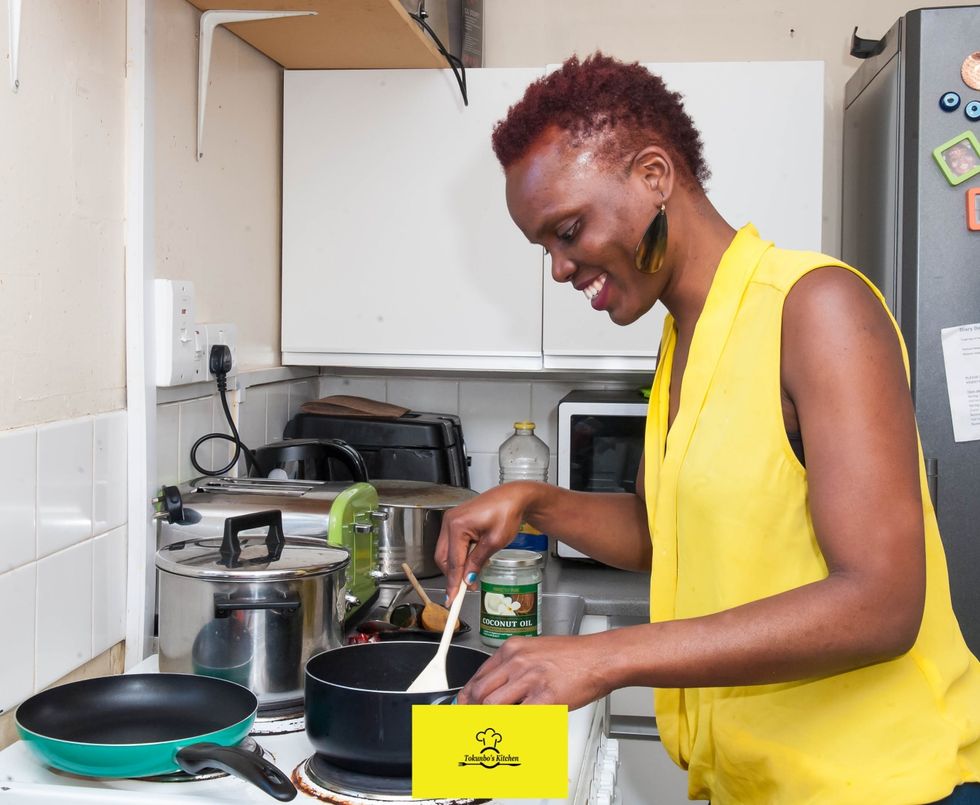 Tokunbo Koiki, a self-described British-Nigerian mumpreneur, hopes to convince Londoners to trade in their fish and chips for suya and yam. Forget the tartar sauce, where’s the pepper sauce?

As the world’s undisputed culinary capital, London’s restaurant scene features anything from your standard Indian fare to less well-known cuisines like Burmese or Czech food. Yet despite the city’s nearly 16,000 restaurants, African restaurants make up less than 1 percent of the vibrant food culture. Through her new supper club, Tokunbo’s Kitchen will introduce Londoners to the colorful flavors of Nigeria.

Koiki began cooking at age twelve, starting off with fried egg and plantain and expanding to more complex recipes such as pounded yam and okra stew. Today, the latter remains her signature dish, along with Nigerian-style fried rice.

A recent addition to her list of favorite dishes is egusi stew, made with protein-rich egusi (melon) seeds. “Growing up, I didn’t eat it much, but a couple of years ago, I came across a recipe and decided to give it a try,” she says. “I realized I had been truly missing out all those years after I cooked egusi and okra stew on the same day, and I didn’t even eat the okra because I was so focused on how the delicious complex flavors of the egusi were!”

The vegan-friendly dish features on the menu of her inaugural supper club on April 23. Other menu items include oxtail, goat and tripe pepper soup, yaji spiced butternut squash soup, and efo riro, a vegetable stew. Her second dinner later this year will be centered on seafood dishes.

Koiki decided to pursue the supper club route instead of a restaurant in an effort to diversify beyond an African audience.

“There’s about 1 million Nigerians in London alone, but if you ask the average Londoner about Nigerian food, they don’t even know what it is. I didn’t want to just open a restaurant for Nigerians and other Africans,” she says. “I want to introduce Nigerian food on a gradual basis to a global audience. Whether it’s London or Barcelona, I can travel the world introducing people to the colorful flavors of Nigerian food.”

As a social dining experience, guests will share a table with other like-minded foodies over delicious plates they would find in any Nigerian home—with Koiki’s creative touch. Tokunbo’s Kitchen focuses on the ingredient-driven food similar to what chefs like Anthony Bourdain now worship—dependably delicious, but not necessarily expensive or stuffy.

With an adaptable menu and location, Koiki believes the versatility of Tokunbo’s Kitchen is its greatest advantage. During future supper clubs, she hopes to host art exhibitions and provide musical entertainment to not only give guests a taste of Nigerian food, but also the Naija way of life.