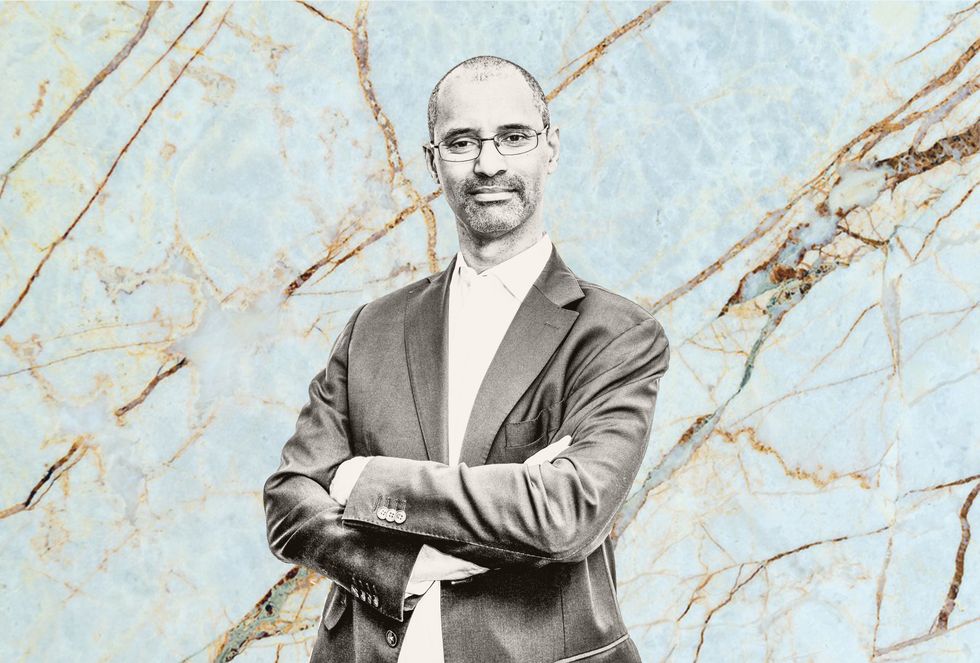 Tom Ilube strides easily across the TEDx stage wearing the uniform of the tech elite—no tie, a minimalist headset mic wraps around his right cheek. "We need to talk about artificial intelligence (AI)," he says gesturing for emphasis. "At the heart of AI are the algorithms that define it and people forget that algorithms are not just technical, they're political and cultural". Using a remote, Ilube brings up the Google results for "beautiful baby" on the huge screen behind him. The images of cute happy looking toddlers are all white.

The crowd applauds, some even hoot but Ilube presses on "if we're going to be part of the future of Africa, because AI will drive the future of any industry, we need to be defining what the algorithm looks like".

Simply put, artificial intelligence is the brand of computer science focused on the creation of machines which act and think like humans in a growing number of areas that include problem solving, speech recognition, learning and planning which could be deployed in all areas of the economy. While Siri and Netflix are impressive, they are at the lower rung of AI's hierarchical complexity.

The rise of AI says Ilube, is the beginning the fourth industrial revolution and no African country has invested in it. Instead, he says, "we're sitting in a lagos yacht club, drinking crude oil from champagne glasses, patting ourselves on the back about how clever we are." While countries like South Korea and China are investing billions in AI nothing remotely similar is happening on the African continent. "Where are the thousands of young people training to become machine specialist, data scientist, data specialists?" asks Ilube. "This really really matters".

If this vision of a near-future in which African countries leap ahead of the US, Europe and Asia sounds like science fiction it's because it is, sort of. But bold real-world fixes require fantastic leaps of imagination and Ilube is a big lover of speculative fiction and someone who's is guided by big ideas for the future.

Ilube is behind the Nommo Awards for Speculative Fiction which aims to recognise and promote science fiction by writers of African heritage. In his TedXEuston talk, he quoted from Roy Batty's monologue in Blade Runner to reinforce his belief that artificial intelligence will replace today's human economy and an unprecedented number of jobs "will be lost in time like tears in rain."

Even for a tech entrepreneur and a confessed science fiction buff, predicting a total overhaul of life as we know it in the next two decades would seem like well intentioned fantasy at best.

Ilube was born to a Nigerian father and an English mother and has spent his formative years in England, Nigeria and Uganda where his father was posted to help set up the country's base for the British Broadcasting Corporation. After spells as a software engineer with British Airways, London Stock Exchange and Goldman Sachs, Ilube became a serial tech entrepreneur founding Lost Wax, Egg, Garlik and later Crossword CyberSecurity—a firm that uses academic cyber security research to create commercial products.

In 2017, Ilube was voted the UK's "most influential black person" by Powerlist, a magazine which promotes the UK's influential people of African and Caribbean descent. In April last year, Ilube was made a non-executive director of the British Broadcasting Company and just over a year later he was awarded a CBE (Commander of the British Empire) by the Queen for his services philanthropy and technology.

In June, when I went to meet Ilube at his office in London, an earlier interview with a potential employee had run over time and he entered the coffee shop where I sat hurriedly offering apologies. Few looking on would have guessed that this was Britain's most influential black man being exceedingly polite and unassuming in a button up shirt, light jacket and chinos, the same smart-casual look he wore to the stage at TedXEuston.

"There was something beautiful about the way that it flows—that sort of fantasy, so connected with African life" he says about this classic of Nigerian literature which, more than any other such novel, astutely portrays the coexistence of the spiritual and natural world. He continues: "I'm very comfortable in African settlements. So when I read something like 'The Famished Road' it reminds me of the sort of beauty in that kind of African writing and actually, that's partly what led me to create the Nommo Award." It's clear that African writing is deeply important to Ilube as illustrated by his support of the "Nommo Awards," whose second edition was held at Ake Arts & Book Festival this October. It's an award that goes a long way to propagate speculative fiction by writers from the continent.

"I am a strong believer in the butterfly effect" says Ilube "in order to make big change, you don't always have to do big things. You have to look for the point of leverage and focus on that point of leverage."

Ivor W Hartmann the Zimbabwean author and publisher who started the Nommo Awards along with Ilube sees the award as having a profound impact on African writing.

"We have, in a sense, legitimised current Spec Fic writers," he tells me "and emboldened new generations of writers coming up—this in a genre that has been woefully neglected".

Harttmann is himself a sci-fi writer whose short story "The Goop" won the Golden Baobab Prize in 2009. He is also the editor of "AfroSFv2" (2015), a volume of five novellas by African writers. For Hartmann, science fiction is based on factual science and so, better than any other genres, provides a readily understandable vision from an African point of view without which "your future will be co-opted by someone else's vision, one that will not necessarily have your best interests at heart".

If Ilube's AI talk seems tailor made for the TED crowd, it wasn't. In fact, he had already delivered it to his students at Africa Science Academy in Ghana which he started in 2016. The academy is home to students that have been chosen from all over the continent. Most go on to study at leading universities on the African continent as well as the UK and Europe.

"What's key to us" says Ilube "is that any exceptionally, academically gifted young woman who is passionate about science and maths should have the sort of opportunity we can give irrespective of background. We want to be very, very focused on delivering an absolutely world-class science education to the most brilliant young women we can find and when I say 'world-class', I genuinely mean that."

Africa Science Academy covers the full tuition, boarding, flights and other expenses of each student. As well as the intense focus on the STEM subjects (Science, Technology, Engineering and Maths), the students benefit from a speaker's program with guests invited from tech institutions like Wikipedia and Facebook as well as Oxford University and others. Those that are accepted to African universities receive full scholarships. One student Ophelia Tornyedzi, is studying engineering at Edinburgh University and was a focus of a CNN feature on the academy.

It becomes very clear that Ilube's unique vision for Africa is tied to his love of science fiction and fantasy which is part of the ethos of invention and creativity that he brings to his tech and philanthropic work. If advances in AI do indeed bring about the fourth industrial revolution, then Africa can claim as big a stake in the future as it chooses to. The technology required is only one part however, vision is the other. How the continent imagines itself in the near and far future will be the deciding factor and who better than writers of speculation fiction to act as its harbingers.