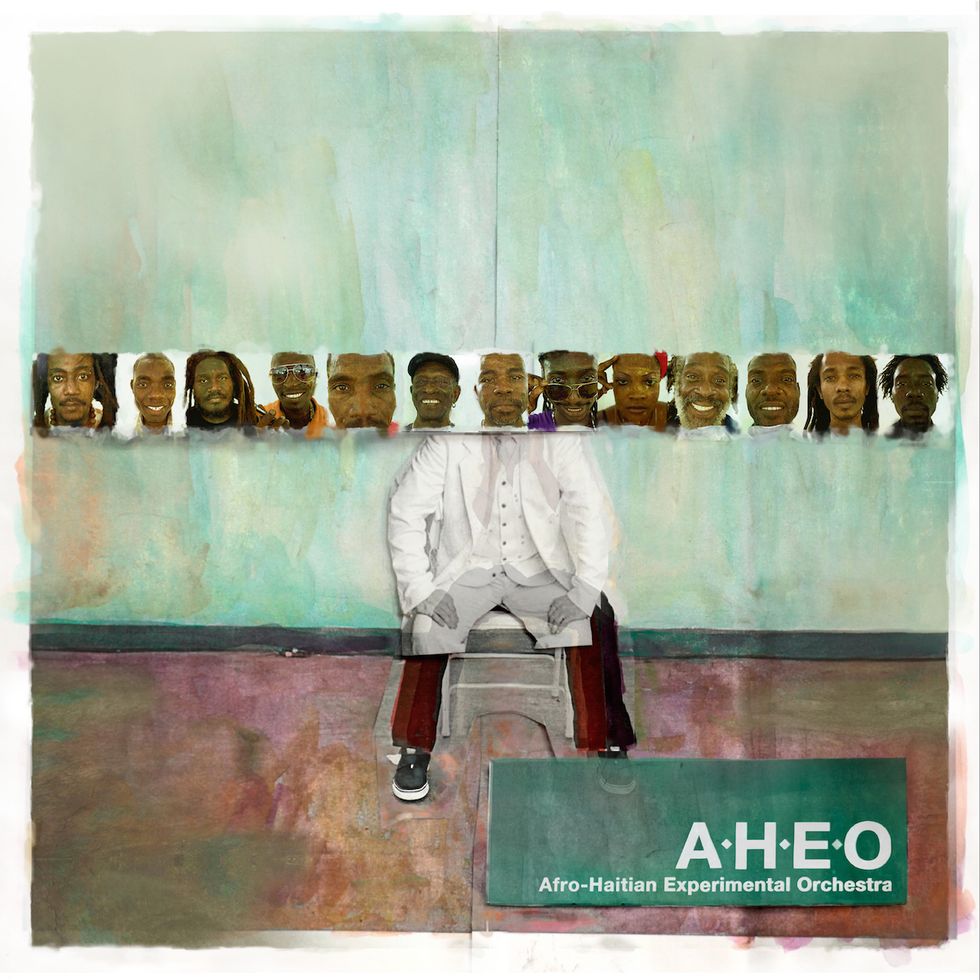 The Afro-Haitian Experimental Orchestra was born out of a trip Tony Allen made to Haiti to play a concert and connect with local musicians.

The legendary afrobeat drummer travelled to the island to play a special show alongside several Haitian musicians at La Fête de la Musique. For the concert, Allen enlisted the help of singer, dancer, voodoo priest and director of the Haitian National Bureau of Ethnology, Erol Josué, who recruited a varied range of collaborators from bands like Racine Mapou de Azor, RAM, the Yizra'El Band and Sanba Zao’s Lakou Mizik.

Over the span of just five days, the impromptu band wrote and rehearsed eight songs that bridged the gap between afrobeat rhythms and Haitian grooves.

“Putting it together was complete chaos,” mentions the band’s guitarist Mark Mulholland. “Madness. We were all in this tiny room, playing. We had 10 percussionists from all of Haiti’s top bands. Then there was Tony, Olaf Hund on keyboards, and Jean-Philippe Dary, an old friend of Tony’s, on bass. He became the de facto musical director. The sound was overwhelming.”

Recordings from the rehearsals for that show would go on to become the basis for the Afro-Haitian Experimental Orchestra’s self-titled debut album, which is being released on June 24 by Glitterbeat Records.

Watch the music video for “Bade Zile” above.