Okayafrica TV: Tony Allen And The Genesis of Afrobeat 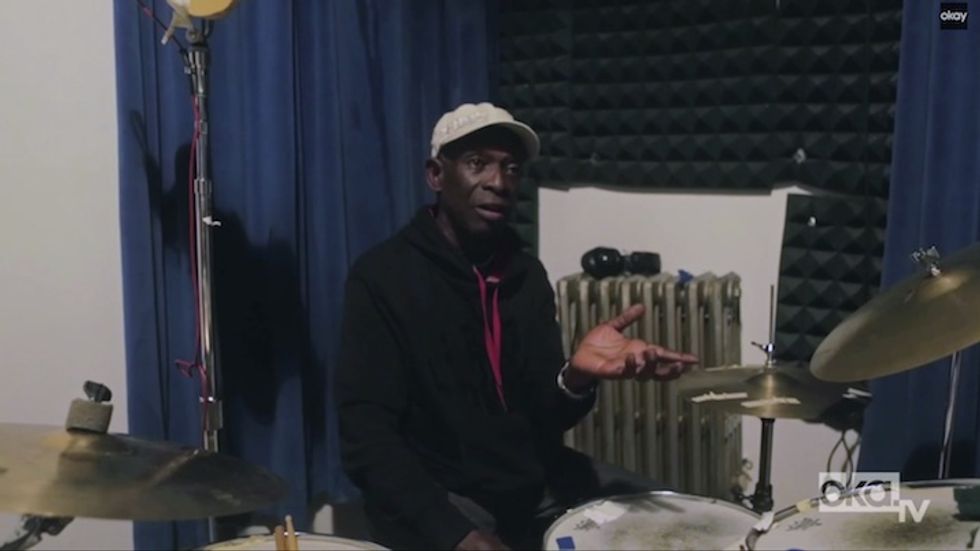 Afrobeat's co-founder and percussion father Tony Allen sits down with Okayafrica to discuss James Brown, Fela Kuti, and his start in music.

Today we honor the afrobeat creator, on what would have been his 76th birthday, with Felabrations around the world. Yesterday Fela's afrobeat co-founder and longtime drummer, Tony Allen, celebrated the release of his tenth studio album. Film Of Life, produced by French trio The Jazzbastards and featuring appearances from Damon Albarn, Nigerian singer Kuku and Nigerian all-female folk singing group Adunni & Nefertiti, is a ten-track self portrait of the Nigerian percussion pioneer through incursions into bebop, psychedelic pop and, of course, afrobeat. Allen, who has been touring in support of his new album, was recently in New York City, where he hit the studio to lay down his parts for a new project with Antibalas drummer and EMEFE bandleaderMiles Arntzen. Okayafrica TV caught up with Allen at Brooklyn's Daptone Studios to discuss his start in music, Fela Kuti and the beginning of afrobeat, and the influence of James Brown on the continent. Watch the latest episode of OKATV below. Tony Allen's Film Of Life is out now via Jazz Village.