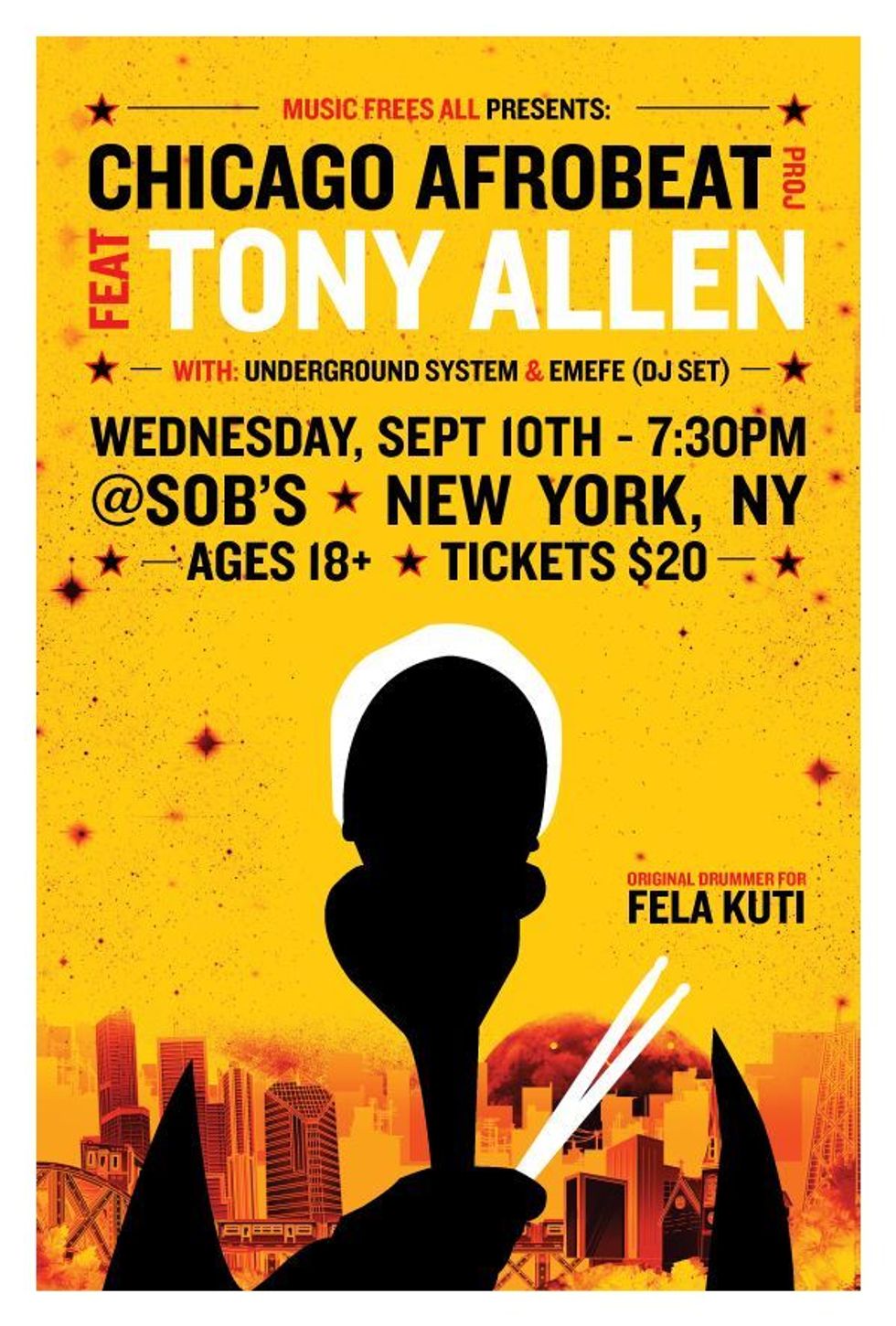 Afrobeat co-founder, percussion pioneer and Fela's original drummer Tony Allen will be headlining SOB's this month alongside Chicago Afrobeat Project. The legendary drummer is also set to release an album with Chicago Afrobeat Project in early 2015, which would mark the first time he's ever collaborated with an American group on a full-length release. The show, coming up on September 10, will also feature performances from Brooklyn-based afrobeat band Underground System and afro-rock ensemble EMEFE (DJ Set). See all the info the show in the flyer and below, plus check out Tony Allen's recent collaboration with Damon Albarn, "Go."