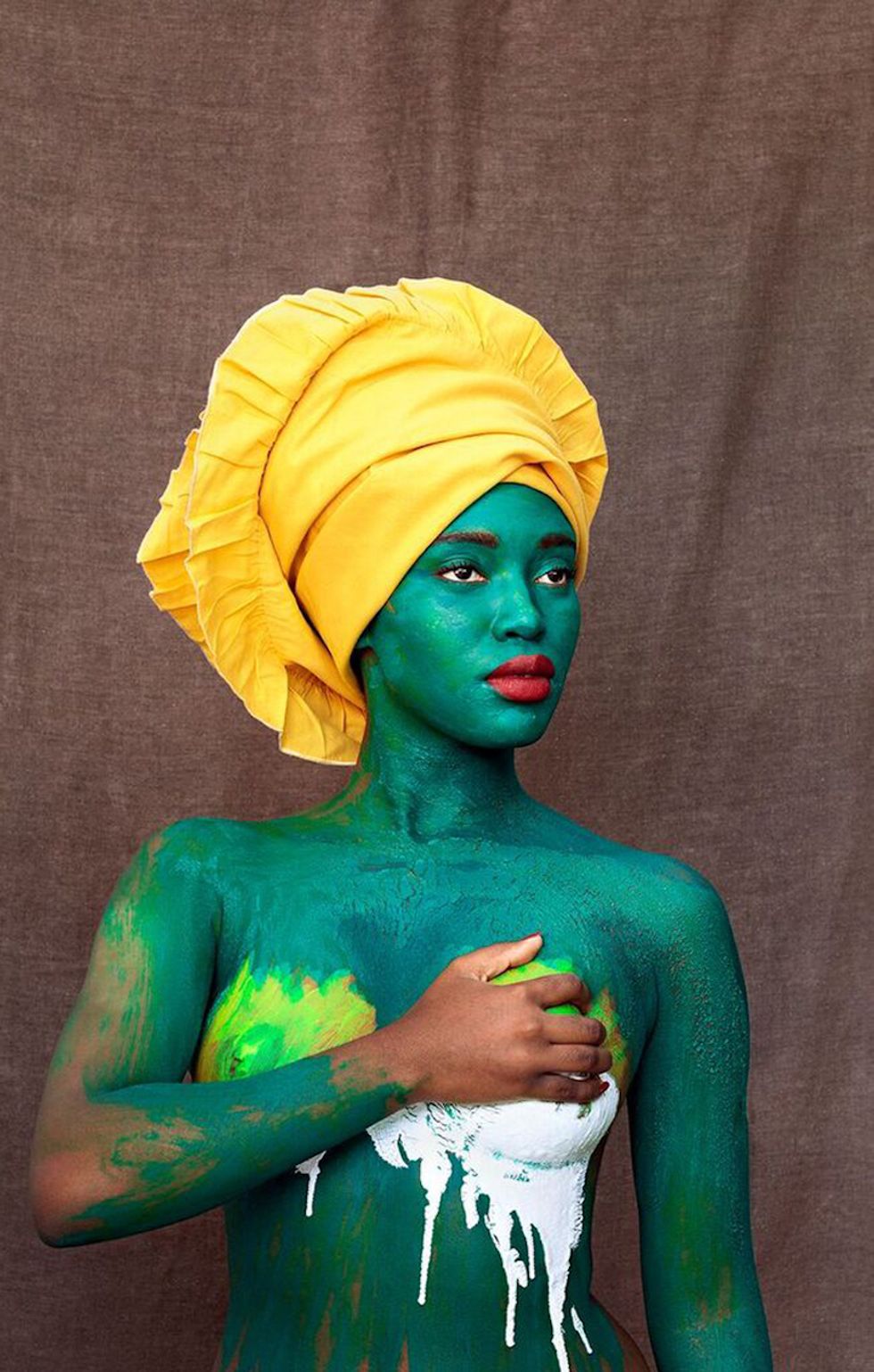 Spilt milk from the Milked In Africa series courtesy of Tony Gum.

We don’t want to say we told you so, but you can thank us for putting you on to South Africa’s Tony Gum last year. The multifaceted “artist in learning” makes her stateside debut as the only African artist to exhibit at the PULSE Contemporary Art Fair in New York this week. To top it off, she’s nominated for the PRIZE, a grant given to an “artist of distinction” who’s featured in a solo exhibition.

With shows in both New York and Miami, PULSE is one of the leading contemporary art events. It serves as a platform for new and the established galleries to connect with an international audience.

Gum (pronounced Goom) has already had an eventful 2016 so far. The second-year film student at Cape Peninsula University of Technology in Cape Town gave a keynote at this year’s Design Indaba and launched her new body of work at the Cape Town Art Fair earlier this month.

“More so than the female figure, more so than the black being — my continent has inspired this series,” she tells Okayafrica via email. “The hardships that each country has had to undergo but equally overcome is very inspiring. Nonetheless, Africa is now dealing with the aftereffects of the hardships, but what sets Africa apart is the fact the ‘She’ remains the power figure.”

Outside of her meticulously curated Instagram that’s been growing in popularity, Gum recognizes the fair as her chance to share with a global audience her continued discovery as an artist and what her work stands for.

“There is a greater narrative that Africans are capable of sharing and I’m merely trying to figure out that narrative too,” she says. “I want to communicate my culture, identity and the illuminating youth in South Africa.”

Once she got wind of her grant nomination on PULSE New York’s website, she became full of gratitude and contentment. “I feel immensely blessed,” she tells us. “After all, being the only nominee from Africa makes me feel really happy.”

Gum hopes to participate in more art shows in the future, such as the FNB Joburg Art Fair this September, and PULSE Miami in December.

PULSE New York runs from March 3 to 6 at the Metropolitan Pavilion. Keep up with Gum on Instagram and Facebook.

Half full, half empty from the Milked In Africa series courtesy of Tony Gum.

Milk someone from the Milked In Africa series courtesy of Tony Gum.

Self-portrait from the uTwiggy series courtesy of Tony Gum.