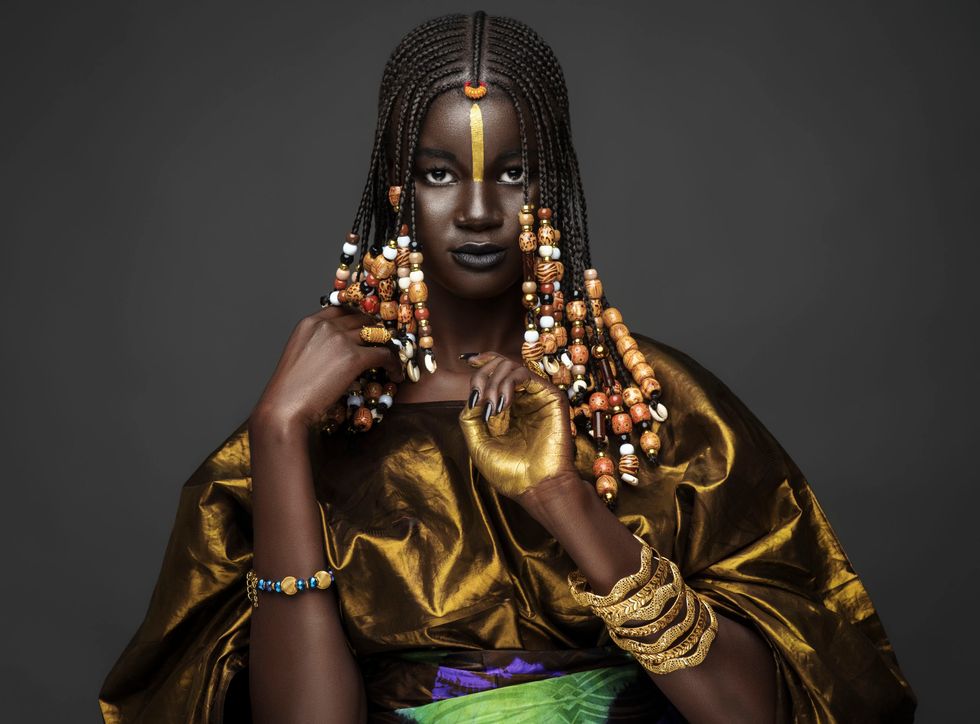 Here are 11 African female models that need to be on your radar as they make waves in the fashion industry.

Fashion is inextricably linked to its models, and models of color consistently serve as muses for top designers.

We are celebrating the 11 African female models below as they make major waves in the industry.

ICYMI, take a look at our top 12 African male models to know here.

Duckie went from placing third on Australia's Next Top Model to making an international name for herself. She left home and headed to NYC in search of acceptance of diversity and she found it. She's spoken out about her struggles with natural hair in the industry and is very conscious of the fact that she is a representation for girls that look just like her. When Rihannalaunched her eponymous makeup line this year, she used this model to portray just how diverse the line was.

The depth of this model's skin jumps out at you. She literally resembles a Barbie doll. It come as no surprise that her career has taken off! She has graced an all-black 2018 Pirelli calendar, was in Rihanna's most recent Paper magazine feature and on its Fall '17 cover, landed a Vogue Australia editorial and Harper's Bazaar Kazakhstan cover, and has ripped the runway for both Yeezy and FentyxPuma. Her list of clients include Helmut Lang, DSquared2, Jeremy Scott, Mansur Gavriel, Moschino, Puma, and Sephora.

Adwoa was “born on a Monday" to a mother that's a successful agent and a father that is one of the most sought after location scouts in London. Fashion was a step that made sense.

The Italian Vogue cover we just spoke of came months after a suicide attempt and a subsequent coma from the trauma. She was depressed and addicted to drugs, but came out triumphant. Her triumph would be the founding of an online platform, Gurls Talk, to help girls like her deal with their sexuality, mental health, and body image.

Maria is a global ambassador for L'Oreal Paris and has graced Victoria's Secret's fashion show on many an occasion, once in particular, as the first black model to do so with natural hair. The beauty's list of clients include Balmain, Etro, Dior, Gap, Oscar de La Renta, Tom Ford, and Zac Posen. She's come a very long way from the orphan girl working in a supermarket to make ends meet.

What's most moving about this model is her candid talks on experiencing female genital cutting in her youth and fleeing her home for safety here in the United States.

Halima was born in a Kenyan refugee camp and moved to the States at the age of 6. Scouted after competing in a Miss Minnesota USA pageant, she walked a Yeezy runway last February and went from that to Maxmara, Albert Ferretti, American Eagle, Fenty Beauty, a Vogue Arabia cover, a Glamour cover and an Allure cover. She redefines beauty standards by doing all the aforementioned in her hijab. She is breaking barriers for Muslim women everywhere.

Ayaana has been in an Ivy Park editorial and hopes to work for brands like Chanel in the near future.

Because she is the first winner of “Africa's Next Top Model," Aamito has been in the industry since 2013. The rebel skipped out on law school for her career! She has worked with J. Mendel, Tadashi Shoji, Yeezy, Ohne Titel, Zac Posen, Marc Jacobs, Paul Smith, Bottega Veneta and H&M. She has appeared in Elle, Allure, W Magazine, British Vogue and Vanity Fair and spoke out against slanderous trolls who berated her when MAC Cosmetics posted a picture of her luscious lips.

Teased as a child for her skin color, Khoudia has since been placed in a campaign for French cosmetics brand Make Up For Ever and has been making major strides in the industry advocating for people with skin with as much depth as hers. Revisit her photo story celebrating her Nyenyo heritage.

In 2013, 14-year-old Amilna landed an Elite Look contract in her capital city and it's been smooth sailing ever since. Her resume is a laundry list of some of the most highly coveted brands in the fashion industry: Givenchy, Lanvin, Balmain, Alexander Wang, Burberry, Phillip Lim, DVF, Dolce & Gabbana, Express, Fendi, Kenzo and more.

Herieth has worked for Victoria's Secret, Nina Ricci, Zimmermann, Adam Selman, Stella McCartney, Lacoste, Tom Ford, Calvin Klein, Armani, Cavalli and 3.1 Phillip Lim. She has appeared in editorials for i-D, Vogue Italia, and Teen Vogue and graced the cover of Canadian Elle. Her beautiful skin has even landed her a role as a face for Maybelline New York.

Imaan prides herself on being an African-Arab model opening doors for girls just like her. The Muslim model celebrates all aspects of who she is. She's covered American Vogue on two occasions and has received Anna Wintour's applaud many a time. She's worked for Burberry, Alexander McQueen, Maison Margiela, Givenchy, Marc Jacobs, Prada, Michael Kors, Moschino, Chanel, DKNY, Jean Paul Gaultier, Hugo Boss, Stella McCartney, Oscar de la Renta, and much more. Her career is on fire!