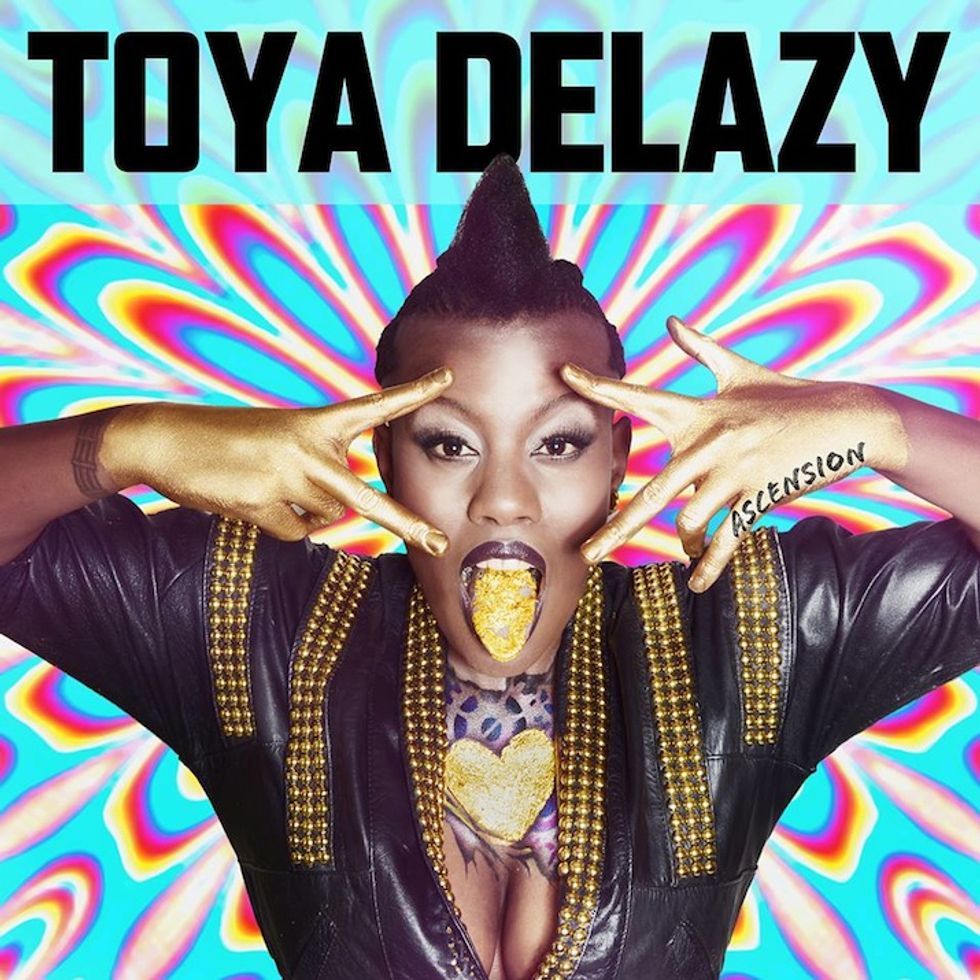 KwaZulu-Natal-born singer/songwriter/pianist Toya Delazy is the creator of the musical fusion "J.E.H.P." (jazz-electro-hop-pop). Since sitting down with Okayafrica in NYC to perform a moving piano ballad rendition of her breakthrough song "Pump It On" for our Okay Acoustic series, Delazy has kept busy readying the release of her sophomore album Ascension. This week she delivered on the record's first single. "Forbidden Fruit," a gospel-tipped cauldron of throbbing drums and jittery electronic spurts, is unquestionably one of Delazy's most thrilling songs yet. Darker than the merry "Heart" and the triumphant "Pump It On" from her debut album Due Drop, "Forbidden Fruit" has a hellish ferocity– though one that ultimately expresses a warmer belief. As Delazy comments on the song, "You love who you love. This life has no rules, there is no instruction manual, we don't live to find ourselves, we live to create ourselves..." While a certain lonesomeness may underlie this idea, it could actually speak to a kind of glorious individualism. So while Delazy may, as she sings, be "cut in two" over the person she loves, she can't help but savor the joy and freedom and like the "guilty pleasures" that come along with her ever-growing affection for her partner. Despite its infernal nature and perhaps existentially tortured lyrics ("What should I do?/I'm cut in two"), "Forbidden Fruit" is then, at its core, a love song.

Speaking on Ascension, Delazy (who co-produced the album) explains "It's about rising as a person, as a nation, as humanity, through knowing, growing the inner wealth, and becoming." The record, then, is one of a very intriguing and ever relevant theme. As "Forbidden Fruit" shows, though, it's also one of deeply felt emotion– the type of album that could only be the result of a musician's passion and fearlessness. Ascension is due out October 28th via Sony Music Africa. In the meantime listen to the first single "Forbidden Fruit" below and watch Toya perform the "song that liberated her" in the Okay Acoustic session below.