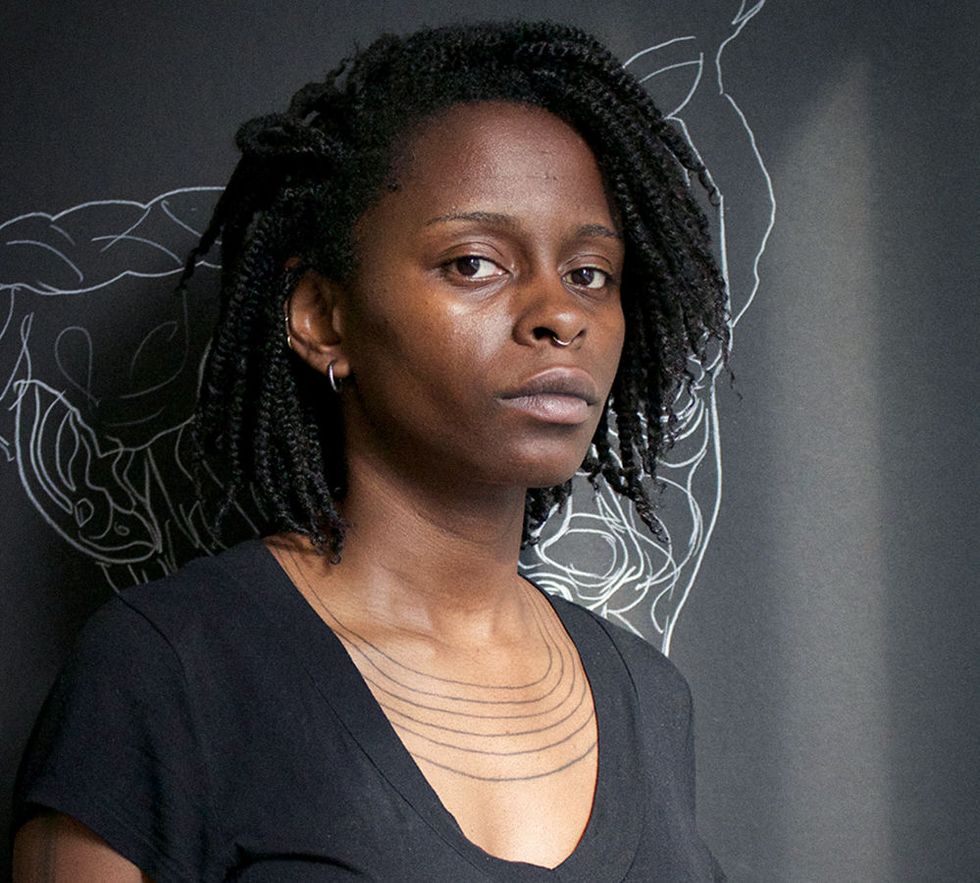 Toyin Ojih Odutola was born in Nigeria and raised in the U.S, where she pursued an undergraduate degree in studio art and communications from the University of Alabama, and an MFA from California College of Arts. She is best known for exploring the construct of skin color through her work that incorporates the use of a black ballpoint pen.

Jack Shainman Gallery, The Museum of Modern Art and The Whitney Museum of American Art in New York represent the artist. When talking about the black figures in her drawings for the Village Voice, Odutola said: “One of the things I like to play with is, ‘What is black?’ Is it because I drew it? Is it because it looks black? Is it because you think the figure is black? Because a lot of it is just a filter, and the filters get more and more obstructed by whatever people think the image is about and not really what it is. So often times I don’t tell people a lot about the work because I think they create a mythology around it, which is far more interesting than what it actually is.”

The Birmingham Museum of Art and the Smithsonian National Museum of African Art have all showcased her pieces, and Odutola has appeared in Forbes 30 under 30 list.