The Temporary Protected Status for Guineans, Liberians, and Sierra Leoneans in the U.S. is at Stake—Here's Why You Should Care 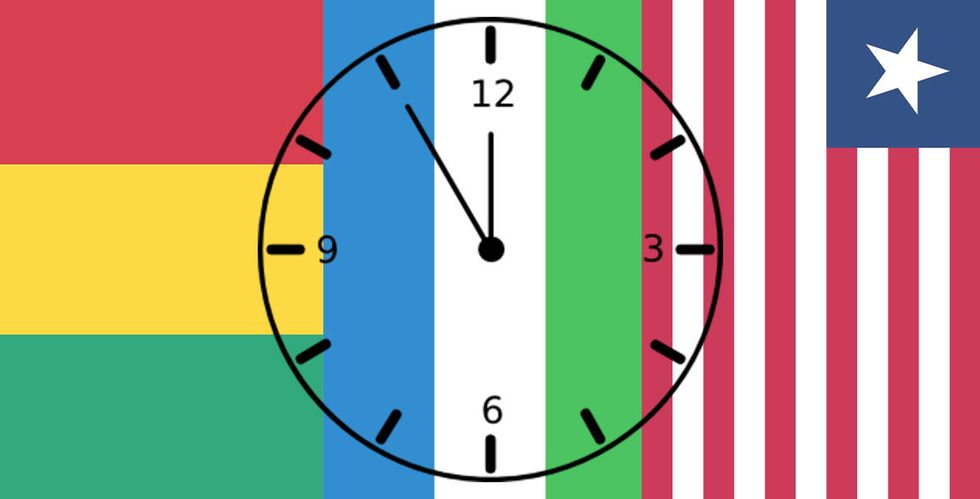 Nana Brantuo pens why a push is much needed for an extension of TPS for Guinean, Liberian, and Sierra Leonean nationals in the U.S.

December 2013 marked the beginning of the most widespread epidemic of the Ebola virus in history.

Starting in Guinea and rapidly moving to Sierra Leone and Liberia, the virus caused significant death over the next three years with a fatality rate reported to be as high as 70 percent. As the epidemic continued to cause disruption and havoc, nationals of these countries residing in the United States supported from the sidelines by sending remittances and resources to family back home in hopes of providing as much relief as possible.

A portion of these nationals not only had to bear the pain of watching their nations suffer and nearly crumble under the weight of the unanticipated epidemic, they also had to navigate our society as undocumented immigrants with the fear of detention and deportation looming over their heads. However, despite the fear and anxiety, they continued to support themselves and their family during this period of substantial disruption.

When the Department of Homeland Security (DHS) announced the designation of Temporary Protected Status (TPS) for Guinean, Liberian, and Sierra Leoneans nationals, our community was able to breathe with less tension and more ease. As noted within the Immigration and Nationality Act, TPS may be designated by the Attorney General for any foreign state if:

the Attorney General finds that...there has been an earthquake, flood, drought, epidemic, or other environmental disaster in the state resulting in a substantial, but temporary, disruption of living conditions in the area affected.

Once granted, TPS beneficiaries are eligible to remain in the United States, may not be removed, are authorized to work and to obtain Employment Authorization Documents (EADs), are eligible for the use of the Healthcare Marketplace in accordance with the Affordable Care Act, and in some states, eligible for in-state tuition.

True to its title, this form of humanitarian relief is to be brief, but in the case of Guinea, Liberia, and Sierra Leone, the briefness of the designation brings into question the ethics and equity of the DHS' decisions that impact thousands of people living in the United States. Originally set to expire in May 2016, the Secretary of Homeland Security Jeh Johnson extended the designation for an additional 6 months—the shortest and first of its kind in the history of TPS.

A mere six months following the worst Ebola epidemic the African continent has ever seen.
A mere 6 months, as opposed to the 18-month extensions and redesignations granted to El Salvadorian, Honduran, Nicaraguan, and Syrian nationals living in the United States. A mere six months, despite the World Health Organization’s declaration of the region being Ebola free in June 2016, following several wrongful declarations.

Decisions to re-designate and extend TPS are typically announced two months before the expiration date set by the DHS. Now, a week before what is the two month mark, the silence from the DHS is deafening and nerve wrecking—raising questions among African immigrants, their respective communities and advocacy organizations on the genuineness of the DHS’ claim of TPS being granted as a form of humanitarian relief. This lifeline, though temporary, is necessary for thousands of Guinean, Liberian, and Sierra Leonean nationals, many of whom are awaiting anxiously for news that they will be able to walk the streets without fear of deportation.

I write this as a second generation West African immigrant of Ghanaian, Sierra Leonean, and Guinean heritage. I write this with the utmost love and respect for my people following an extended period of undignified media coverage that mapped disease and chaos onto our black, African bodies, dehumanizing and demonizing us as the vessel of an unwanted “African” disease. I write this as an advocate for and ally of those of my people who are living in this country, undocumented but undeniably a part of the fabric of this nation. I urge the U.S. government (the DHS in particular), to acknowledge the substantial, temporary disruptions of living conditions in Guinea, Liberia, and Sierra Leone and re-authorize TPS for these countries in the spirit of equity and humanitarianism.

But as we exhale following three years of disease and fatality hanging over the heads of the people of these nations, we must take into consideration that Ebola free doesn’t mean that the disease is gone forever.
Just remember the previous Ebola outbreaks in the Democratic Republic of the Congo, Sudan, Gabon, Uganda, and the Republic of the Congo to know that the threat of the virus’ return is not out of reach.

With the outbreak of Ebola, the fragile state of the health care systems of all nations worsened. The low number of medical professionals, health facilities, and equipment needed to effectively combat the epidemic undoubtedly played a role in the prolonging its presence. In addition to Ebola, endemic and infectious diseases such as yellow fever, malaria, cholera, etc. continued to impact the region.

The economic impact included a $2.2 billion loss in GDP for the three countries. Mobility and trade restrictions (in attempts to halt the spread of the virus) also negatively impacted trade, tourism, agriculture, and mining industries, contributing to the loss in gross domestic product. Food prices also continue to rise following the start of the epidemic.

Nearly 20 perecnt of all Ebola cases occurred in children under the age of 15 and an estimated 17,300 children were orphaned as a result of the epidemic. The intensity of the epidemic interrupted schooling for students in all three countries and “by the time the schools reopened in 2015, students had lost approximately 1,848 hours of education due to school closures, ranging from around 33 weeks in Guinea to 39 weeks in Sierra Leone.”

As the epidemic in its aftermath continues to impact the health care infrastructure, educational system, and economic structure and development of Guinea, Liberia, and Sierra Leone, it is imperative for the United States government to recognize the potential negative impact of large influxes of nationals returning. I urge you all to email and call your local congressperson to request that they sign on a dear colleague letter (authored by Representatives Donald Payne Jr., Jose Serrano and Yvette Clarke) for redesignation and TPS extension for Guinea, Liberia, and Sierra Leone. I urge you all to tweet Secretary of Homeland Security Jeh Johnson at the handle @DHSgov demanding that TPS is redesignated and extended for the region.

It is my hope that we, the people of this nation, realize and actualize our collective power by pushing for the redesignation of TPS for immigrants from Guinea, Liberia, and Sierra Leone. I believe that we can make a difference. I believe we can win this and future battles to come.

Nana Brantuo is an educator, researcher, blogger and writer born and raised in the Washington Metropolitan area. A doctoral student at the University of Maryland, College Park and an alumna of Howard University, she centers her academic interests on the mobility, migration, and educational experiences and trajectories of African and African descendant peoples.

Her academic work has taken her to various states and countries around the world—with her most recent travels taking her to Cuba and Haiti. She was a 2016 UCLA Dream Summer Fellow working with the Black Alliance for Just Immigration to develop and implement workshops and trainings focused on the Black immigrant presence in the United States. Keep up with her on Twitter and Instagram.