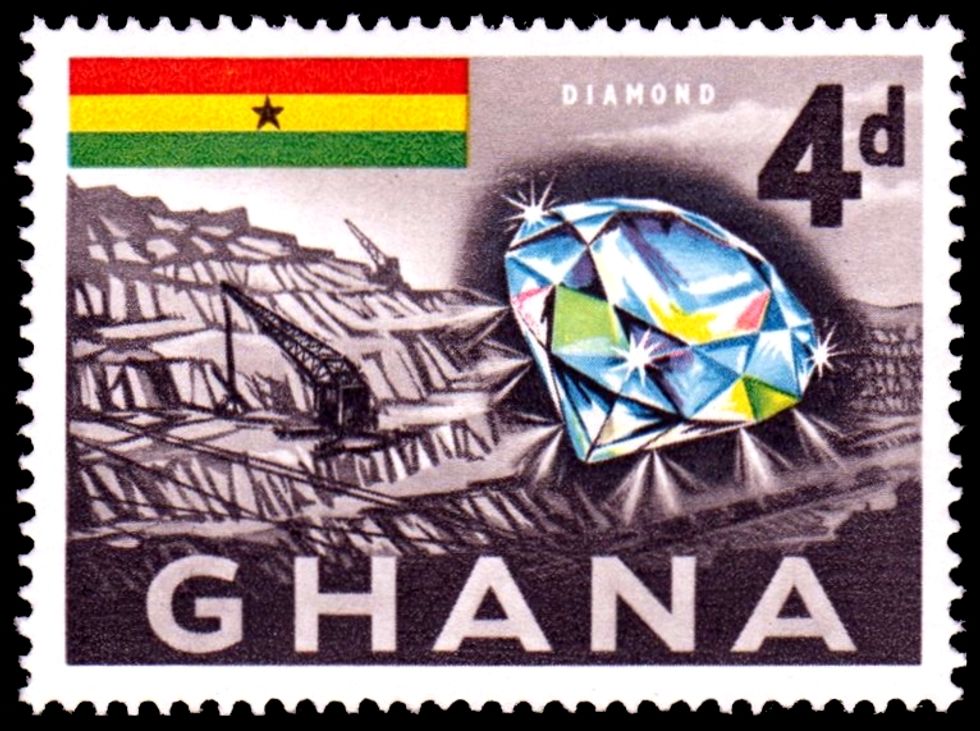 Bored at work today? Take note from these four Ghanaian postal workers who turned the dull repetitiveness of canceling stamps into an amazing tune.

This is what you are hearing; the two men seated at the table slap a letter rhythmically several times to bring it from the file to the position on the table where it is to be canceled (this act makes a light-sounding thud). The marker is inked one or more times (the lowest, most resonant sound you hear) and then stamped on the letter (the high-pitched mechanized sound you hear). As you can hear, the rhythm produced is not a simple one-two-three (bring forward the letter - ink the marker - stamp the letter). Rather, musical sensitivities take over. Several slaps on the letter to bring it down, repeated thuds of the marker in the ink pad and multiple cancelations of single letters are done for rhythmic interest. Such repetition slows down the work, but also makes it much more interesting for the workers.

The other sounds you hear have nothing to do with the work itself. A third man has a pair of scissors that he clicks - not cutting anything, but adding to the rhythm. The scissors go "click, click, click, rest" [...] a basic rhythm used in popular dance music. The fourth worker simply whistles along. He and any of the other three workers who care to join him whistle popular tunes or church music that first the rhythm.