The Trailer for Jahmil X.T. Qubeka's New Film 'Knuckle City' Is a Must-Watch 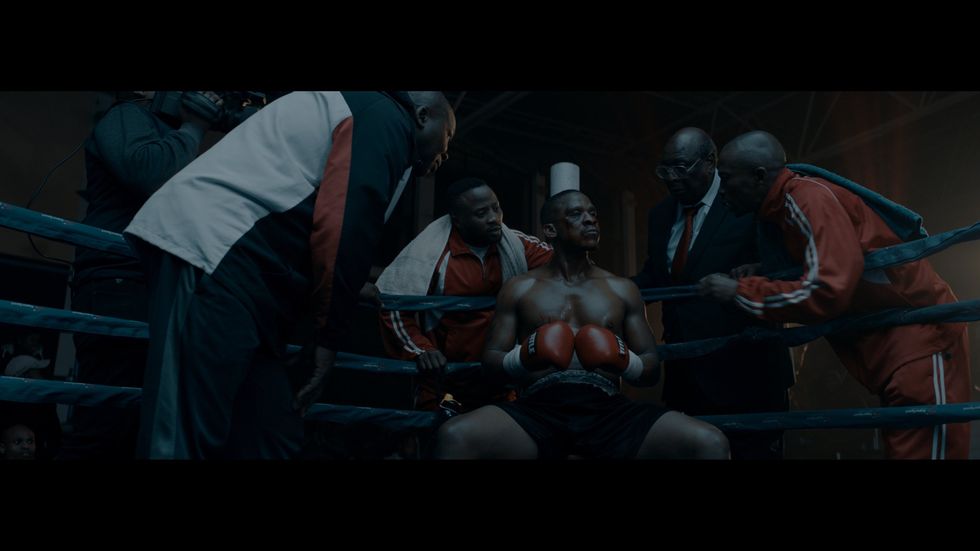 Before we get into the details, watch the chilling and riveting trailerbelow.

In Knuckle City, Qubeka explores the psychology of a fighter from South Africa's Mdantansane—a township with the legacy of producing boxing world champions—as the writer and director. Spoken in isiXhosa, the film also digs deep into the notions of inherited toxic masculinity and the intense underbelly of the fighting world.

Take a look at the synopsis from award-winning production house Yellowbone Entertainment below:

A slice of street life in South Africa's Mdantsane township, known as the boxing mecca ofSouth Africa, Knuckle City follows the journey of Dudu Nyakama (Bongile Mantsai), a down and out aging boxer as he struggles to attain the one fight that he believes will uplift his fractured family. Contending that the underbelly of the boxing world is rife with criminality, Dudu unwittingly enlists the help of his reckless but resourceful, gangster brother who's coming out of jail. Haunted by the ghost of their father, Dudu soon finds that the fight at home is far more challenging than any opponent he can possibly face in the ring.

Qubeka explains in his director's statement that this is his first film set in the area that raised him. Knuckle City is not only his ode to his formative years, but was also inspired by the fighting/crime films including Raging Bull, Fighter, Rocky and Mean Streets—all of which chronicle the coming-of-age journey to manhood. It's his effort to give South Africa its well-deserved boxing film.

"Growing up in the township of Mdantsane in the 80s and 90s was an experience that has shaped the entirety of my life," he says. "The energy of the landscape and the visceral fight for survival that is palpable on the streets has inspired in me a deep yearning to chronicle the lives of its inhabitants through cinema."

"It is my intention to capture the essence of life in Mdantsane and the restless pursuit of being a champion within a society that often dictates you are a failure. I am determined with this film to give audiences a glimpse into a world rarely seen, and a deeper understanding of the multi-faceted individuals inhabiting our land."

Knuckle City is presented by Mzansi Magic and Yellowbone Entertainment; helmed by Layla Swart as its producer and editor. Stay tuned for the film's release date.

Revisit our 2018 interview with Qubeka, where he speaks on his experience telling the story of South Africa's legendary outlaw, John Kepe, here.