Making The Road To South Africa, Cuba, and Brazil With Prexy Nesbitt 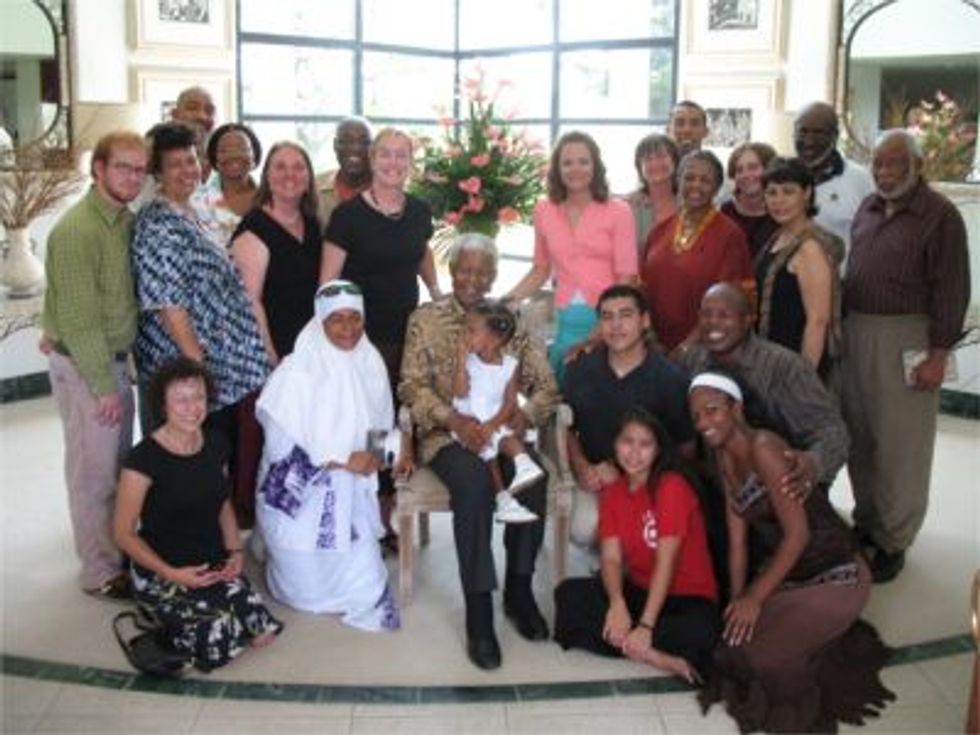 Travel to South Africa, Brazil, and Cuba with Prexy Nesbitt's 'Making the Road' - an organization committed to educational journeys.

I don't mean to employ hyperbolics here, but it's possible that the "Tubman/Cabral - Calendula Expedition" will change your life (as it did mine 6 years ago). The 3 week "expedition" takes off from the United States June 14 and will makes stops in Cuba, Brazil, and South Africa before returning to the U.S. on July 8. The value in this trip doesn't just come from the fact that it spans two continents, but rather the knowledge and experience of the trip's organizer, Prexy Nesbitt, a long-time educator and activist.

"Making the Road," Nesbitt's educational travel organization regularly brings together a hodge podge of folks who yearn for something other than a safari when travelling to Africa. During Nesbitt's regular jaunts to Southern Africa, group members get a full sense of how the decolonization movements shaped current social, economic, and political situations. Nesbitt was never an arm chair academic but rather an active member both in the U.S. and Southern Africa of organizations working to remove brutal colonial regimes. If you're lucky, Nesbitt might even share the story of how he illegally snuck into apartheid South Africa dressed as a nun.

To reflect on the 150th anniversary of the Emancipation Proclaimation, Nesbitt has organized the Tubman/Cabral journey to some of the world's major slave-providing nations. Trip participants will visit key sites of slave resistance and revolt with the aim of gaining deeper understandings of the popular "middle passage" narrative. The tour is a part of international solidarity work and participants from various countries and backgrounds are encouraged to apply.

You've probably never travelled like this before. For more information, and to apply, go here.