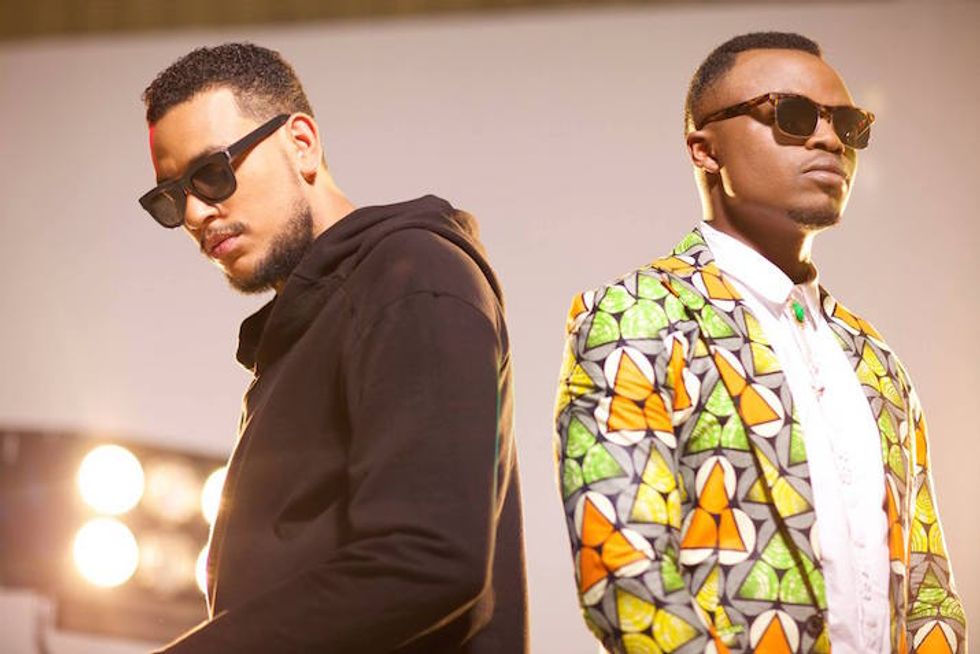 DRC-born, Durban-based singer Tresor releases the music video for "Mount Everest" alongside AKA.

DRC-born, Durban-based singer/songwriter Tresor is ebullient in the music video for "Mount Everest," the latest single off his forthcoming debut VII LP. After a bouncy drum intro, South African rapper AKA sets the adoring tone of the track before a sunglass-wearing Tresor appears, radiating pure affection. Whether playing the guitar, filming his lover drinking champagne, or bobbing his body to high-tempo drums, the sweet-voiced singer beams sheer joy, promising to take his partner "higher than Mount Everest." Tresor, who came to Durban in 2008 as a refugee and previously worked as a car guard and waiter, has been earning airtime on major South African radio for his previous singles "Complete" and "Stuck on You." He's also recently played live with Ladysmith Black Mambazo and Vusi Mahlasela and toured with SA singer Zahara (whom he's written for and collaborated with). Like his influences Freshlyground and Asa, Tresor (French for "treasure") is a pop star with heart. Check out the video for "Mount Everest" featuring AKA below, and keep posted for more from Tresor as he releases VII, which will also feature Khuli Chana and Beatenberg.