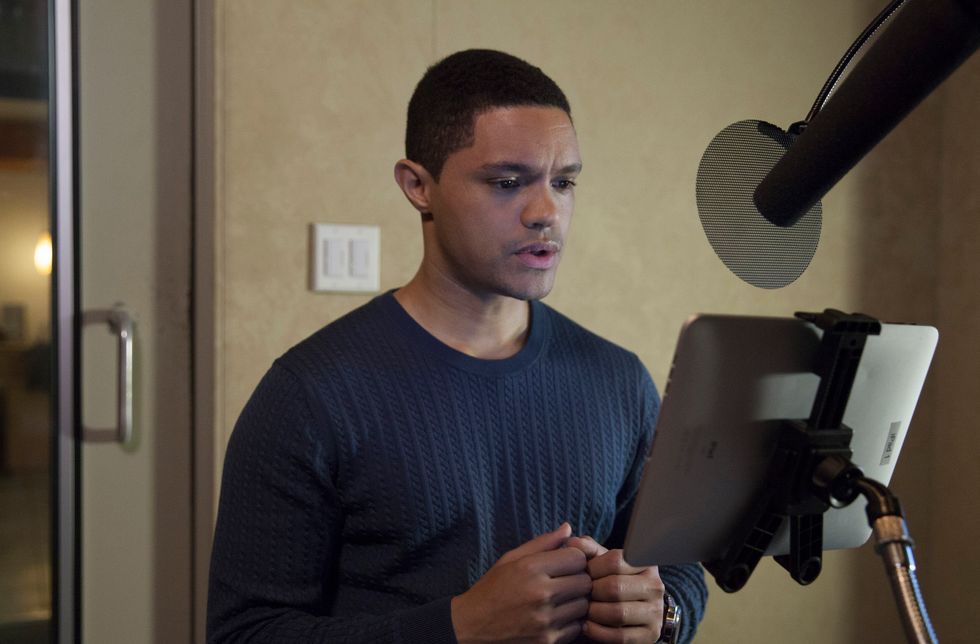 Trevor Noah narrates a story about his mother's “faith-based obstinacy” in this clip from The Daily Show host’s new book, ‘Born a Crime’

Tomorrow, Trevor Noah will officially add “author” to his CV with the release of his first book, a collection of 18 personal essays centered around The Daily Show host’s childhood in South Africa at the tail end of apartheid and the precarious days of “freedom” that followed.

The 304-page memoir, Born a Crime, is getting a simultaneous audiobook narrated by Noah himself. In a new clip premiering exclusively on Okayafrica today, we get to better understand Noah’s relationship with his eccentric Xhosa mother.

Patricia Noah, we learn, is a religious woman. She’s also a very stubborn woman. In the short anecdote below, Noah tells of playing devil’s advocate to his mother’s “faith-based obstinacy.”

The print and audio versions of 'Born a Crime: Stories from a South African Childhood' are out this Tuesday via Penguin Random House’s Spiegel & Grau and Audible Studios respectively.