The Daily Show’s Trevor Noah On Boko Haram In the Media: "Africa Is The Vegas of Islamic Terror: What Happens In Africa Stays In Africa” 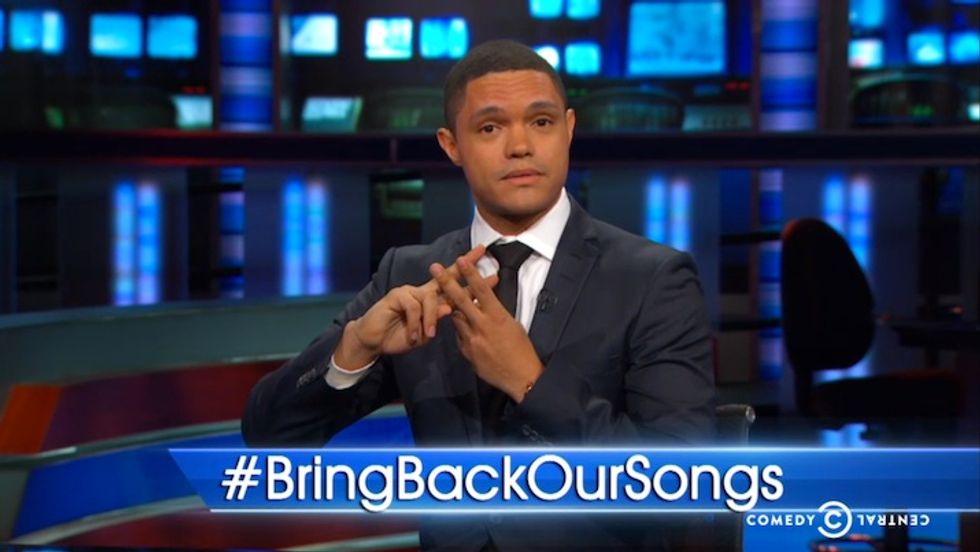 South African comedian Trevor Noah reports on Boko Haram and Baga in the media in a brilliant segment on 'The Daily Show With Jon Stewart.'

In December South African comedian Trevor Noah made his brilliant debut as Senior International Correspondent on The Daily Show with a hilarious “Spot The Africa" segment. Last night Noah joined Jon Stewart for the second time to report on how no one in the media is talking about Boko Haram and the recent tragedy in Baga. Not a single head of state went to Nigeria after the January attacks, he pointed out. "In France, 1.6 million people marched for twelve cartoonists. But by that math, the whole world should have been marching in Nigeria," Noah said. "Sometimes it just feels like Africa is the Vegas of Islamic terror. What happens in Africa, stays in Africa." He also called out Paul Simon for stealing South Africa's music (#bringbackourmusic). Watch Noah's latest segment on The Daily Show in full below.