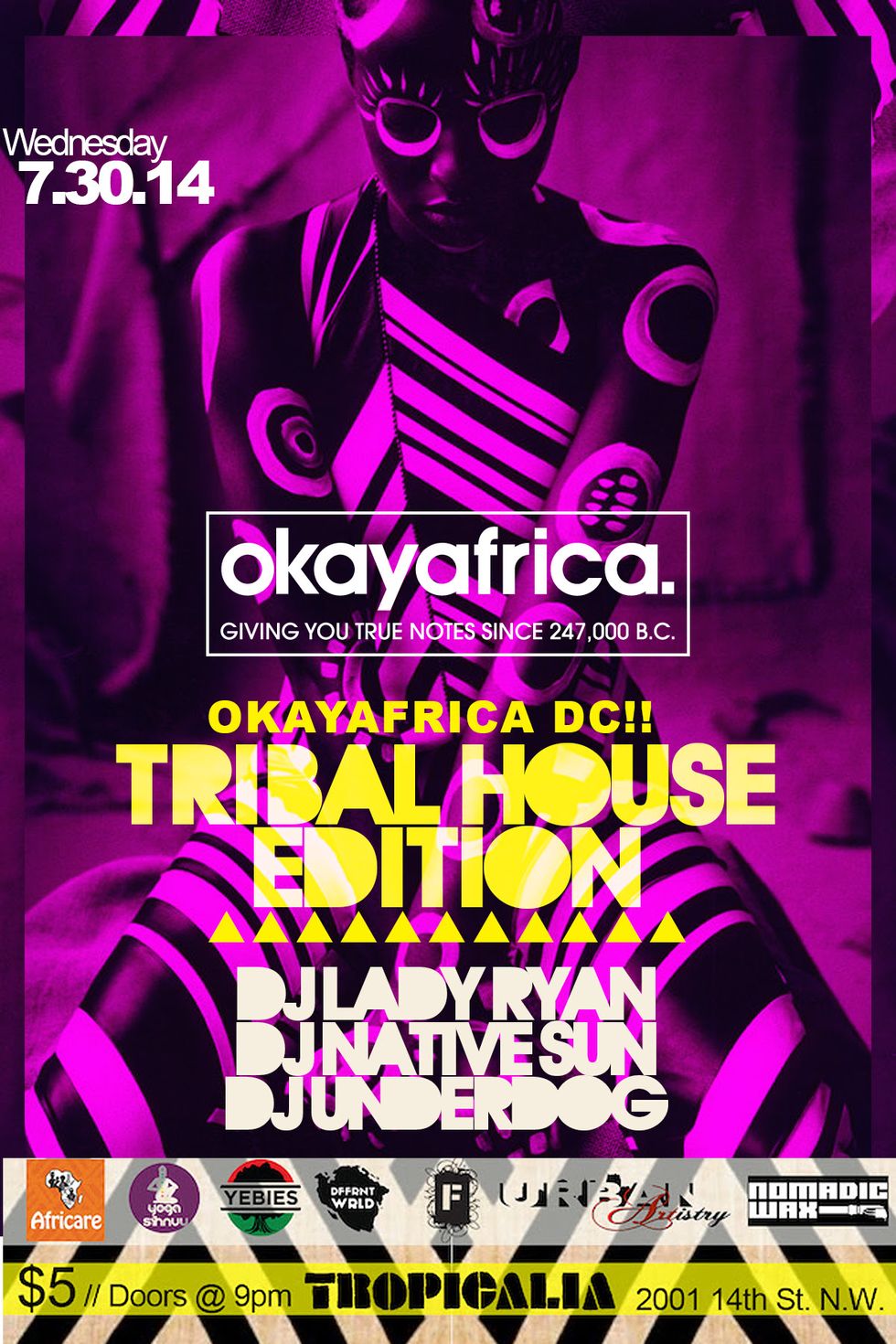 DC! In the name of promoting the latest music and culture coming from Africa and its diaspora, our #OKAYAFRICADC party commands the capital’s dancefloor. Resident spinner DJ Underdog will provide sounds that are mind-wide and foot-friendly with DJ Lady Ryan from Oakland, CA and DJ Native Sun accompanying the mood of the night. Anything is fair game, but this Wednesday you’ll probably hear more tribal house than normal! The DJs will paint a sonic wall with the best tribal underground tracks. If you love house music this is where you belong!

P.S. Afrobeat, kwaito, kuduro, zouk, soukous, azonto, kukere, coupe decale and hiplife are not exempt from this Wednesday’s festivities. What will be lacking are pretensions, commercial radio nonsense, and egos. Learn more about Okayafrica Wednesdays by following our Facebook and Twitter.

Come between 9pm-10pm to preview the Finding Fela soundtrack, which tells the story of Fela Kuti’s life, music, and his social & political importance. This in-depth look at the man who created afrobeat includes 17 of Fela's classic tracks plus a never-before released live version of “Colonial Mentality” recorded at the New Afrika Shine in Fela’s hometown of Lagos and features Femi Kuti on saxophone. With his audacious music and much courage, Fela helped fight corruption and autocracy in freshly democratized Nigeria. Come preview the soundtrack that everyone is raving about. Prizes and give aways to will be on deck. Come with your Fela knowledge on your mind. Yeah yeah!