Are We Truly Free?—A Bittersweet Freedom Day for South Africans 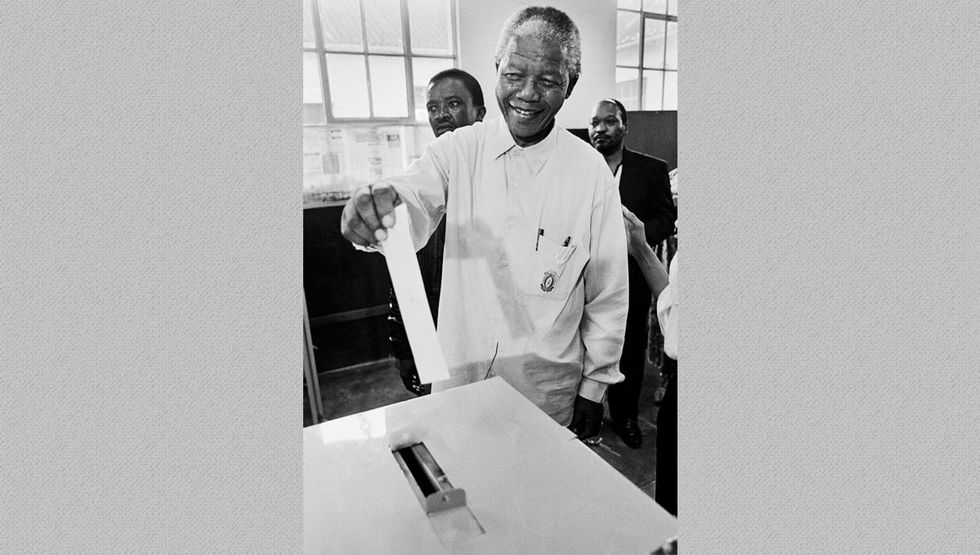 "If the ANC does to you what the Apartheid government did to you, then you must do to the ANC what you did to the Apartheid government." These are the words of the late Nelson Mandela which were repeated by his granddaughter, Ndileka Mandela, at Thursday's anti-Zuma Freedom Day rally held at the Caledonian Stadium in Tshwane, Gauteng.

It’s been 23 years since the first South African democratic elections which saw the end to the oppressive Apartheid regime. However, the day has been a bittersweet one with celebrations and a keynote address by President Jacob Zuma taking place in one part of the country and a massive rally calling for the stepping down of Zuma taking place in another.

The rally was led by the newly established Freedom Movement and leaders of several opposition parties most notably the DA. This, after the #AntiZumaMarches earlier this month which occurred in response to Zuma's controversial #CabinetReshuffle, his firing of Finance Minster, Pravin Gordhan, and #JunkStatus that saw the downgrade of the country's investment rating and a battered Rand. Although the numbers were considerably less this time around, they were still significant. There was a sea of various placards calling on Zuma's resignation once again and alluding to the upcoming vote of no confidence set to take place in the weeks to come.

In contrast, celebrations of sorts continued in Manguzi, KwaZulu Natal, where Zuma addressed many in a speech which took multiple underhanded swipes at opposition parties, called for non-racialism and unity amongst South Africans but said absolutely nothing about how the majority of South Africans have lost faith in his leadership (or lack thereof).

Are we truly free though?

This was the prevailing sentiment of the day today. I myself am a born-free. I was born in 1994 when South Africa transitioned peacefully into a democracy when many were convinced that we were heading for a civil war and had already started packing their suitcases for Australia. I do not know what it means to not be able to access public facilities such as bathrooms, schools, benches or beachfronts simply because I am black. I do not know what it means to be arrested for standing up against an oppressive regime that does not see my humanity simply because I am black. In many ways, I can say that I am truly a benefactor of the fruits of freedom that were born from the trees nourished by the blood of those who came before me and other born-frees. However, in as much as I am free in many ways, I am not free in others. This is how many South Africans, and more so those who actually lived through Apartheid, feel today.

Access to tertiary institutions for black students is still a hard fight being fought 23 years into our democracy. We have the vast majority of black South Africans living in abject poverty with pitiful service delivery and a crippling unemployment rate; people who can't pull themselves up by the so-called bootstraps because they don't even have them to begin with.

Twenty-three years later and it feels as if, although we've made tremendous strides in the face of considerable adversity, we have little more than a string of broken promises from those who were entrusted the baton of freedom by those who literally forfeited their lives. Today, as I sit debating the extent of my freedom and that of my fellow South Africans, I am suddenly haunted by Chris Hani's words all those years ago: "What I fear is that the liberators emerge as elitists who drive around in Mercedes Benzes and use the resources of the country to live in palaces and to gather riches." It's as if he knew then what we are only seeing and experiencing now – 23 years later.

But I have hope. All is not lost. Despite the murky waters we find ourselves in now, I am encouraged by the way that South Africans have for the most part come together during such a politically volatile time. We have much to work on in terms of fighting racism and redressing the many wrongs of the past, there are difficult conversations and uncomfortable ones at that, that need to happen before we can begin genuinely healing and moving forward as a country. However, what is undeniably clear is how at this very moment in time, what our country needs before we can think of or do anything else, is for our calls for Zuma's resignation to be the loudest they have ever been. That is the most pressing of all our troubles.

So as we anxiously anticipate what will unfold in the coming weeks and months that will ultimately culminate in the 2019 general elections, I encourage South Africans to hold onto the idea of freedom and unity that was so rampant in our hearts on the eve of our democracy. I urge you to remember those wise words of Tata Madiba who, along with so many of those defiant comrades, sacrificed so much of himself for this very ideal: "Let freedom reign. The sun has never set on so glorious a human achievement."