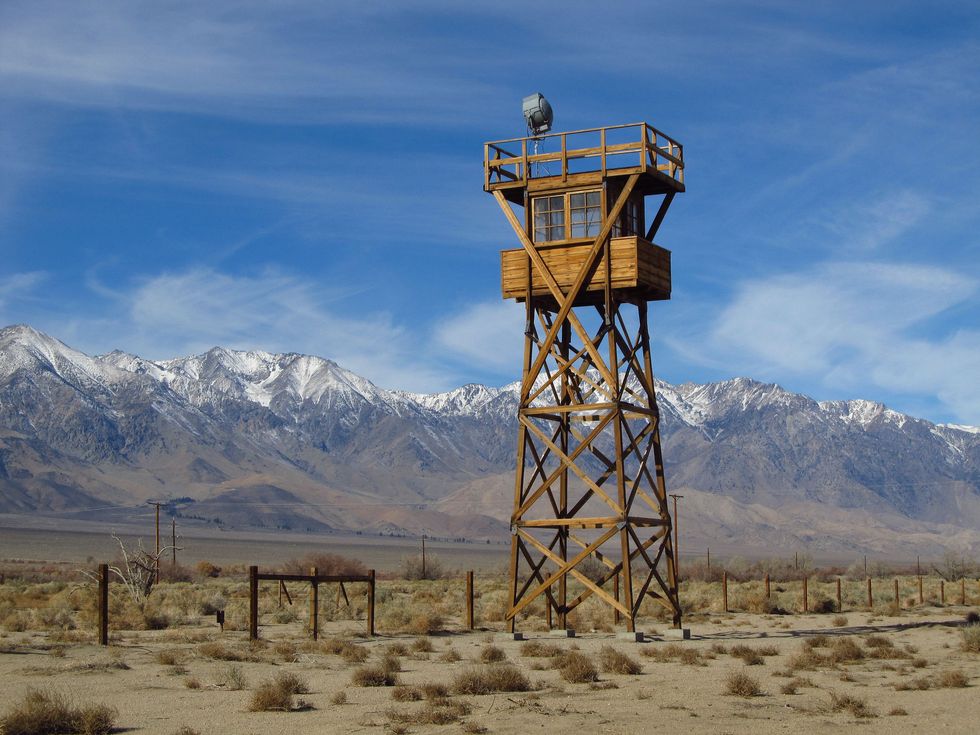 Black Lives Matter activists and civil rights marchers before them know that the only real protest that matters involves putting your body on the line.

During an appearance on Megyn Kelly’s Fox News show, Carl Higbie said a registry proposal being discussed by Trump’s immigration advisers would be legal and would “hold constitutional muster.”

“We’ve done it with Iran back awhile ago. We did it during World War II with the Japanese,” said Higbie, a former Navy SEAL and until Nov. 9, the spokesman for the pro-Trump Great America PAC.

“Come on, you’re not proposing we go back to the days of internment camps, I hope,” she said.

“I’m not proposing that at all,” Higbie told her. “But I’m just saying there is precedent for it.”

Let's be clear. No amount of safety pin activism is going to stop these camps.

As Trevor Noah suggested on the Daily Show said last night, "We need to all register as Muslims." But that's not enough either. Black Lives Matter activists and civil rights marchers before them know that the only real protest that matters involves putting your body on the line.

Trumpists are already talking about a first phase of 3 million deportations. That's hundreds of thousand of families torn apart, massive fleets of vans and busses and militarized agents spreading across every inch of this country.

White liberals who truly believe that this Trumpist rhetoric is a steady slide into a new-American fascism must prepare to join BLM and the native demonstrators of No DAPL and insert their bodies into the gears of this anti-human machine.

Quit talking about moving to Canada and go lay down in front of an ICE van. Throw your safety pins away and go handcuff yourself to an immigration detention center. Physically be in that space.