Your Ideology Is A Shithole 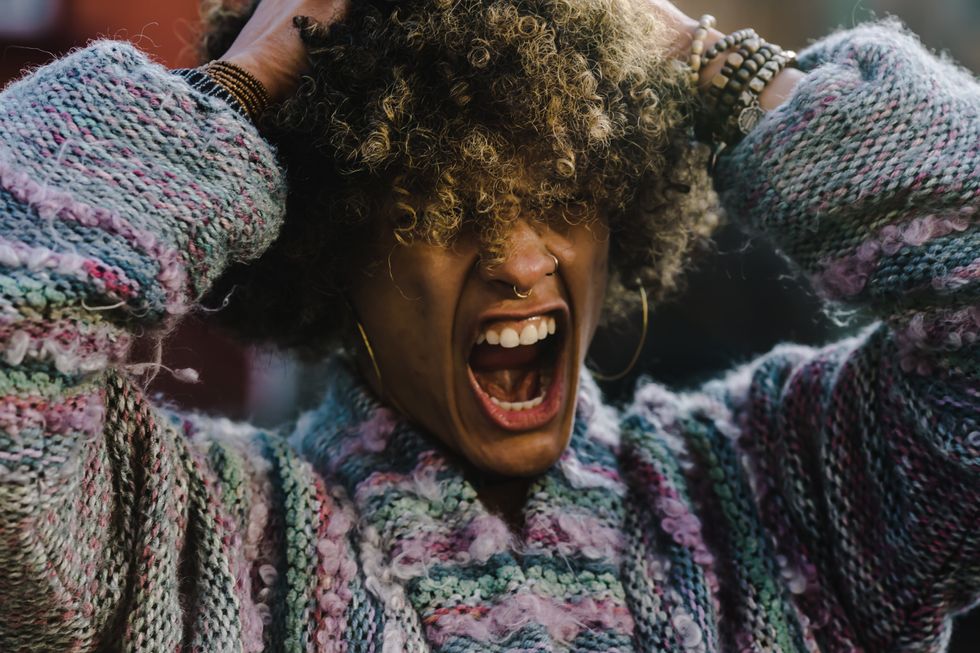 Trump is the figurehead for an international system that depends on an 'enfeebled' Africa in order to rob the continent it of its riches. Here's how it works.

Donald Trump thinks Africa is a country, and a "shithole" at that.

At a meeting in the White House last week on immigration Trump asked lawmakers "Why are we having all these people from 'shithole' countries come here?"—referring to Haiti and "Africa"— before suggesting the US take more immigrants from countries like Norway. In previous meetings Trump has said that Haitians "all have AIDS" and that Nigerian immigrants would never "go back to their huts" if allowed into the US

The latest outburst is the most naked indication of his white supremacist ideology so far—a view of the world that combines open racism with austerity. With Trump, moral decency takes a back seat while access to water, food, housing, healthcare and security are thrown out the window. What matters to him and his kind is that the rich get richer and consequently the poor get poorer.

With the new tax bill, Americans are seeing at home the exploitation they and other rich nations have been exporting across the world for centuries.

The Makings of a Crisis

On the African continent, this philosophy of exploitation has led to a sweeping migration crisis with citizens of various countries leaving their homes in search of basic economic security. Many of these migrants aspire to work in what they see as the functioning economies of the global north—though contrary to popular belief the vast majority migrate within Africa. This has led to an estimated 400,000 to 1 million migrants languishing in North African ports seeking European passage—a situation that is one of the root causes of the Libyan slave trade.

Africa is arguably the richest continent on earth home to everything from oil and gas to precious stones, valuable minerals and unparalleled naturescapes. In fact, the continent has three of the five fastest growing economies in the world. A study released in May 2017 by several campaign groups calculated that "the countries of Africa are collectively net CREDITORS to the rest of the world, to the tune of $41.3 billion in 2015."

They calculated that in 2015, African countries received $161.6 billion in foreign loans, personal remittances and aid in the form of grants "yet $203 billion was taken from Africa, either directly – mainly through corporations repatriating profits and by illegally moving money out of the continent – or by costs imposed by the rest of the world through climate change." How this translates is that vastly rich nations are sold off to foreign interests and multinationals vis-a-vis the facade of government to government aid.

A Web of Shit

In August this last year UK Conservative Party's own Trump-like figure, Boris Johnson made a trip to Nigeria replete with photos pointing at maps and cradling little black babies. This trip was to the northeastern region ravaged by the islamist terrorists Boko Haram. Nigeria is one of the largest aid recipients of the UK. Myriad crises abound; though some 2 million Nigerians have been displaced by islamist sect Boko Haram in the northeast since 2009. A significant number of whom ended up in Libya's slave camps. Northeastern Nigeria is also in the grips of famine with millions of lives at risk.

This is how the game works across Africa: man made crisis ensures (legit or bullshit, it doesn't matter), aid flows in, free money for bureaucrats, nominal fixes of humanitarian crisis and human or natural resources extracted (people, minerals or otherwise). Repeat.

Vice President Yemi Osinbajo, claims a whopping $15 billion was stolen from the military's public purse by the previous administration via fraudulent arms deals. The underfunded military weakens security in the northeast battling Boko Haram only driving migrants to Libya or other dangers. Then in October last year, President Muhammadu Buhari fired two very high ranking politicians for stealing a combined $50 million that would have helped the war ravaged north east rebuild and deter insurgents.

These places that Trump calls "shitholes" are exploited—wealthy nations deliberately trapped in a loop of underdevelopment. Indeed, British oil interests get free reign in Nigeria. The oil rich nation recently recovered $85 million from an oil licence deal, "mistakenly" deposited in Britain. In November 2017 Amnesty International acquired internal documents pointing to complicity by UK's Royal Dutch Shell in crimes committed by the Nigerian military during the 1990s to suppress peaceful protests that killed 80 people, plus torture and rape with almost 600 homes burned. The people were protesting years of oil spills poisoning the land and water. When public officials pocket aid money and it's quid pro quo for foreign investors—fuck the people.

Another example from the other side of the continent is Kenya. For years, Kenya has had a cozy relationship with American military operations in the region. In 2011, they launched a proxy war in Somalia under the guise of suppressing islamist group Al Shabaab. They now boast the 11th most powerful military in Africa. Between 2012 and 2022 the US, EU and The UK will provide easily $4 billion plus in aid to Kenya. And like clockwork, in December 2017, after two years of work on over 125 judiciary cases regarding missing public funds called "the list of shame", they were thrown out leaving "tens of billions of public funds lost or unaccounted for."

And sure as shit with all this money coming in for a "war" in a notoriously fickle region, resources start getting extracted. In 2012 a Canadian oil company started drilling untapped reserves in Somalia and prospects of offshore drilling remain promising for the United States--not to mention access to oil and goods from the Persian Gulf. Kenya also discovered untapped oil in the north in 2012, as well as, Britain's Tullow Oil this year. Poor indigenous locals on these lands are skeptical of the benefits of drilling. In this climate 40% of Kenyans live in poverty, endure unprecedented terrorist attacks since the Somali invasion began, and increased migration to Gulf countries where they can face horrific abuse. The human toll on Somalis is no better, as famine is underway. Money flows in, bureaucrats line their pockets, resources are extracted and the money leaves once again, into foreign bank accounts or toward the profits of French champagne growers. Meanwhile African debt goes up and the people lose-out once again.

The Democratic Republic of Congo (DRC) is perhaps one of the most notorious examples of the art of shoveling shit. Even hit show Mr. Robot gets it when they featured DRC in a global conspiracy between the US and China to control vast resources. Today, the beleaguered diamond rich Kasai region is in the throws of a conflict between rival militias, one backed by the Congolese government. Christian charities and the U.N. estimate over 3,000 killed, boys and girls captured as soldiers, pervasive sexual assault, some 1.3 million people locally displaced and others fled to Angola while famine is imminent—like in northeast Nigeria and Somalia. Most uprooted Congolese remain as IDPs or seek shelter in Rwanda, Uganda and Burundi but the minority go West.

Like Nigeria and Kenya, billions of dollars of aid money from USAID and EU flows to DRC. The U.N. has a whopping 19,000 regularly stationed officers throughout the country to manage neverending conflicts. DRC is the singularly richest place on earth worth a reported $24 trillion dollars in natural wealth. That's Trillion with a "T". It can mean life or death over diamonds in Kasai or the illegally mined, conflict minerals coltan and tantalum that power ALL the world's electronic devices. Citizens with an average salary of $400 a year and 4.1 million internally displaced live in a country where GDP has tripled over the last decade. The DRC is an emblem of Western greed and brutality, African corruption and cruelty, heart shattering misery and jaw dropping wealth.

So while the American president might denigrate those immigrants from the "shitholes" of the world, he misses the point that foreign nations and corrupt African leadership directly benefit from an enfeebled Africa—a continent of otherwise enormous wealth and dignity. In 2018 it's high time for the neocolonial powers that be to stop subsidizing terrible leadership in Africa through foreign aid while pretending their naked racism goes unnoticed. And it's time for rank and file Africans to take conscious and conscientious control of our destiny. We've got the natural wealth to make it happen and everybody knows it but us.