Tumi Enjoys A Guys' Night Out In The Video For 'Visa' 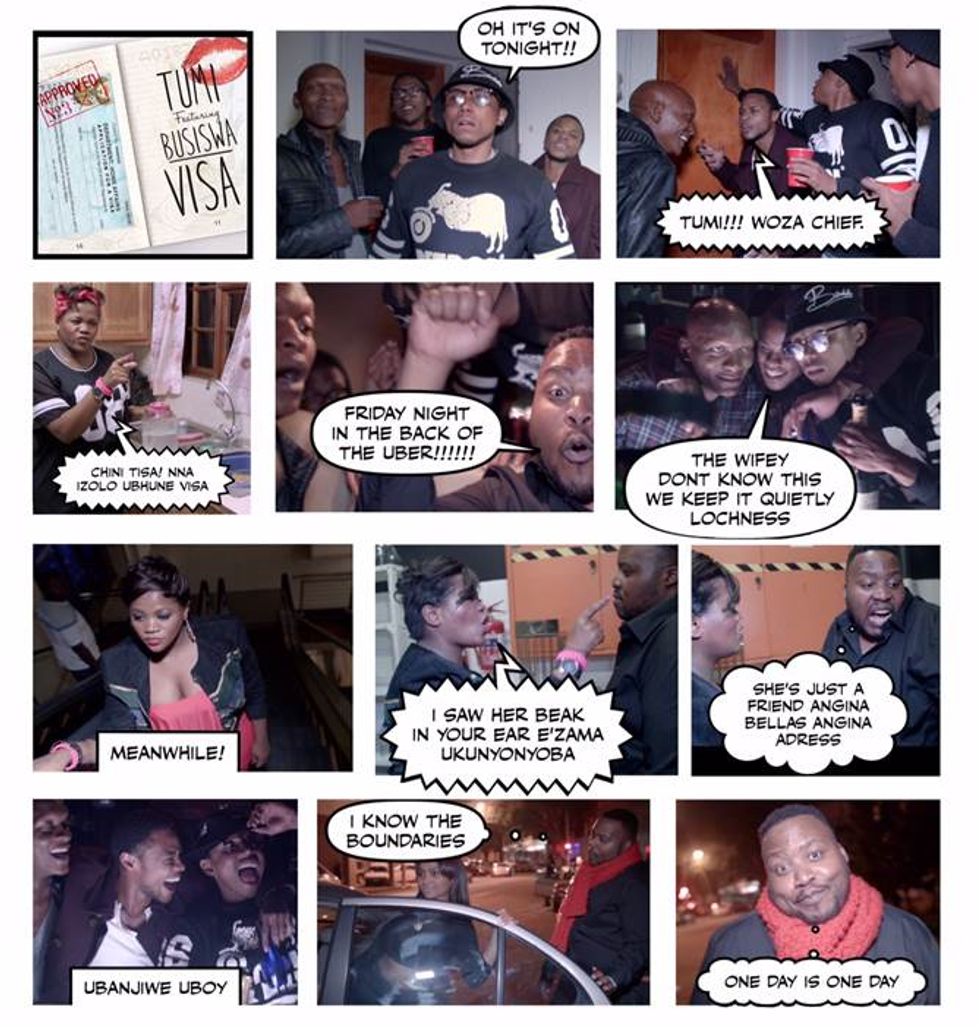 South African rap veteran Tumi encounters temptation in his guys' night out video for "Visa," off his new LP 'Return of the King'.

Veteran Johannesburg-based MC Tumi Molekane dropped the surprise album Return of The King last month with an open letter revealing his intentions to deliver true stories of South Africa. Last year, the South African rapper caused controversy with the intense and divisive imagery featured in his video for the single “In Defence of My Artr,” which included a shot of Tumi holding two women by hair leashes. While some were offended by his arresting visual expression of the realities of violence and misogyny in present-day South Africa, Tumi was steadfast in his aim to present uncomfortable truths drawn from his own personal experiences. When we interviewed the rapper on the matter, he had this to say:

"I gained most of my black consciousness awakening through the stories of patriarchs, men who fought other men and disregarded their women’s rights, people who became the very ills they sought to eradicate. I live in a rape country. Where most of my female friends and family are victims of violence. I have been a cheat, a dog, a chauvinist more times than I have been checked for it. I know powerful women who fight other women for their men. This is the motif we presented. There are other subtleties that I haven’t spoken on but this as well as Kyle’s [Kyle Lewis] edgy and race visual style informed the video. Also, I might add, it’s very disappointing to have to explain an explanation".

For his second music video off the new LP Return of the King, Tumi shows a lighter and more playful side of storytelling. The visuals for "Visa," shot in the style of a video diary, depict comical scenes of the MC being scolded by his wife for requesting 'visa' permission to have a guys' night out with his friends. After receiving his desired license to party, Tumi encounters temptation, as he embarks on a mischievous adventure of bar-hopping and girl-chasing with his crew. Watch the hilarious video for "Visa," featuring Busiswa and cameos from Cassper Nyovest and Vanessa Mdee, below. Grab Tumi's new LP Return of the King via iTunes.