AFRICA IN YOUR EARBUDS #22: tUnE-yArDs 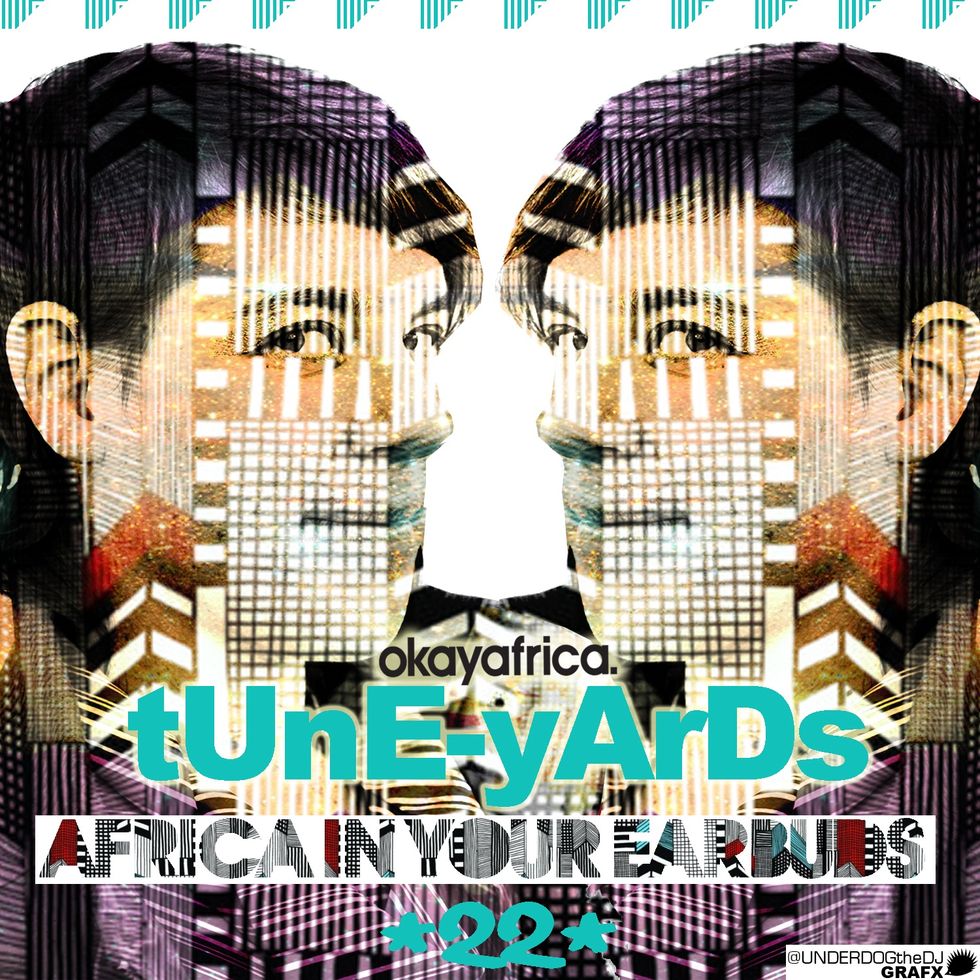 Download an Africa In Your Earbuds mixtape from tUnE-yArDs (aka Merrill Garbus) composed primarily of vintage finds from East Africa.

tUnE-yArDs' experimental creations have always carried, in structure or spirit, an aspect of the diaspora. Endless drum loops, stacks-on-stacks of vocals and ukelele, plus vast live improvisation gained the New England brainchild of Merrill Garbus comparisons to afrobeat and afropop — but tUnE-yArDs' tracks live in a much different space, incorporating aspects of R&B, lo-fi aesthetics and pop melodies to those African sounds.

For Africa In Your Earbuds #22, Merrill put together a mix composed primarily of vintage finds from East Africa — ranging from Ethiopia's Lema Gebrehiwot, Somali group Dur Dur and Tanzania's Mlimani Park Orchestra — with a touch of modern Naija pop and DRC ndombolo from 9ice and Koffi Olomide. We asked Merrill to explain her mix:

No doubt, I have a limited knowledge of African music, because, well, that's an entire continent and thousands of years of music, and a girl from Connecticut only has so many hours in a day. So for this mix I delved into my old favorites, artists who have influenced what I do now, as well as some things I've been introduced to fairly recently.

First: thanks to Matt from Domino Sound in New Orleans, who has been traveling to Ethiopia himself to release music from there. He just came back with several new vinyl records of not-new (70s) Ethiopian music that you've most likely never heard before. You can only get them if you give the guy a call and have him send them to you, or go there yourself! It's worth a trip to NOLA, I tell you. Second: my knowledge of African music has been jump started by DJ Fitz, our tour manager in Europe and one of the creators of DOODcast (subscribe for freeon iTunes and you'll hear what all the hubbub is about.) Fitz introduced me to Dur Dur, a grooving '80's band from Somalia. We play this jam before most of our tUnE-yArDs shows and the ending really gets me jazzed.

Music from Tanzania, whether the traditional Wagogo music of The Zawose Family or the Muziki wa dansi (dance music) tunes of the 80s, has really been an inspiration to me. As has Johnny Clegg and Savuka, one of the first mixed-race bands out of South Africa. I grew up on this "Moliva" track. And then a couple dance tunes that I can't stop listening to, one from a few years ago out of Nigeria by 9Ice. NICE! And then an ndombolo track from Koffi Olomide, which was what everybody was listening to when I was in Kenya in 2000.

Download AIYE #22: tUnE-yArDs below! Shout out Underdog for the cover artwork!