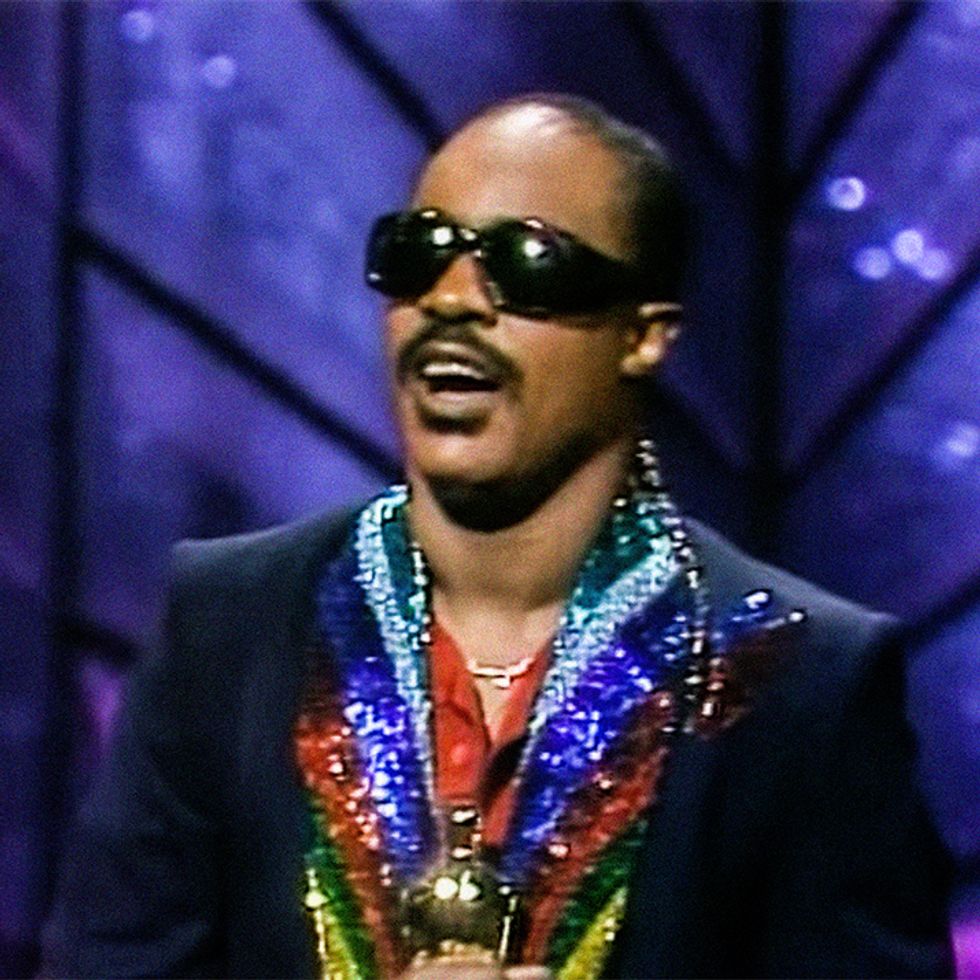 In his 1985 Oscar speech for “I Just Called To Say I Loved You” Stevie Wonder accepted the statuette on behalf of Nelson Mandela before moving on to thank Dionne Warwick and Gene Wilder.

A fleeting moment, perhaps, but for the white supremacist regime in South Africa it was enough to issue a broadcast ban on Wonder’s music. But Stevie Wonder’s connection to the anti-apartheid struggle went deeper than just the one speech. The same year—1985—Wonder hired exiled South African musicians to play on the song “It’s Wrong (Apartheid)" for the album “In Square Circle.”

Earlier that year, on Valentine’s day, he was arrested during an anti-apartheid protest in Washington DC, telling the Washington Post that he was guilty of being "a conscientious criminal for world equality and against racial oppression and apartheid." It looked liked this.

Less than four months after the ban, South African President P.W. Botha would announce a state of emergency, giving the police and military broad powers to implement curfews, censor the media and detain people without trial. A violent crackdown on black South Africans ensued. By 1988, 30,000 people had been detained and many tortured.

In 1997, Wonder would get to sing Happy Birthday to, now President, Mandela on his 80th birthday