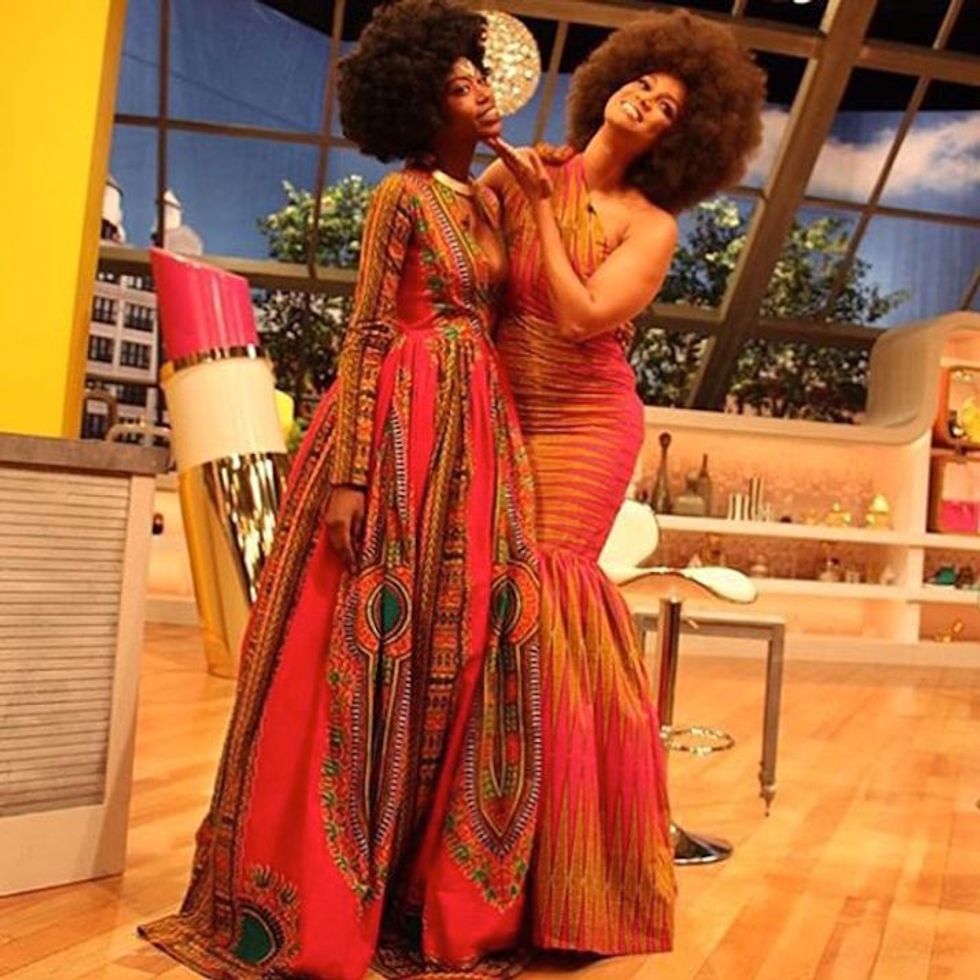 Tyra banks is wearing my Design, words cannot explain that feeling. I am so thankful and so blessed to have you @tyrabanks in my corner. This is only the beginning. Can everyone agree that Tyra looks stunning in African print?!! And that Afro?!! Whaatttt ????? #blackgirlsrock #fablifeshow #Melanin #africanprint #africa #kyemahmcentyre #kyemah #mindofkye_

Since posting a photo of her self-designed, now viral prom dress on Instagram, 18-year-old Kyemah McEntyre has been approached by Indie Arie, Naturi Naughton and other celebrities interested in her sartorial skills.

Now, the New Jersey native has another famous name to add to her client roster: former supermodel Tyra Banks.

Tyra recently invited Kyemah onto her new talk show, FABLife, and surprised her by wearing the commissioned Nkrumah pencil print dress that the young designer had custom-made and delivered earlier that day. The two had a heartfelt discussion, with Kyemah wearing her famed frock, of course.

As a freshman at Parsons School of Design in New York, Kyemah is certainly on the right track to putting her unique touch on the homogenous industry.

"I was trying to show society that it's OK to be yourself and I say that over and over again because I think it's really important that we let people know that you don't need someone else to define your identity," she said on FABLife. "This was a representation of me and where I come from, which is Africa."