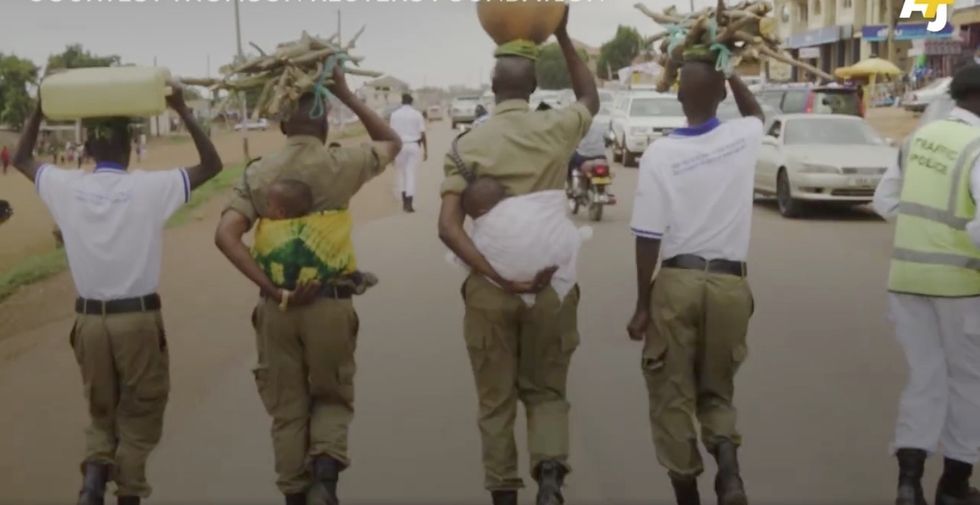 Ugandan police officers are taking to the streets to protest widespread violence against women.

A new video from AJ+ highlights the efforts of Uganda's police force to tackle gender-based violence in their country.

In the two minute clip, we see a group of officers tie babies to their backs and carry pots and firewood as they take to the streets to protest widespread violence against women and shine a light on the hardships that Ugandan women face.

"We want to put ourselves in the shoes of women," said Francis Ogweng, one of the participating officers who also recalled the recent killings of 23 young women in the area. "We chose this area and asked the question: why are these criminals targeting women?"

According to the video, one in three women in the country have experienced violence at the hands of their partners—an epidemic that was further highlighted earlier this month, when a Ugandan politician suggested that men should beat their wives on national television.

Through their marches, these officers are proving that they don't hold these same retrograde attitudes towards women, and are actively working to change them. They have the support of many folks on social media, who are commending their feminist efforts.

@ajplus This is very commendable. It shows commitment on the part of law enforcement to seriously tackle and discou… https://t.co/O3NkN5ytCu
— Nazir (@Nazir) 1522763678.0