Ugandan Disney Exec on Bringing 'Queen of Katwe' to Life 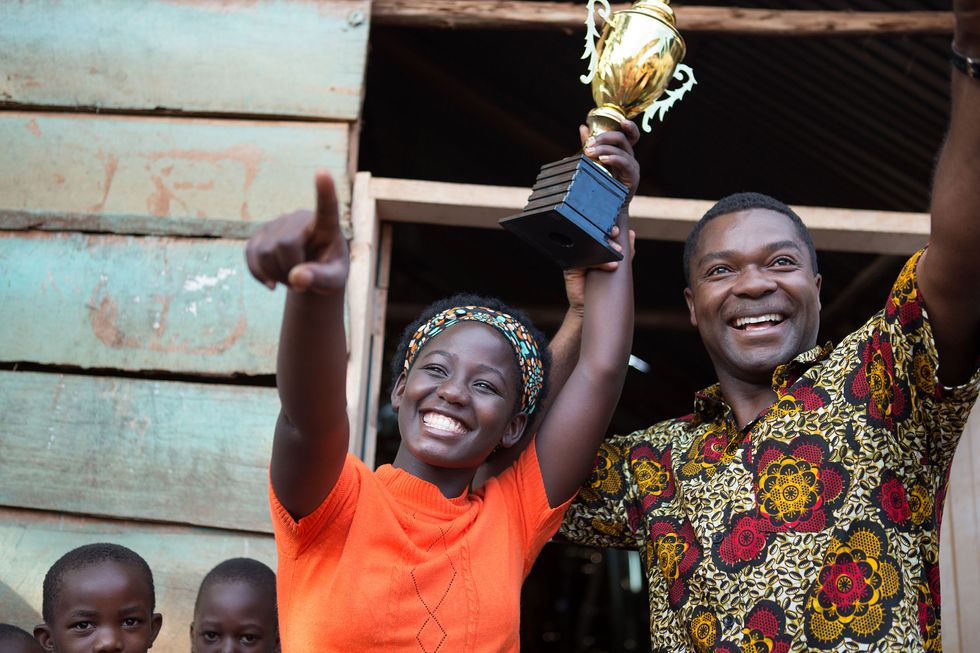 Tendo Nagenda, Disney’s executive vice president of production, speaks on the commitment to tell stories authentically with 'Queen of Katwe.'

It was an ESPN feature by the former senior Sports Illustrated writer, Tim Crothers, that moved Nagenda, Disney’s executive vice president of production, to facilitate the Queen of Katwe. “What I saw is a genuine underdog story and something that was as relatable as Cinderella—which is another movie I worked on.”

Nagenda worked on Disney’s latest production about the Ugandan chess prodigy Phiona Mutesi which chronicles the teenager’s triumphs despite her harrowing experiences in childhood, including her father passing from AIDS and growing up in a slum, with no guarantees of a full meal. By the time she was 11, Mutesi had won the women’s junior championship and continued to dominate the competition for three more years. 2009 was the first time the chess champion ever boarded a plane or slept in her own bed, at a hotel, during a trip to Juba, Sudan where she took the cup. Experiences that Crothers captures in the 2012 book: Queen of Katwe.

On the responsibility to make believable stories, Nagenda shares: “There’s a commitment to telling stories authentically. We shot in Africa—in Uganda and South Africa. All the children in the film had never acted before and were from Katwe. That was a big thing for Disney to commit to using untrained actors—to make sure we trained them.”

One of the most conspicuous details in the cast line-up is that Oscar winning actress Lupita Nyong’o (12 Years A Slave) and Oscar nominated actor David Oyelowo (Selma) are not Ugandan. “We wanted to hire the best actors to portray these parts—Oyelowo as the coach Robert Katende, and Nyong’o as Phiona’s mother Nakku Harriet. I think authenticity goes deeper than this specific country. If you start to dig in on that level, you’d have to find someone who can act and attract a worldwide audience. Lupita and David can bring an authenticity in their portrayal because both have spent significant time in the region and got a sense of Uganda.”

Oyelowo was in Uganda to film The Last King of Scotland and Lupita attended the Maisha Film Lab, which was founded by the film’s director Mira Nair (Salaam Bombay!), long before Hollywood catapulted her to the A-List.

Star power aside, Nagenda notes that this film is indeed authentic, explaining: “This is a story about people raising themselves up—nobody comes to their rescue from the West, we thought that was a very important thing to do.”

Speaking on the importance of having Africans in corporate side of show business, Nagenda states: “When we are able to bring our point of view to it, we are able to show how stories from that point of view connect us to the rest of the world as opposed to separate us.”

A-List, African, Hollywood heavyweights are so few you’d be forgiven for thinking that no African executives exist. Nagenda is a Ugandan-Belizean professional who was U.S. born, but lived in Uganda as a 12-year-old. “We stayed for a year-and-a-half but it changed my world view. It helped me understand the things that Uganda, Africa, had in common with the rest of the world.”

On the importance of the soundtrack and working with a team that understands the region, Nagenda says: “The director [Mira Nair] is particularly attuned to music and it plays a big part in all of her films—she really took pains to ensure we were accurately representing music from the region.” The soundtrack includes new, old and trending stars including: Davido, Alicia Keys and Afrigo Band—to name a few.

Phiona’s story is a reminder of that “gifts in young people live everywhere. It doesn’t matter where you’re from,” according to Nagenda. Come September 23, Uganda’s biggest film to date will remind audiences that excellence too can be found in Katwe. Or as Nagenda put it: “It’s a movie from Africa for the world.”