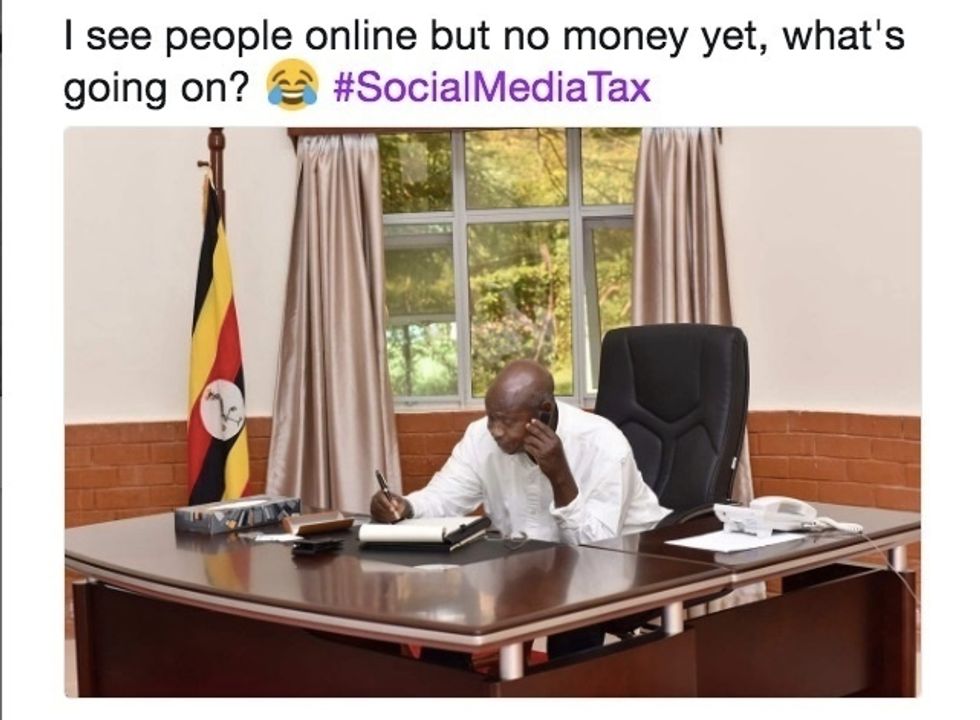 The controversial social media tax has gone into effect in Uganda and citizens are using humor—and social media itself—to challenge it.

On Sunday, the Ugandan government put into effect its highly controversial social media tax policy, which charges each Ugandan social media users the equivalent of 200 shillings ($0.05) to use sites such as Facebook, Twitter and Whatsapp.

The policy has caused a public outcry, as many Ugandans believe that the law impedes upon their free speech, and is another government attempt to silence media critics.

Ugandans have widely criticized the implementation of the tax, which Museveni has claimed will help curb gossip in the country, as well as provide the government with more revenue to payoff national debt.

Some are finding creative ways to avoid paying the tax—mostly by using VPNs which make it appear as though sites are being accessed from another country—but others have had to make electronic payments before entering what the government refers to as Over the Top (OTT) sites, BBC Africa.

Several have taken to social media to express their discontent with having to pay to use social media, and it appears that some are trying to initiate a #NoDataWeek in protest of the levy.

As always, many are responding to the social media tax with wit and humor, and are taking jabs at the president, even referencing his infamous "the mouth is for eating" rant. Check out some hilarious comments below.

successfully paying your monthly #SocialMediaTax only to be online alone because your friends haven’t paid yet 😭😭😭😂😂 https://t.co/hqvLex86Dl
— Janzy (@Janzy) 1530210506.0