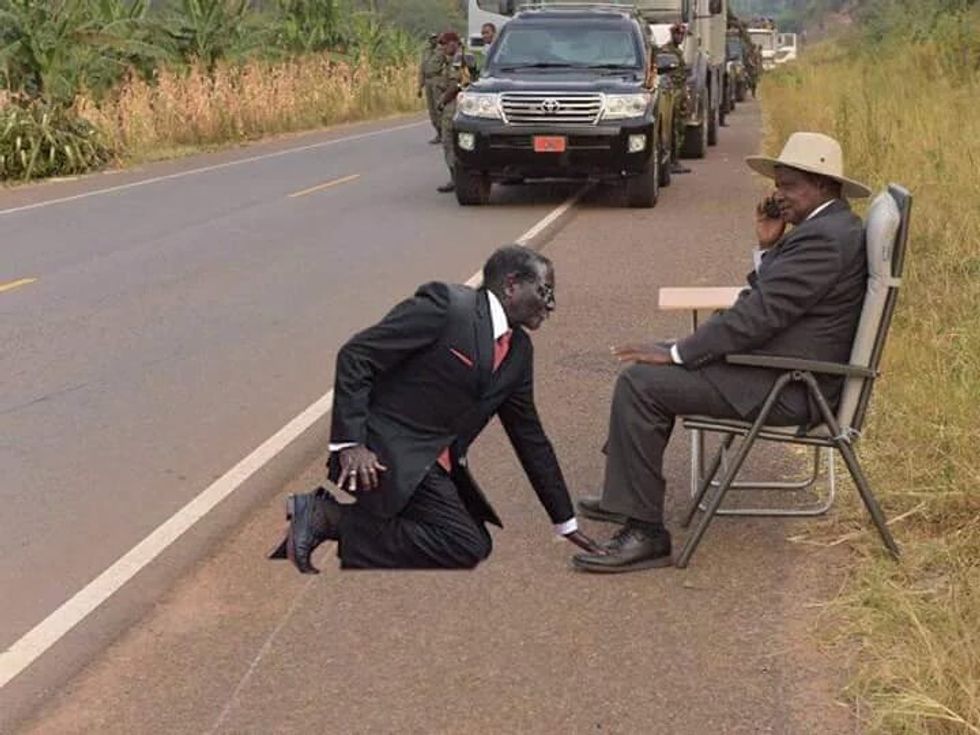 Ugandans had absolutely no chill.

His motorcade screeched to a stop in Kyeirumba village and out came a padded foldout chair placed on the side of the road. Museveni plopped down to chat for 30 minutes. Afterward he greeted residents who had gathered.

And Ugandans had absolutely no chill. Some speculated whether Museveni was trying to stop the release of his political rival Kizza Besigye from being released on bail.  They made memes and created the #M7Challenge, (a play on Museveni’s nickname), sharing photos imitating the 71-year-old leader.

Their reactions are too funny:

Eric omondi is a fool.? #M7Challengepic.twitter.com/ZXQ6BqtpZI

But why ? people can be savages #M7Challengepic.twitter.com/aPB7Di4sxN