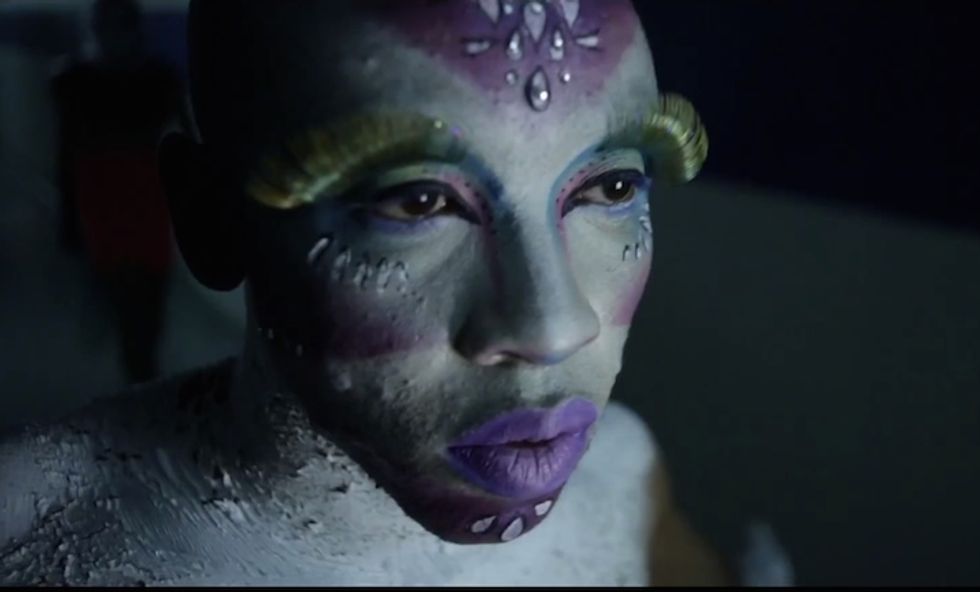 Cape Town's future kwaai creative Umlilo returns with his trademark avant-garde aesthetics in a dark video for "Magic Man" off his forthcoming Aluta EP via naasMUSIC. In his fifth official video single to date, Umlilo inhabits a mystical realm that yearns to extend itself outside of imposed walls. Shot at Old Cotton Mills in Epping in Cape Town, this latest clip reunites Umlilo with director Jasyn Howes and cinematographer Nicolas van der Westhuizen, the Cape Town-based creatives behind the anarcho-art performance piece "The Elements." As a partially-mummified Umlilo undulates theatrically down a deserted hallway, he rails against a society that confines itself to mainstream binaries.

“'Magic Man represents a person's metamorphosis from a tortured outsider to a fully realised divine being and I wanted the music to reflect the transformation,'” Umlilo said in a press release. Pushing boundaries has proven a necessity for the "kwaai diva," and the self-produced electronica track with dub, dancehall and baroque synth-pop leanings revels in its refusal to be categorized. In an interview with Okayafrica back in May 2013, Umlilo told us "The world needs fresh stories, fresh ideas, new ideas and people who embrace that. It’s also frustrating to look at pop culture and feel like no one represents you or the kind of person you are– so the best is to become the person you want to represent you.” On his latest, the warped visuals take us on a dark journey through an alternate reality as the track's thumping bass finds a lush coating with Umlilo's buttery vocals. Immerse yourself in the world of Umlilo's "Magic Man" below. Look out for Aluta to be released on naasMUSIC later this year. For more from Umlilo catch up on the videos for "Living Dangerously," "The Elements," "Out Of My Face."